Going into overdrive for pets in Washington state

Image
Best Friends' grant helps Kitsap Humane Society in Silverdale, Washington, take in even more dogs and cats from other shelters to get them adopted.
By Denise LeBeau 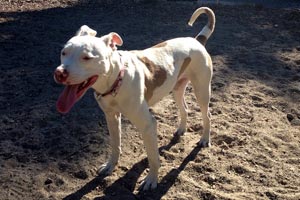 Keith, a tan and white, sweet-as-pie pit bull terrier, mixed with who knows what, sat for months at a shelter in rural eastern Washington. He had done nothing wrong. He simply lost his home, and, with no adoption interest at all, his prospects appeared grim. While rescue groups routinely came to the shelter to pick up other dogs and drive west to Seattle, where they’d be quickly adopted, no one picked Keith.

One day, however, a representative from Kitsap Humane Society (KHS) in Silverdale, Washington, came to give Keith a chance. It was all made possible because KHS had received a $10,000 No More Homeless Pets Network grant from Best Friends Animal Society. Finally, Keith was on his way.

Kitsap Humane Society, like many shelters in the Pacific Northwest, brings animals in from other areas for adoption. Even though shelter staff have saved many at-risk pets from other areas, they felt that with help, they might be able to have even more of an impact. That’s where the Best Friends No More Homeless Pets Network comes in. The Network comprises animal welfare organizations across the country that band together to end the killing of dogs and cats in our nation’s shelters. Natalie Smith, KHS’ director of animal welfare, contacted Best Friends for assistance.

Best Friends helped KHS assess the region around the shelter to determine what areas and types of pets were most in need of help. As in most areas of the country, the state’s most at-risk animals are large-breed dogs (especially pit bull terriers and mixes), cats and kittens. Next, the shelter staff applied for and received the grant to help them bring in more at-risk animals from other parts of Washington state. 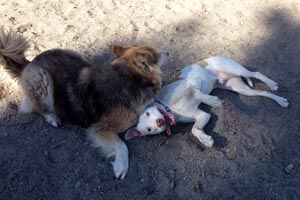 That’s how KHS was able to snap up Keith and bring him to the shelter, where he would have a new chance at finding a home. KHS staff have been selecting “ambassador” pit-bull-terrier-like dogs, who are sometimes overlooked by adopters in favor of other breeds. Keith, their next pick, proved to be a superstar ambassador.

“Keith loves to play with other dogs and is really savvy about interacting with all types of dogs’ play styles,” says Natalie. “He’s very respectful during dog-dog introductions and it’s so fun to watch him go from playing ‘chase me,’ where they run around, to more rough and tumble wrestling with dogs who enjoy rolling in the dirt.”

By the end of the grant’s three-month span, Kitsap Humane Society had brought in 246 dogs, cats, kittens and puppies from other shelters. That’s compared to a total of 136 for the entire previous year.

“Without the funding, we would not be able to save as many lives. And it was a great feeling to know that such a well-respected organization believed in our vision and shared our passion,” says Natalie.

Perhaps most exciting of all, after only two weeks at KHS, Keith found a great home. He loves his new life with a family of his own.

Photos by Mary Eklund of FourFoot Photography and Natalie Smith