Happiness for a cat with FeLV, FIV and diabetes

At first glance, you can’t tell there’s anything different about Cisco the cat. He has sleek black fur with a white spot on his chest, and the tips of his toes look like they’ve been dipped in white paint. He’s fun and frisky when he’s chasing or batting a toy around with one of his kitty pals. When Cisco meets a new person, he turns on the charm until the stranger is his new best friend. You can’t tell he has not just one, but multiple diseases, because he feels so good now that it doesn’t show.

What makes Cisco extraordinary is how happy and full of life he is since he got the help he needed at Best Friends Animal Society. Despite his larger-than-life personality (including his tendency to leap onto your shoulders and purr loudly in your ear just seconds after you’ve met him), he wasn’t having much luck finding a home after ending up at a shelter in California. He needed help with some serious health challenges and a better shot at finding a home of his own. That’s why Cisco came to Best Friends. 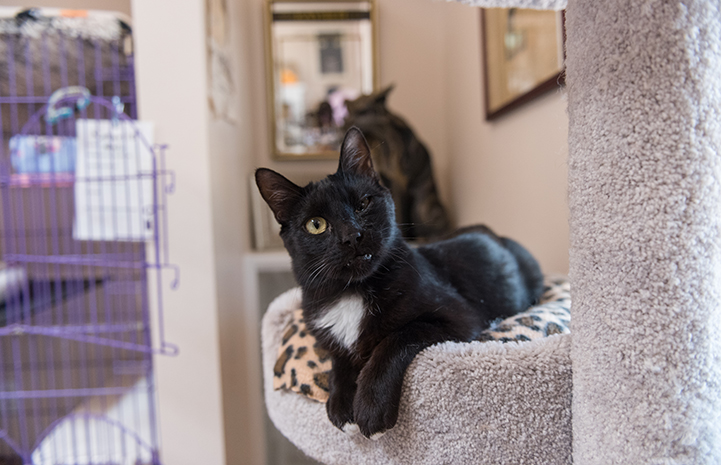 When he arrived at the Sanctuary back in May, Cisco seemed to have a severe upper respiratory infection. Much like a person with a terrible cold, his nose was stuffy and sniffly, and he had little interest in eating. When he did eat, he didn’t seem to enjoy his food at all.

Cisco’s “kitty cold” wasn’t much of a surprise. He has feline immunodeficiency virus (FIV) and feline leukemia (FeLV), both of which are viruses that weaken cats’ immune systems and make them more susceptible to secondary infections, including upper respiratory infections.

Learn more about FIV and FeLV

Cats with FIV and FeLV are also prone to dental disease, and Cisco had that, too. During his dental surgery at the Sanctuary, Best Friends vets removed some teeth that were too damaged to be saved. They also discovered the real reason Cisco seemed to have a permanent cold. It wasn’t an upper respiratory infection at all, but a large polyp that was making it hard for him to breathe. It also probably made his food taste like cardboard. 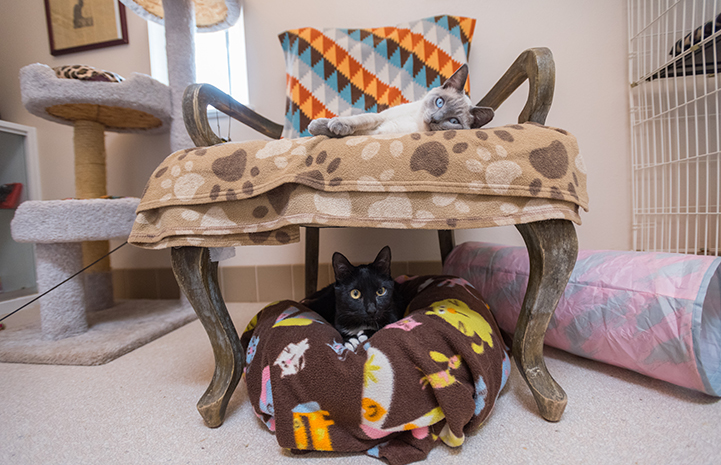 What is diabetes insipidus?

Though it wasn’t cancerous, vets removed the mass so that he could breathe and eat normally again. By the time he recovered from surgery and returned to Cat World, he was feeling so much better than he had been for months.

“Within a few days, he was a different cat,” says Julie Contival, Cat World caregiver. “He could eat and breathe normally. It was just fantastic.” 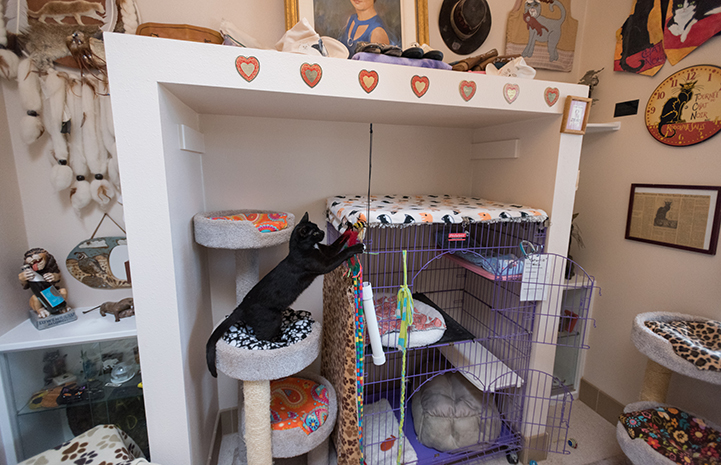 Cisco was eating more than before because he felt good. He also was drinking more, but there was a different reason for that. He has a condition called diabetes insipidus, which sometimes is called “water diabetes,” because it affects the body’s ability to retain water. This makes Cisco drink and urinate more frequently. But daily medication helps his body regulate fluids and keeps him feeling his best. 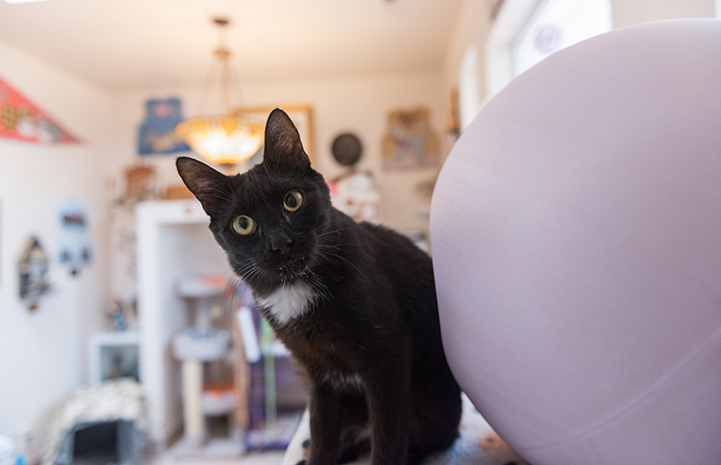 Reminders from a cat with FeLV, FIV and diabetes insipidus

If you add up Cisco’s medical conditions, you could say he has the odds stacked against him, since all of these conditions likely will shorten his life. But if you meet him, you might forget he’s not in perfect health.

If you walk in the door at Casa del Calmar (Cisco’s residence at Cat World), he’ll rush over to greet you, climb on your shoulders and nuzzle into your neck. He has a knack for brightening people’s days, which is why Cat World volunteers love taking him for stroller rides and sleepovers. 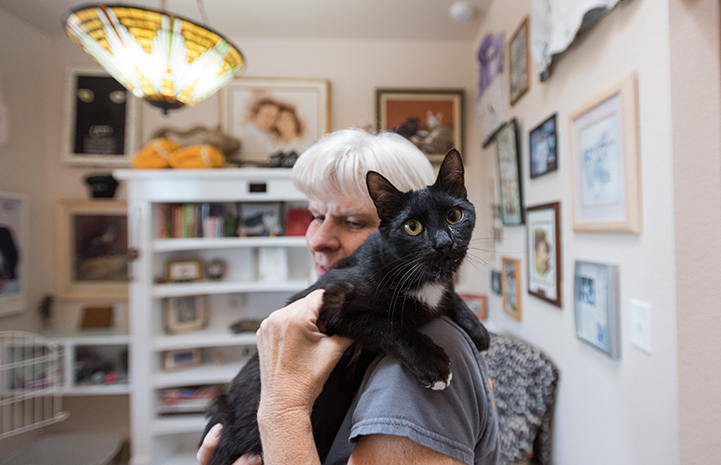 Cisco’s not easy to forget, and he’s a cat who can help us all remember to enjoy some of life’s most simple pleasures: a good meal, a breath of fresh air, some play time and a chance to turn a stranger into a friend. 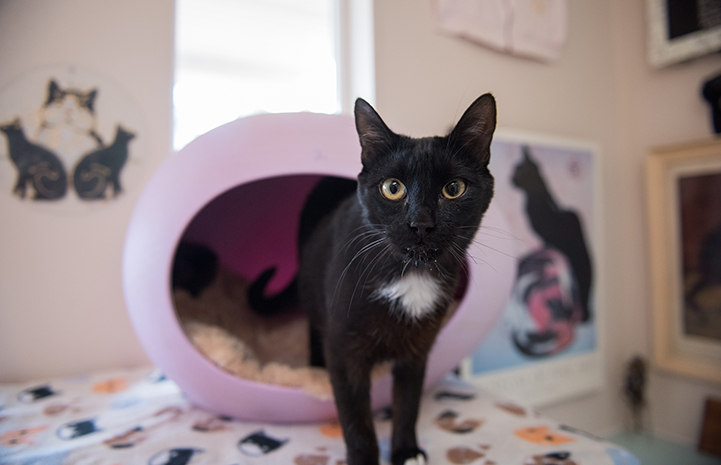