Helping a cat with pica

Ufro, who came to Best Friends Animal Society from a shelter in L.A., hadn’t been at Cat World for very long before his caregivers discovered that he had a rather troubling habit. He liked to eat, but he wasn’t just chowing down on food.

Ufro was displaying some of the classic symptoms of pica in cats, an eating disorder that causes a compulsive appetite for things that are not food and that can cause harm to the body. And that was something that could spell big trouble. Ufro’s caregivers had to act fast to keep him healthy, happy and safe. 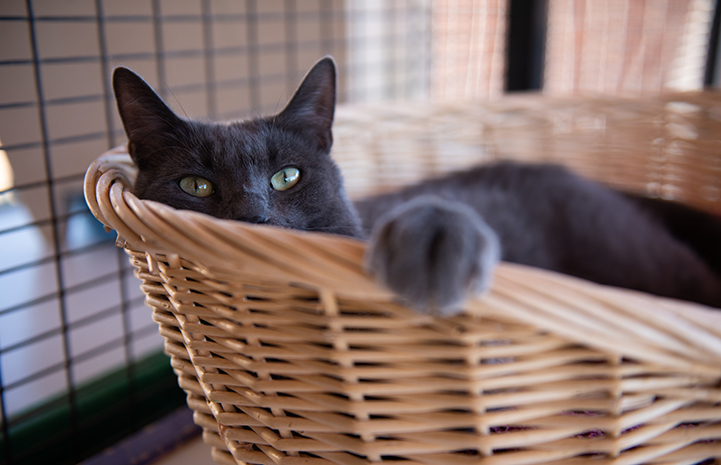 What is cat pica?

Pica is not just a feline eating disorder. It can also affect people, dogs (like Ruger) and other animals. Not every cat who eats something odd from time to time has pica. But if you notice a cat eating litter, string, paper, cardboard, dirt or other nonfood items, it could be a sign of the disorder.

In Ufro’s case, Cat World caregivers noticed that he liked to rip apart small stuffed cat toys and then try to eat the fabric and stuffing he tore from them. He was also attracted to crinkly cat toys and would tear or chew them into small pieces that could be swallowed. Cleaning tools such as mops, dustpans and brooms, bungee cords (used to hold the cleaning tools in place) and electrical cords also became fair game for Ufro’s unusual appetite.

Besides the clear danger of electrical cords, pica can cause life-threatening blockages in the digestive system. But Ufro’s caregivers weren’t about to let anything bad happen to him. All the electrical cords in his room were immediately covered with heavy plastic tubing to prevent him from chewing them. Bungee cords were removed from the room and cleaning tools were secured out of reach. All the soft toys were swapped out for sturdy ones that Ufro couldn’t break, rip or chew through. 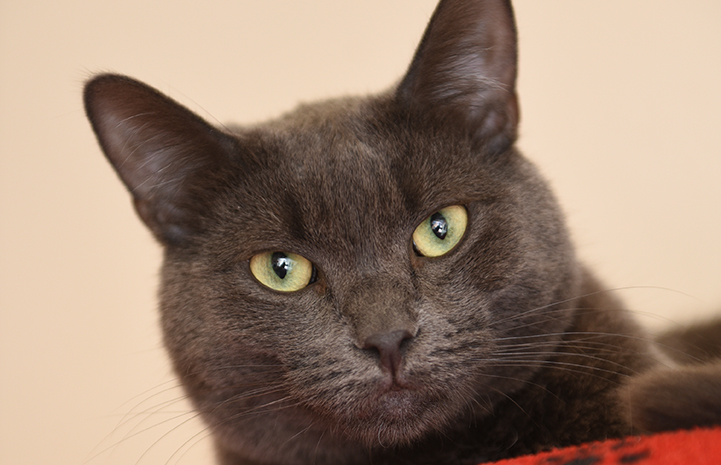 Can pica in cats be cured?

Ufro, who is barely three years old, also was checked out by a vet at the Best Friends Animal Clinic. Rooting out the exact cause of pica is tricky. Pica causes can include nutrient deficiencies or digestive issues, even though Ufro, like all the cats at Cat World, eats a healthy, balanced diet. A full work-up at the clinic (including routine and specialized blood work and deworming) didn’t turn up any issues that could explain the problem.

While there is no cure for pica, Ufro was prescribed medication that can sometimes help reduce cravings for nonfood items. Since it’s not a cure-all, Ufro’s condition must be carefully managed, and his caregivers are always vigilant.

Certain items are not allowed in Ufro’s room and everything that is brought in is carefully screened. There’s a big sign on the door to let visitors and volunteers know that Ufro will eat strange things and that nothing should be brought into the room without his caregivers’ approval. 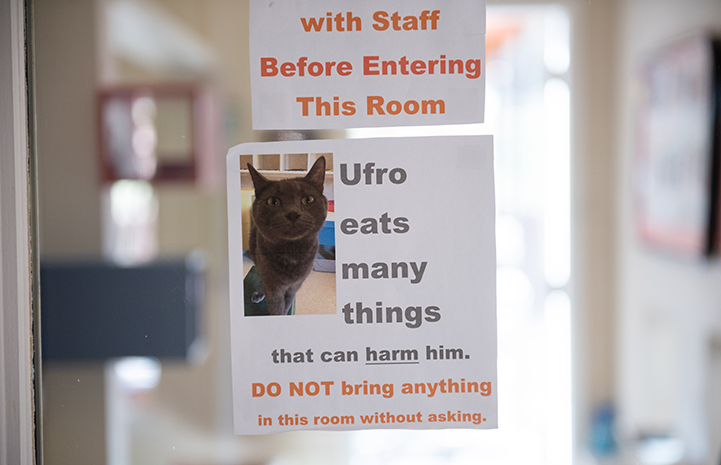 That’s not to say that Ufro (or any of the cats sharing his room) can’t have fun toys. Cat World caregivers and volunteers bring soft or feathery toys into the room for lively play sessions, but after each play session, they simply put the toys away until next time.

Because pica can be a lifelong condition, Ufro may always need a little extra care to stay safe. But, as long as his environment is well-managed and his people are vigilant, the young cat has a long and happy life ahead of him. 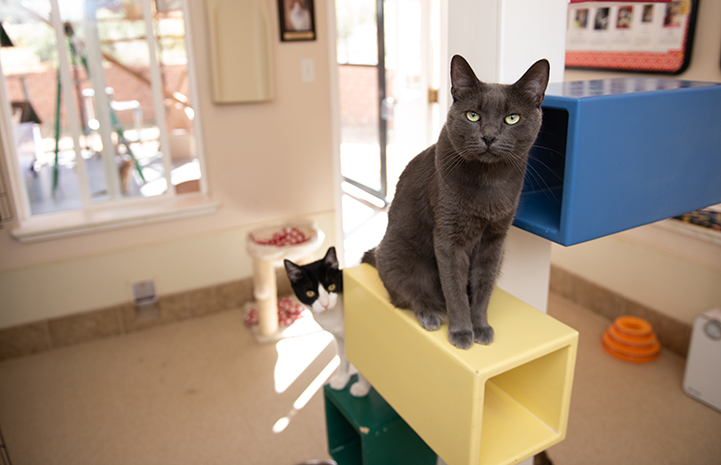