Helping a family of wobbly kittens land on solid ground 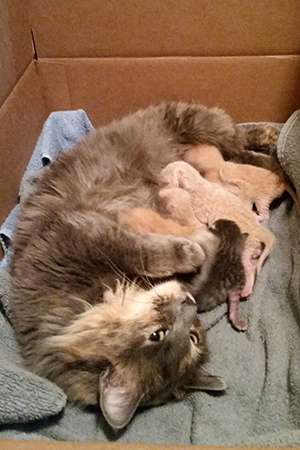 Judy Steiger fosters kittens from the Best Friends Kitten Nursery in Salt Lake City on a regular basis, so when she welcomed a nursing mom named Keiska and her four babies (French Fry, Pickle, Big Mac and Lettuce) into her home, she had a pretty good idea of what to expect. There’d be mischief, epic tail chases (some at 3 a.m.) and enough cuteness to fill a stadium.

After spending just a couple of weeks with Keiska and her kittens, it was clear that she had a very special family to look after. All the kittens (except French Fry) had heads that bobbed and walks that wobbled.

In fact, Judy had to hold their heads still so they could eat, and then clear obstacles in their path so they could move around safely. And this worried her, because she wanted them to grow up healthy and strong.

Judy heard that feline cerebellar hypoplasia (CH), a neurological condition sometimes referred to as wobbly or shaky kitten syndrome, causes cats to teeter (just like the kittens she was fostering), but she’d never seen CH firsthand.

Concerned, Judy brought the kittens to the center in Salt Lake City, where the medical team determined that three of the four kittens indeed had CH. Pickle and Big Mac had a moderate form, while Lettuce’s symptoms appeared to be more advanced.

“We typically see a few CH kittens at the nursery every season,” says Shemia Splonskowski, kitten nursery manager. “Usually the cases are mild, but the litter Judy fostered was probably the most severe case in our experience.”

Undaunted by the diagnosis, Judy brought the family back home. The kittens would need extra attention, but that wasn’t going to stop her from fostering them. And with the guidance from Best Friends, she knew they’d be just fine. 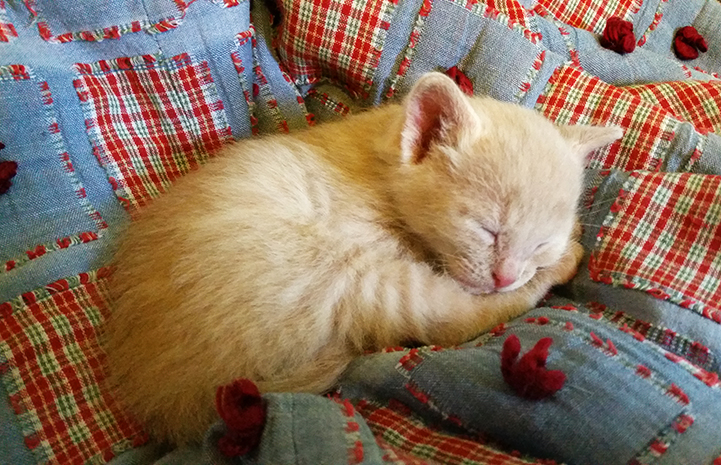 “They were so rambunctious,” says Judy, noting that the kitten quartet would teeter and totter down the hallways for hours. “They think they’re just like other cats. They don’t see themselves as having special needs, and that gave them character.”

Kittens with CH tend to develop at a slower pace, and Judy was patient as they developed their muscles and learned how to navigate on their own. She also found them a special litter box that they didn’t have to step into, and kept them in areas free from potentially dangerous objects.

After about four months, the kittens and their mom were ready to be adopted. Mom and French Fry found homes quickly and, thanks to social media, word about the three CH kittens spread quickly.

Pickle and Big Mac soon got adopted, too. And Lettuce, the cat with the most severe case of CH, found a home when Natasha Gwynn learned about the family on Facebook. 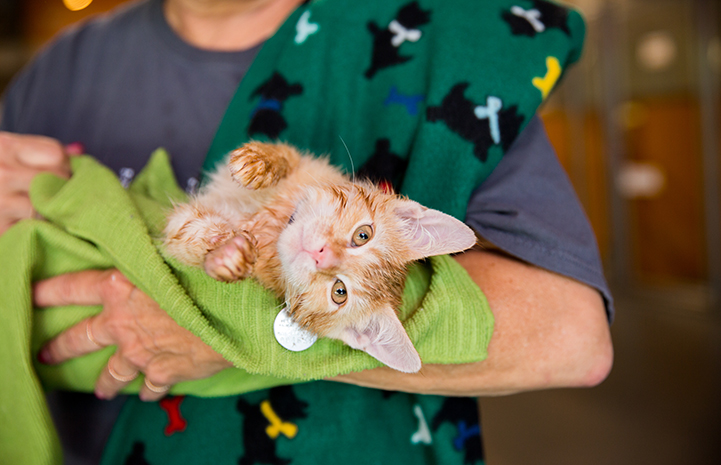 A kitten with CH gets a big support system

“He was the calmest of the bunch,” says Natasha of Lettuce, whose new name is Westley, after the character in The Princess Bride.

At first, Westley was very cautious as he tried to get the lay of the land in his new home. But he learned quickly how to get around. And while a wall could prove good support for Westley while he walks, he prefers to go it alone.

Westley has a big, caring support system now. He’s joined a household with three kids, two dogs and two other cats to boot.

At night, Natasha can hear him playing with the other cats, and during the day Westley gets lots of licks from her BFF, a Maltese and shih tzu mix.

“He’s very happy,” says Natasha. “And he’s just like other cats except that he has a harder time getting around. But he’s a determined little guy.” 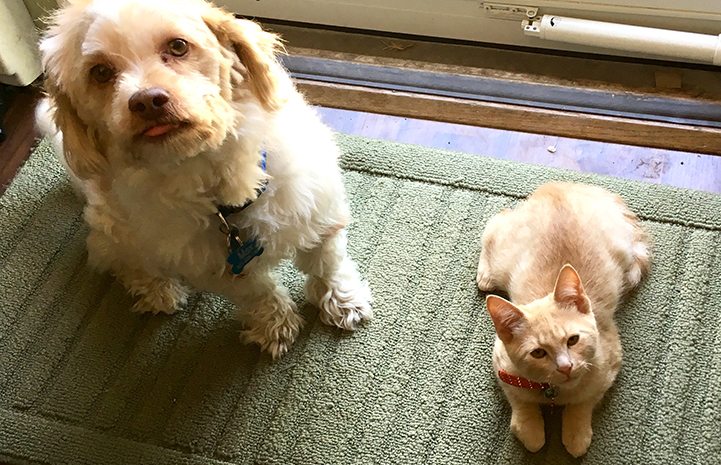 A community to help special-needs cats

Judy occasionally gets updates about the CH kittens she fostered, and when she does, she’s reminded of Best Friends’ important work in making Utah a no-kill state in the very near future.

“If they were at a shelter that wasn’t no-kill, they might not have gotten a chance to grow up strong and healthy,” says Judy. And even though her spirited house guests kept her on her toes (and sometimes awake at all hours of the night), she says she’d do it all again. “There’s whole community with big hearts for special-needs animals.” 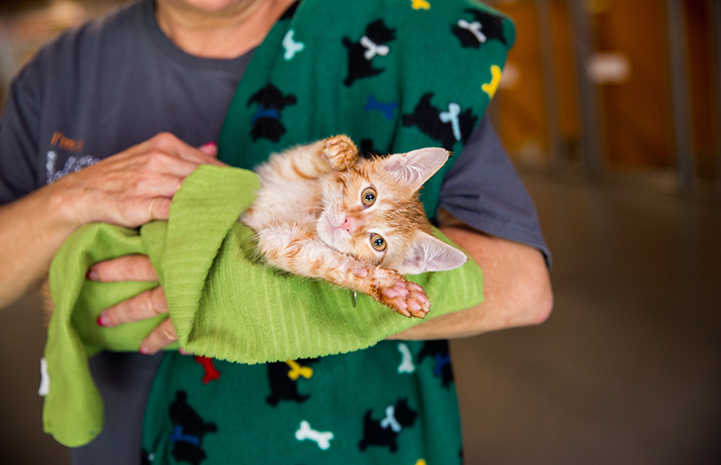