Image
Best Friends helps dogs, cats and other animals impacted by the flood in Louisiana by giving aid and support to area animal shelters and rescues.
By Nicole Hamilton

When rain started falling one recent Friday morning in Vermilion Parish, Roxanne Bayard, executive director of Animal Aid for Vermilion Area, thought it was just another thunderstorm. But the rain wouldn’t stop, and it soon gave way to fast-rising flood waters.

By noon, it was clear that her parish would soon be underwater, and Roxanne began working frantically to find the boat necessary to save the lives of homeless pets trapped at Vermilion Parish Rabies Animal and Control, a municipal boarding facility where Roxanne’s nonprofit organization rescues pets.

Roxanne will never forget that day — how her team managed to rescue terrified homeless pets like Peanut, a tiny dog found shaking and clinging to an elevated area as the waters rose around him. With the boat already full, volunteers helped Peanut swim next to them to safety.

Ten miles away, as volunteers from Animal Aid for Vermilion Area swam through rising flood waters to rescue pets, flood waters engulfed the Denham Springs Animal Shelter so swiftly that staff and volunteers had to open kennel doors so cats and dogs could swim to the shelter’s roof.

“It happened so fast and in areas that aren’t used to flooding,” says Roxanne. “I lived in New Orleans when Katrina hit, and in a way the flooding here has been worse because we had absolutely no time to prepare.” 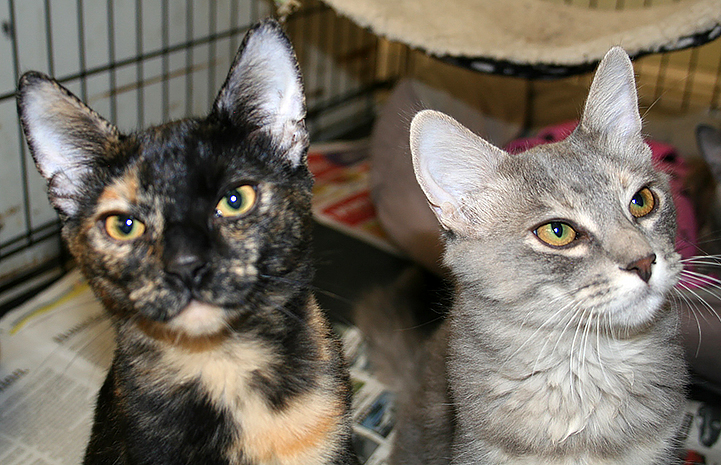 Just as quickly as the waters rose, Best Friends Animal Society got to work on plan to help Louisiana animal shelters and rescue organizations impacted by the devastating flood. The goal was to provide aid to Best Friends No More Homeless Pets Network partners in the 20 parishes affected by the flood, so that partner organizations could continue their lifesaving work at a time when it was needed the most.

Best Friends immediately set up a dedicated relief fund and the outpouring of support from friends and members was swift, and it included a $25,000 grant from Maddie’s Fund. Just a week after the devastating flood, Best Friends identified $122,000 of needed support for Best Friends Network partners.

Knowing that the funds were needed right away, Best Friends sent Louisiana native Patty Hegwood, director of the volunteer and visitor experience at Best Friends, to her home state to hand deliver the funds to shelters in need. Best Friends will continue to support Louisiana shelters as needs arise so they can heal and rebuild.

In addition to assisting Network partners with immediate needs, John also worked with the NARSC team to set up a temporary shelter at the Lamar Dixon Expo Center, to help animals separated from their families. John reports that of approximately 1,300 pets brought to the center, around 1,000 have already been reunited with their families.

“The help that Best Friends has given us has been phenomenal,” says Melinda Falgout, president of Acadiana Animal Aid. “To have Patty come to our shelter and work alongside us meant so much to us. I don’t think we could have saved so many lives without the support of Best Friends.” 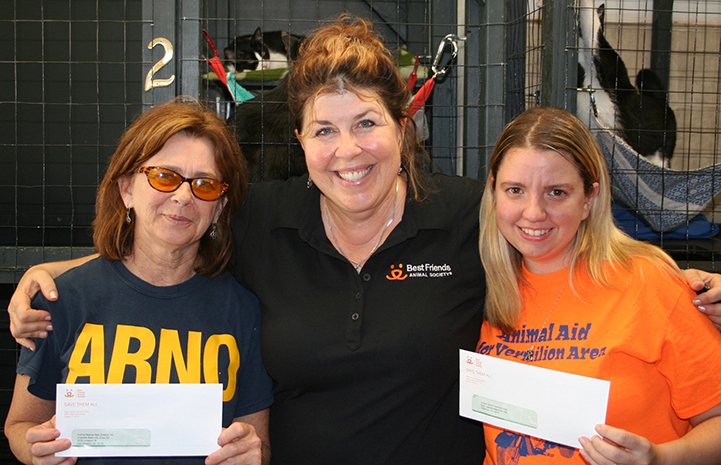 Network partners across the country step up to help

As word of the devastating flood spread throughout the No More Homeless Pets Network community, partners from more than 50 shelters and rescue organizations across the country contacted the network team at Best Friends and offered to take pets already at Louisiana shelters when the flood hit, which would free up space for pets rescued from neighboring damaged or destroyed shelters.

Transporting pets from Louisiana to other shelters around the country also makes room for pets abandoned by their owners, pets whose homes were destroyed, or pets who just need a temporary place to live while their families get settled again.

Finding transportation can be challenging, says Dori. But Best Friends recently got some help from Alaska Airlines, which will transport homeless pets from flood-affected Network partners to locations in the Pacific Northwest at a significantly discounted rate throughout September.

Rescue Express Transport, based in Eugene, Oregon, helped secure the Best Friends partnership with Alaska Airlines and will help transport pets to locations in Portland. And The Animal Cause Transport will take more than 150 dogs and cats from Louisiana shelters to Salt Lake City. Another big donation came from Blue Buffalo, the pet food company, which sent 13 trucks of dog and cat food to Louisiana. That’s around 30 pallets on 13 semitrucks. 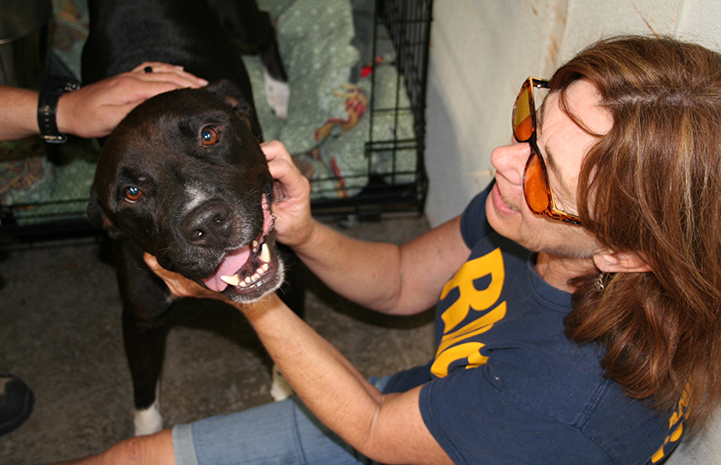 Louisiana Network partners band together to save every pet

As Patty Hegwood worked alongside Best Friends Network partners and volunteers in the days after the flood, she quickly came to realize how determined they were to work together for the shared goal of saving pets’ lives.

Acadiana Animal Aid worked with Dori and Patty on an extensive emergency transport operation. In two weeks, the shelter has already completed nine pet transports that have helped saved more than 320 animals.

St. Tammany Humane Society, another Network partner, found foster homes for dogs and cats rescued from other flood-damaged Network partner shelters, including pets from Vermilion Parish. In fact, in the days following the flood, about 250 people were lined up and waiting at their doors to foster.

“It was inspiring to see so many people and shelters coming together and forming lasting relationships,” says Patty. “This is exactly what Best Friends is all about — working to Save Them All.”