How a barn cat program in Atlanta saves lives

Image
Free-roaming cats in Atlanta are adopted out as barn cats to control rodent populations. The felines also thrive in breweries, garages and warehouses.
By Nicole Hamilton

The five cats living at the Sweet Olive Farm Animal Rescue home have one important thing in common with the nearly 150 animals they live with: Before coming to 22.5-acre farm, located in Athens, Georgia, they were all at risk of losing their lives.

Kat and Susan, the founders of Sweet Olive, took in Boss, a massive cow scheduled for the slaughterhouse after the farmer who cared for him passed away. They also rescued a group of turkeys from a roadside stand a few days before Thanksgiving. Sweet Olive is home to about 150 rescued animals, including 50 pigs, plus an assortment of goats, alpacas, mini-horses, dogs, bulls and one emu.

That’s a lot of feed and land to protect from rodents. And that’s where Sweet Olive’s cats come in. During the day, you can usually find them curled up together in the large barn near the farm’s entrance or lounging in the sunlight.

Visit them by night, though, and you’re apt to see a different side. As the farm’s barn cats, the five of them patrol the grounds to make sure the rodents stay away. Sure, it’s a big job, but the cats love it. 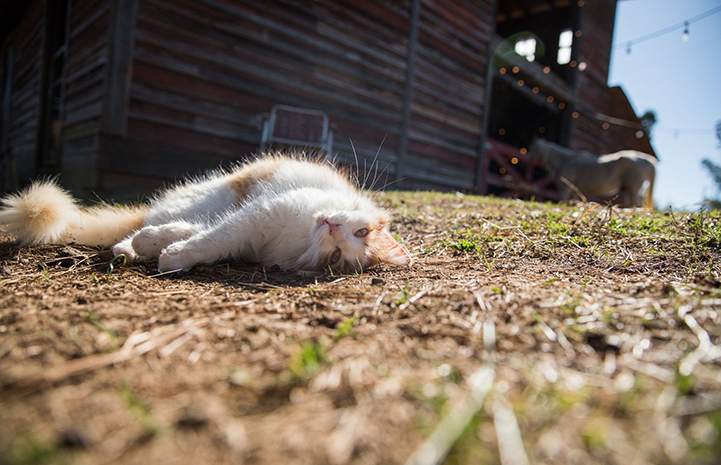 The cats — Sweet Potato, Popcorn, Inez, Caramel and Mowgli — came to Sweet Olive as part of the Cobb County community cat program. Best Friends partners with Cobb County to save free-roaming, outdoor cats after they arrive at the county shelter.

“The community cat program works to return healthy outdoor cats to the area where they were trapped,” says Carrie Ducote, Best Friends in Atlanta senior manager. But in some cases, the trapped cats cannot be returned to where they were found. Abandoned cats, for example, are difficult to return because no one knows where they previously lived. 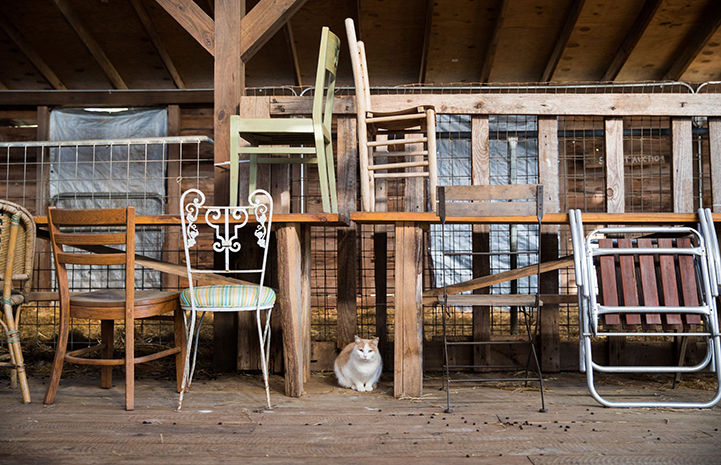 Cats without any social skills around people aren’t good candidates for adoption, and that’s where the barn cat program comes in. “In situations where cats are unable to be adopted or returned, we find alternative placement for them — like barns,” says Carrie.

Carrie notes that without proper transition, cats are unlikely to survive in places where they’ve not previously lived. “This is why it's so important to return cats to their home territories or to take precautions to slowly introduce a cat to their new territory,” she says. 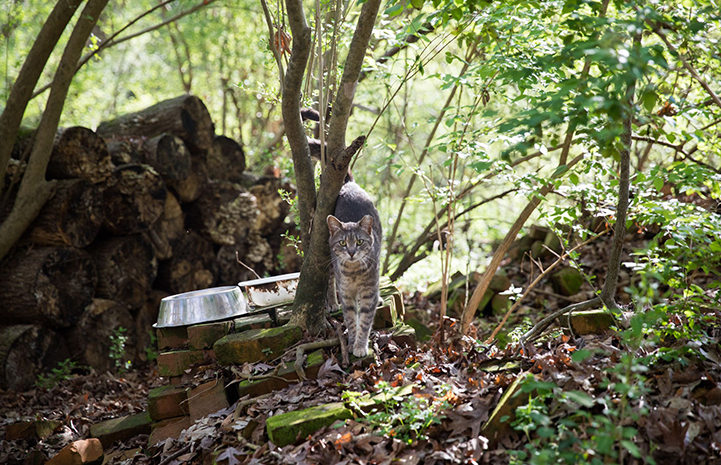 That’s how the cats at Sweet Olive farm got their happy home. Since they couldn’t be returned to where they were found, Carrie (a volunteer at the time) suggested to Kat and Susan that they adopt the cats to protect the buildings and food from rodents. It would benefit the farm and save the cats’ lives. “Basically, we needed an alternative to euthanasia,” says Carrie.

Kat and Susan agreed to welcome the cats to live at Sweet Olive, and to make Sweet Potato, Popcorn, Inez, Caramel and Mowgli some of the very first cats to find jobs through Best Friends in Atlanta’s barn cat program. 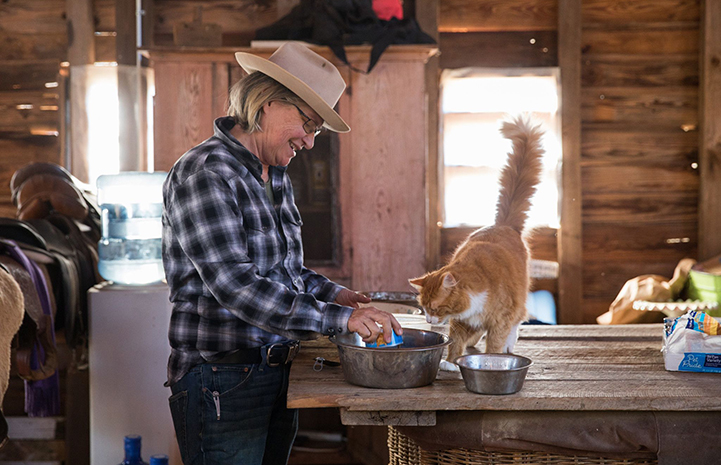 Today, cats in Cobb County program, who can’t be returned where they were found and aren’t socialized to people, can go to the Best Friends Pet Adoption Center in Atlanta, where the adoptions team helps place them. 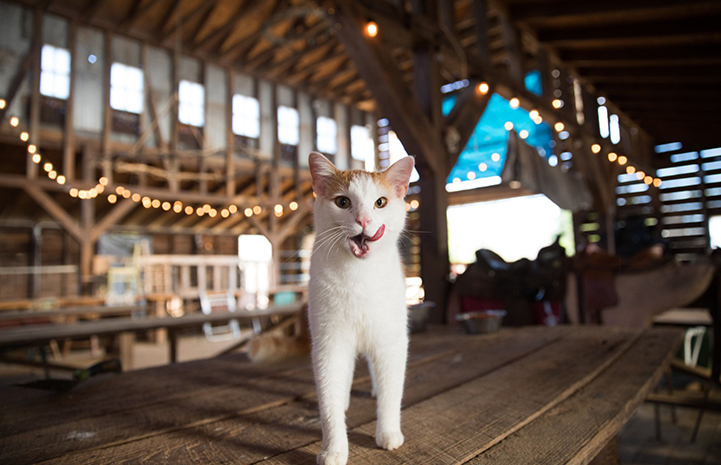 Since Atlanta is surrounded by rural communities, many of these cats are adopted and go on to live in barns. But there are other options, too. Barn cat candidates thrive in breweries, garages and warehouses — anywhere rodents like to roam.

The barn cat program gives cats the room space they need to be free spirits. It also lets the cats enjoy the company of humans every now and then — usually from a safe distance after they begin trusting the nice people who feed them. “They are the happiest cats,” says Kat. “The barn is their home.” 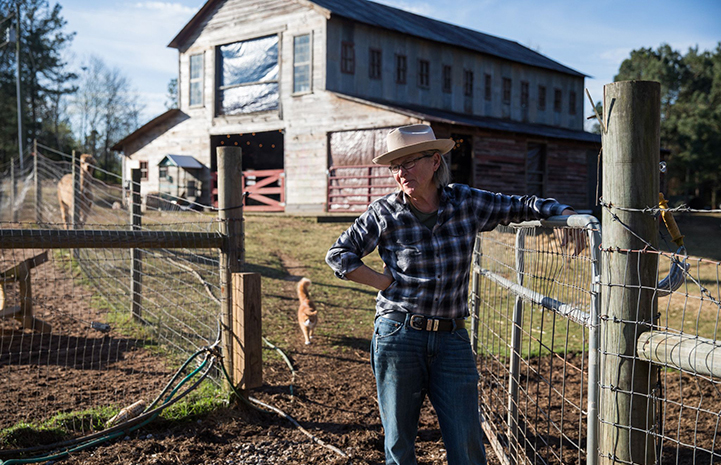 The cats get along with all the animals at Sweet Olive. In fact, it’s common to see them meandering alongside the turkeys and chickens. “It was the best idea,” says Kat of the decision to welcome the cats to Sweet Olive. 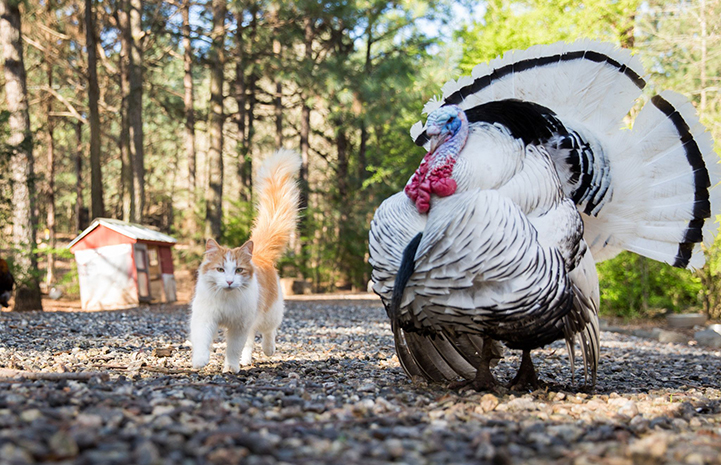 Now, she and Susan no longer worry about keeping the animals’ food free of rodents or about possible damage to the property. Instead, they can focus on saving more lives. “They have been the biggest blessing,” says Kat. 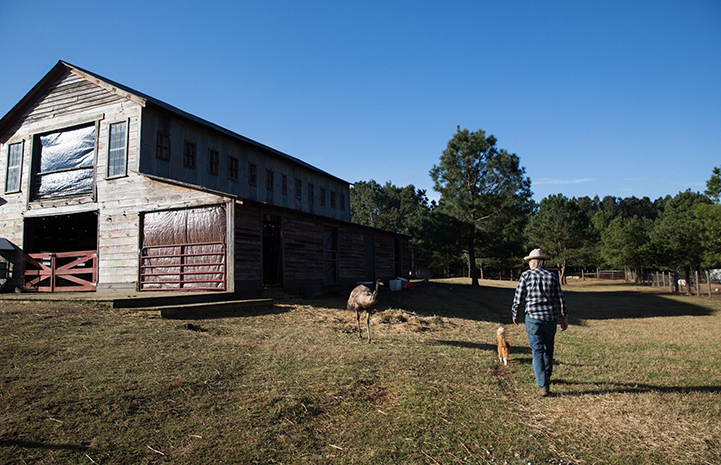