“Are you ready, sweetie?” Taylor Meade asks Whiskey A Go Go, a five-week-old calico resident at the bustling kitten nursery at the Best Friends Lifesaving Center in Los Angeles.

While Taylor is used to handling big dogs at the Kern County Animal Services (KSAS) shelter where he works as animal care technician, this was his first time feeding a tiny kitten.

Taylor filled a syringe with gruel (a combination of wet food and water) and placed it gingerly in Whiskey A Go Go’s mouth. After a few syringes of food, Taylor placed the kitten on a scale to see how much food was ingested. 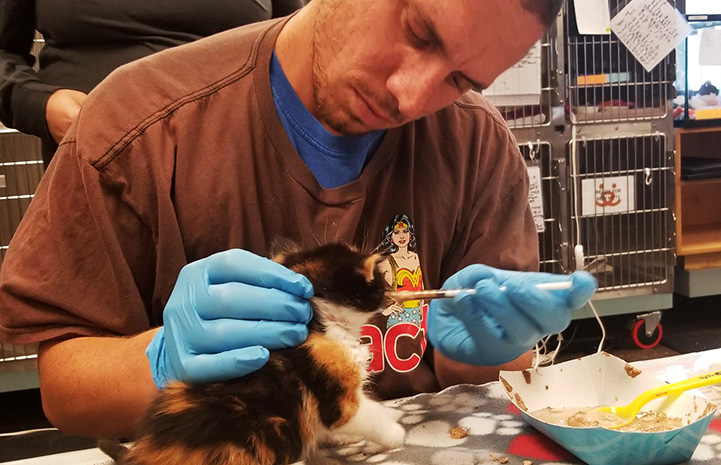 “Only a few grams,” Taylor says with a smile. “This is time consuming, but they’re so cute.”

The feeding session was just one of many hands-on experiences for Taylor and seven of his KCAS colleagues who attended Best Friends Leadership Training Academy in June.

This scholarship-based, five-day course that was launched in late 2018 is offered to shelters across the country as part of Best Friends’ mission to take the country to no-kill by 2025.

KCAS is an ideal candidate for the training because it’s already committed to lifesaving programming. In fact, KCAS is currently achieving a 75% save rate, a dramatic turnaround since 2014, when the save rate was just 25%.

“It’s about getting shelters to the next stage and closer to the 90% no-kill benchmark,” said Drew Marsden, senior manager of national training programs for Best Friends. “It’s a really unique, immersive opportunity. Being hands-on only solidifies the experience and deepens the understanding of the programs or materials being taught.”

That was certainly the case for Yonne Ruiz, an adoption coordinator at KCAS. She says spending time with the dog team is extremely valuable — especially participation in such activities as kennel enrichment, play groups and training activities that greatly reduce stress in a shelter environment.

Yonne was particularly fond of a young pit-bull-terrier-like dog named Batman. “He seemed perfect to me,” she says. “It was great being able to see dogs be rehabilitated and adopted.”

Bringing in a large team from a location a few hours away to learn new strategies was a more-than-worthwhile investment of their time, says Sally Breyer, deputy director at KCAS.

“We’ve been working with Best Friends for a while and took this as an opportunity to learn what’s next to close the lifesaving gap in Kern County,” she says.

The two key takeaways, according to Breyer, are new strategies to help the large dog population and expand the existing kitten nursery. “It’s absolutely vital for staff who have been with departments for a while to see new ways of doing things, and Best Friends is a leader in this area. It’s been eye-opening,” she says. 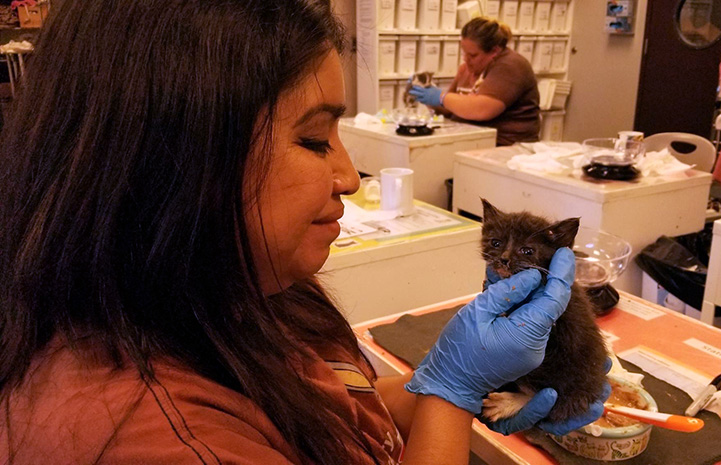 KCAS is the sixth shelter to participate in the Best Friends training academy and, so far, results have been inspiring. For example, Albuquerque Animal Welfare Department, which was at a low 80% save rate when it attended the academy last year and ever since has achieved monthly save rates of 90% or higher.

Best Friends is committed to providing participating shelters with additional mentorships and funding for up to six months after the training as a way of helping them achieve their no-kill goals.

For KCAS, this means grants that will make it possible to expand programming to save 1,300 kittens in 2019, up from 300 in 2018. When that happens, everyone at Best Friends will be cheering along with KCAS.

“It’s equally rewarding for us to see their success and just further illustrates that collaboration is truly key to saving lives,” says Drew.

Volunteer and get involved where you live 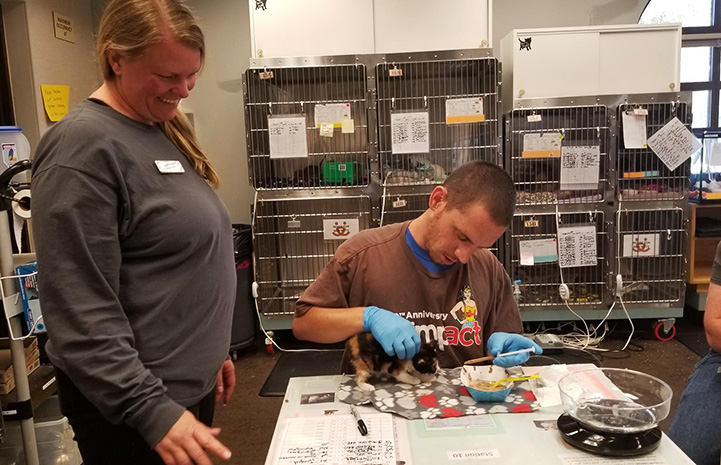 Best Friends in Los Angeles works collaboratively with animal rescue groups, city shelters and passionate individuals who are all dedicated to the mission of making Los Angeles a no-kill city. As part of this mission, Best Friends hosts adoption and fundraising events, manages two pet adoption centers and leads the No-Kill Los Angeles (NKLA) initiative. Together, we will Save Them All.