Image
Hand targeting is used to help four young abandoned dogs overcome their shyness and fear, teaching them that outstretched hands are not a threat.
By Nicole Hamilton

When four young abandoned dogs arrived together at DeKalb County Animal Control after being found near downtown Atlanta, they were hungry and tired. They were also terrified of everyone and everything. At the shelter, the pups retreated to the back of their kennels, so scared they wouldn’t let anyone touch them. And that’s where they stayed — shaking in fear at the mere sight of a human.

Staff at the shelter knew it would take time and patience if the dogs would ever be confident enough to live in homes. What these pups needed and deserved was a place where they could let go of their fears on their own time — somewhere they could find constant, individualized support and receive help finding families to love them. And a busy municipal shelter probably wasn’t the best place for that.

Luckily, the DeKalb shelter works with Best Friends in Atlanta, and that’s how the dogs could get the socialization they needed to eventually be adopted.

About the Best Friends Pet Adoption Center in Atlanta

Help for unsocialized and scared dogs 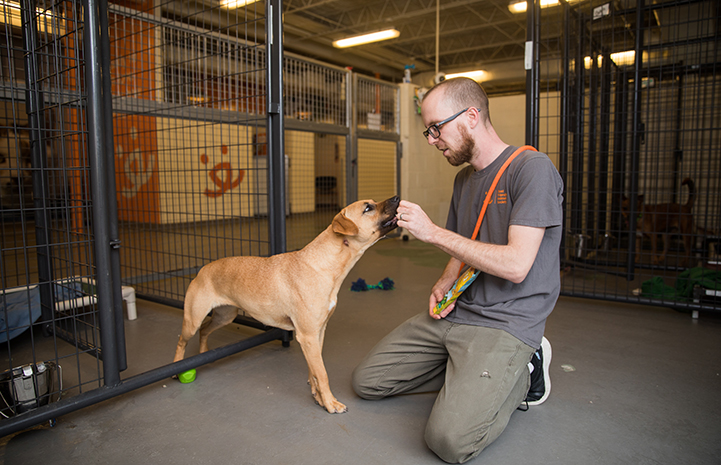 Soon the dogs were on their way to the Best Friends Pet Adoption Center in Atlanta, where they could begin their journey toward becoming confident dogs.

Staff were eager to get to know the dogs, but first they had to take care of one important order of business: The dogs needed names. After a little brainstorming they decided to name them the “parks and rec dogs,” after characters in the television show Parks and Recreation.

There’s Leslie Knope, the high-achieving, people-pleasing public servant who made Galentine’s Day a thing and wanted nothing more than a neighborhood park for her friend Ann Perkins. And then there’s Tom Haverford, who brought us Treat Yo’ Self (the best day of the year) and anti-bureaucrat Ron Swanson, who led the team from his office and tried his hardest to avoid meetings. 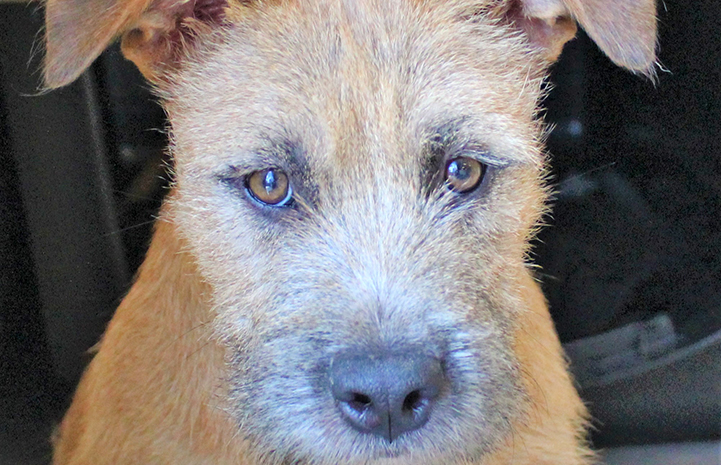 Just like the employees in the fictional city department, these dogs have some major challenges to overcome. But who doesn’t love an underdog? All these four scared dogs needed was a little help to come out winners. 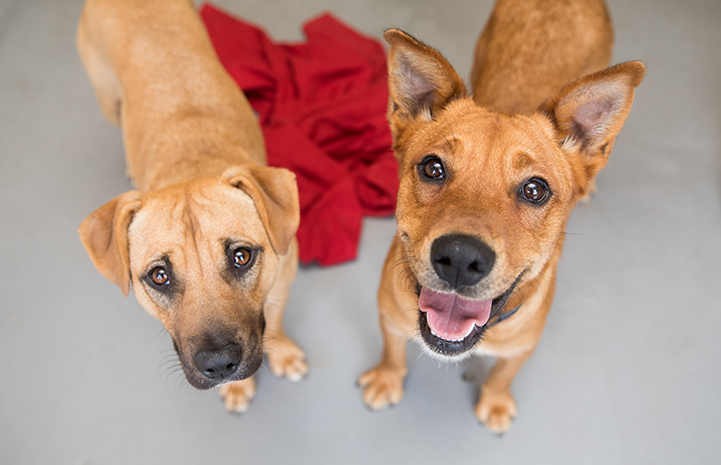 The four parks and rec dogs are just as unique as their namesakes. As one might expect, Tom Haverford warmed to people quite quickly. After a bit of reassurance, he began to trust people, and it wasn’t long before he moved out of the adoption center into a home of his own, where his new name is Elvis. Ron Swanson, Leslie Knope and Ann Perkins would need a bit more time to turn around. To help the parks and rec dogs, the team uses hand target training, a method that works for all dogs, but is especially effective for the shy ones who are fearful of people.

Hand target training teaches dogs that outstretched hands are not a threat. And it encourages them to be less afraid of humans and of being touched. Every time the dogs reach out with a nose or paw to touch someone’s outstretched hand, they get a treat. Staffers often carry treats in their pockets just for these occasions.

“They have to touch a human for a treat, so basically it’s teaching them to request being approached,” says Kathleen Delaney, the center’s intake coordinator, who has worked a lot with the dogs. “This puts them in control. They learn on their time, when they’re comfortable.”

From scared dog to belly rubs 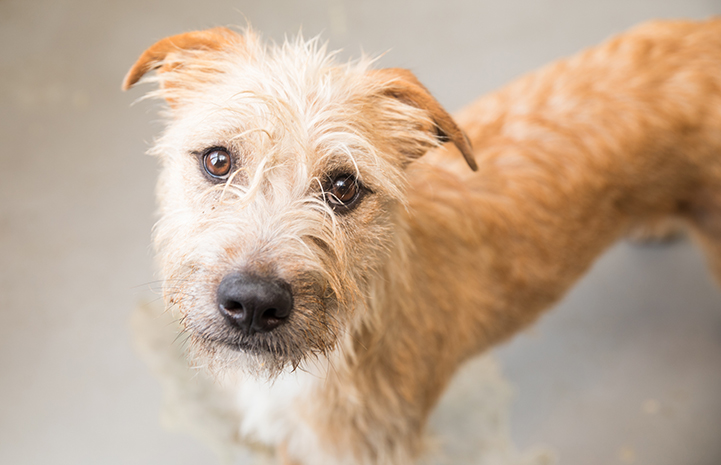 Hand target training has been especially helpful for Ron Swanson. The shyest of the bunch, he’s most like his namesake, the gruff, self-assured man who’d rather be left alone. By working with the team through hand target training, Ron is starting to show that beyond his rough exterior, he can be a sweet and fun-loving guy.

Then there’s Leslie Knope, who (true to form) is a fast and enthusiastic learner. She’s making big progress and getting more comfortable around people each day. And the same goes for Ann Perkins, who has grown (literally) quite fond of the center’s lead adoption specialist, Greg Bechdol. 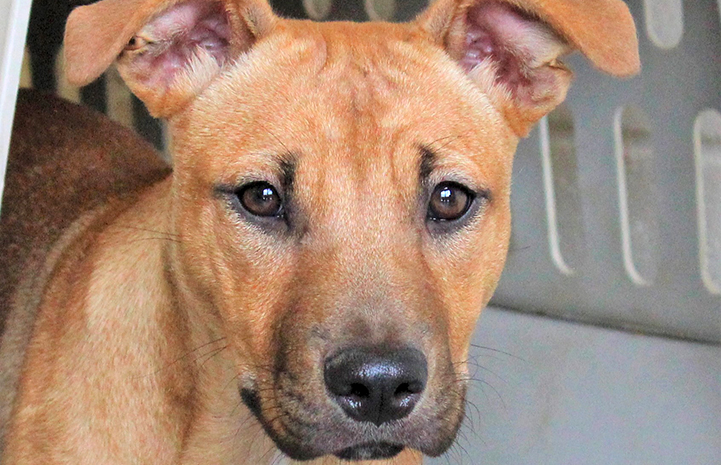 The parks and rec dogs have come a very long way since their first days at the center. Every time the pups gently take a treat from someone’s hand or let somebody pet them, it’s a big step in a new direction for them. And it’s the kind of progress that makes Kathleen tear up a bit.

“Watching them discover that humans are kind and loving — it’s just beautiful to see,” says Kathleen. “Their trust is beginning to blossom.”

“When you’re here, you’re home.” That’s what TV character Leslie Knope said about Pawnee, Indiana, her fictional hometown. And with just a little more time, the parks and rec dogs at the center will be ready for their very own versions of Pawnee, Indiana. Someday soon, they’ll get adopted, and they’ll finally all be home.