How a sweet pit bull went from barking to blissful

Image
Sweet, sensitive pit bull is anxious and barks a lot in a municipal shelter, so she comes to the Sanctuary where she gets more attention.
By Christelle L. Del Prete 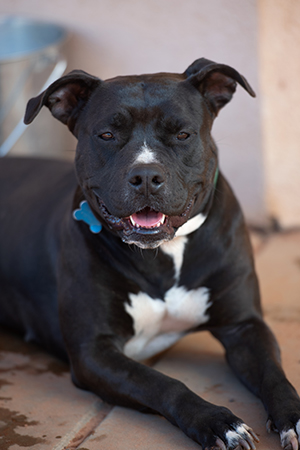 If you visit Quilla at Dogtown, she’ll be so excited to see you that she’ll jump around in a happy dance. But within minutes, she calms down and shows you her sweet and mellow side by sitting next to you and leaning in for cuddles for as long as you are willing to give them.

In those calm, quiet moments, Quilla is her best self. Now that she’s with Best Friends Animal Society, she’s getting plenty of those moments and couldn’t be happier about it.

Pit-bull-terrier-like dog is overlooked in a shelter

A former stray, Quilla wound up at a shelter in Wyoming. But she had a hard time finding a home there, because she didn’t get a chance to show people her sweet and gentle nature. A few things were holding her back.

First, Quilla isn’t the flashiest dog. She doesn’t have a colorful coat with long, silky fur, unique color patches or striking eyes. She’s a black pit-bull-terrier-like dog who always seemed to be passed over at first glance. Quilla also suffers from anxiety, which takes over when she’s in any sort of hectic environment. Shelter life was stressful for her, and stress made her restless. She spent a lot of time barking whenever anyone came near. With those things working against her, her chances of finding a home while residing at a busy municipal shelter were slim.

A rescue organization stepped in to help Quilla, but her energy and strong desire to be with people were no match for the organization’s crates or fenced yards. Because she kept escaping, Quilla was brought to Best Friends’ Dogtown, where the living areas are secured with extra-high, escape-proof fencing for dogs with a bit of Houdini in them.

That solved two of Quilla’s problems from the past. She was safe and secure in her room and yard at Dogtown. And her living area gets lots of foot traffic, making it possible for her to meet plenty of volunteers and visitors during Sanctuary tours. Quilla has even become the go-to dog for greeting these tours, since she’s so sweet and friendly with people.

Anxious dog just wants to be with people

Despite these successes, Quilla remained a restless dog, especially in the midst of the frequent hustle and bustle of Dogtown. Instead of playing with her toys and her doggie roommate, or just hanging out on the bed or in her yard, she would stand at the gate and bark. Such barking and whining tends to turn away potential adopters concerned about bringing home a vocal dog and then drawing complaints from neighbors. On top of that, it’s stressful for the dog doing the barking.

Dogtown caregivers wanted to learn what made Quilla feel the most anxious and what made her feel most at ease, with the goal of relieving her stress before it started. That’s when they figured out that, no matter what’s happening around her, Quilla just wants to spend as much quality time as possible with people — and the quieter those moments are, the better. 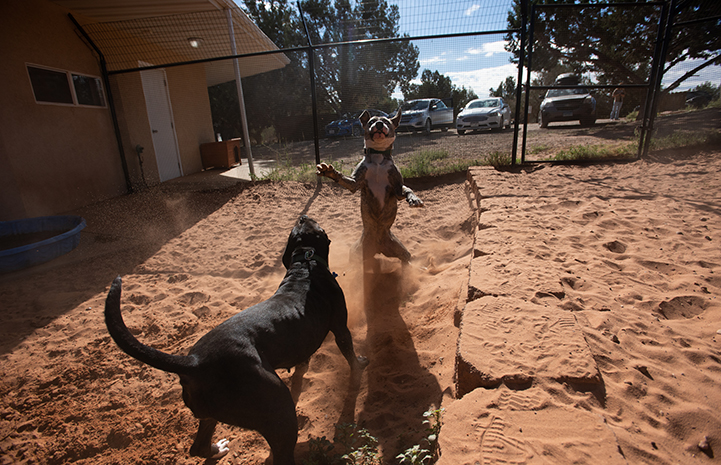 Quiet times for a sensitive dog

The people at Dogtown are making sure Quilla gets as much quality time as possible by sending her on outings and sleepovers with Sanctuary volunteers. Outings and sleepovers are great ways for a dog like Quilla to get some meaningful one-on-one time. And because she does best in quiet environments (like the cabins and cottages at the Sanctuary), these opportunities give her a chance to bond with people and show her sweet and loving personality.

Everyone who takes Quilla on an outing or sleepover says she is great — calm, sweet and well-behaved. As Dogtown volunteer Judy Howard Reuben commented on Facebook: “She was a bit shy at first, but was curious and excited to be out and about, and ultimately as loving as can be. She’s waiting for you."

Second looks for a sweet dog

In shelters across the U.S., there are plenty of diamond-in-the-rough dogs like Quilla just waiting to show people how they can shine. Once given the chance, they are bound to win hearts and homes of their own.

While Quilla is still waiting at the Sanctuary to find her forever home, this sweet and sensitive girl is getting plenty of second looks. And it’s only a matter of time until one special spark leads to a lifetime of love. 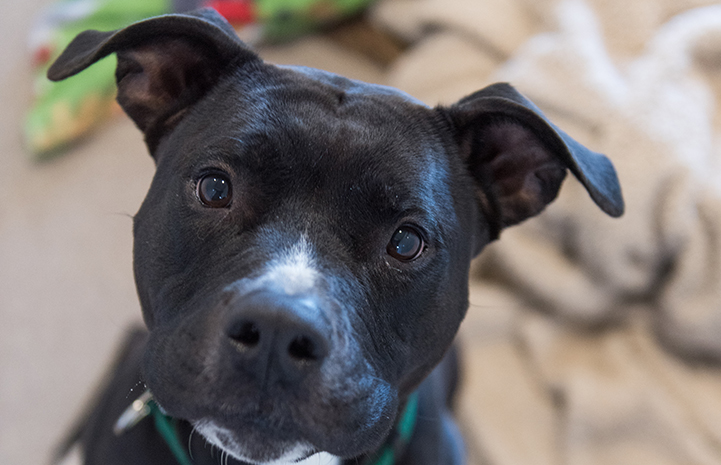