With multiple natural disasters wreaking havoc one after the other, agencies of every stripe are coming together to provide aid and support. The National Guard, U.S. Department of Justice, ATF, U.S. Marshal Service, BLM, and numerous fire departments are staged where people need them. And when they have downtime, many of them are stepping in to assist in a different way.

Between shifts at their “real jobs” helping people in need in the Houston area, men and women in uniform are walking dogs and stepping in to help wherever needed to care for pets displaced by Hurricane Harvey. They’re easy to spot, and though they may wear badges and logos from different agencies, they all share one important badge of honor: animal lover.

“We are incredibly grateful for every single one of our volunteers,” says Holly Sizemore, who is directing Best Friends’ efforts on the ground after Hurricane Harvey. “And it’s been amazing to see people from federal, state, and local agencies stop over here to help on their breaks. They’re here to help people, but the animal lovers among them are doing double duty by helping us, too.”

Volunteer to help animals in the Houston area

Take a break, walk a dog

Like the other men and women in uniform, Michael Marmolejo hadn’t planned on animals being part of his deployment after Hurricane Harvey. He’s with the Department of Justice, working with U.S. Marshal Service, and when he noticed people walking dogs, he stopped someone to ask about them. When he learned that the dogs were separated from their families in the storm and that Best Friends is working to reunite them again, he wanted to help.

“I have dogs of my own and I miss them. Just knowing that these dogs are going through some heartache and pain right now made me want to help,” says Michael. So he picked up a leash and got to work, joining the team of Best Friends staff and volunteers to take care of the 350-plus dogs who all needed a walk, some dinner, and a bit of love. But Michael did even more than that.

He didn’t just walk dogs, he walked dogs over to where his friends were stationed, and soon they started coming over to help, too.

A lot of passionate people coming together

“What’s been fantastic about the men and women in uniform is that they’re ready and willing to do whatever is needed,” says Holly. “And they’re often coming off long shifts at difficult jobs, but they’re happy to go an hour longer for the animals.”

Michael had to head home after about ten days of deployment, but he won’t soon forget his time helping dogs after Hurricane Harvey. “I always think of the people after a disaster. It never crossed my mind that the animals need help, too,” he says. But the experience has left a mark.

Michael says, “I see a lot of passion from everybody here. I like the passion everyone has for this. I see people on their hands and knees cleaning kennels, just going nonstop, and they’re happy to do it.” 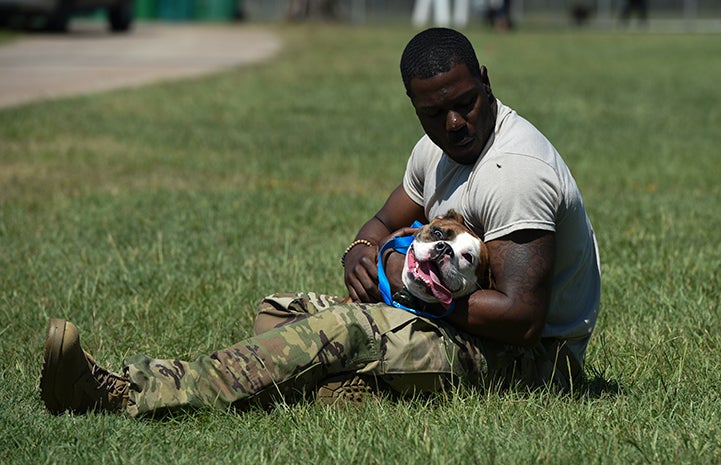 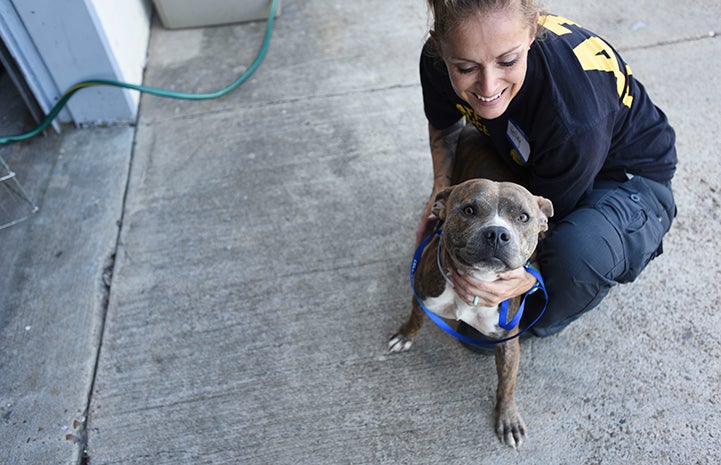 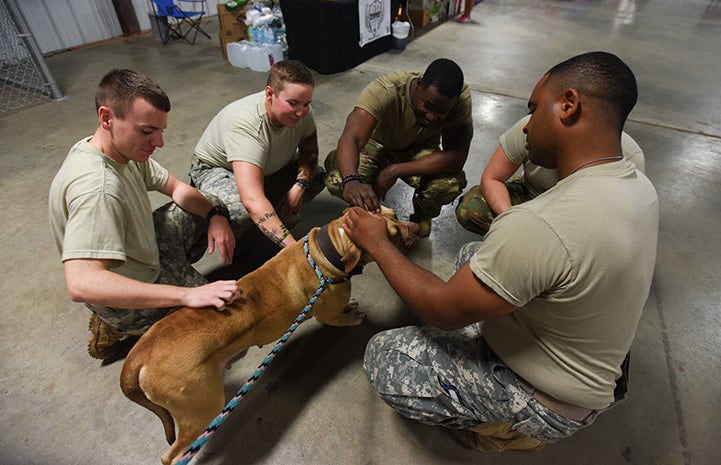 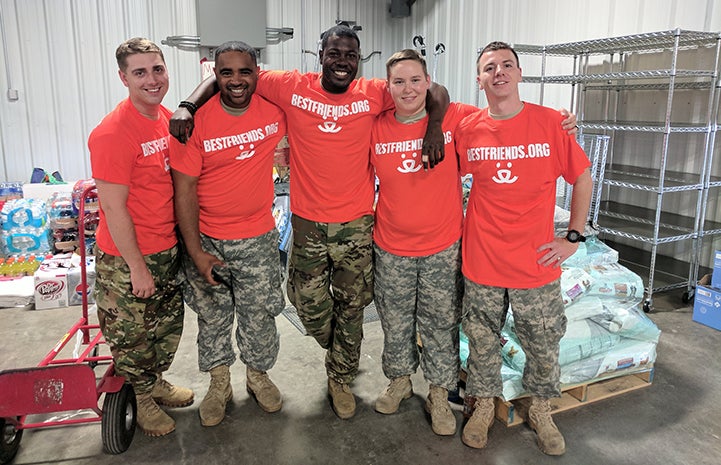 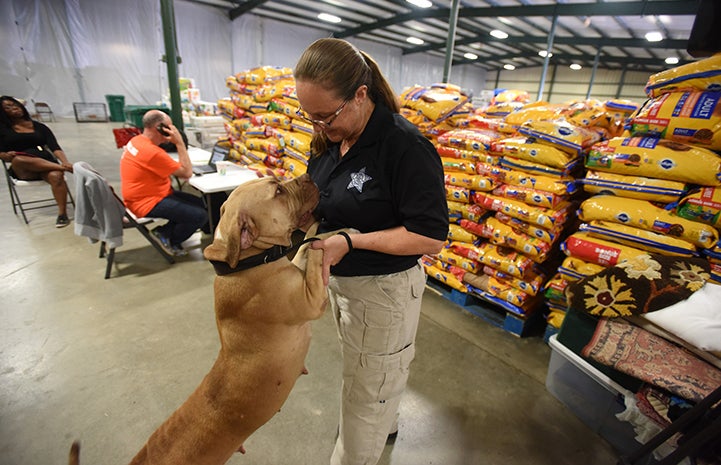 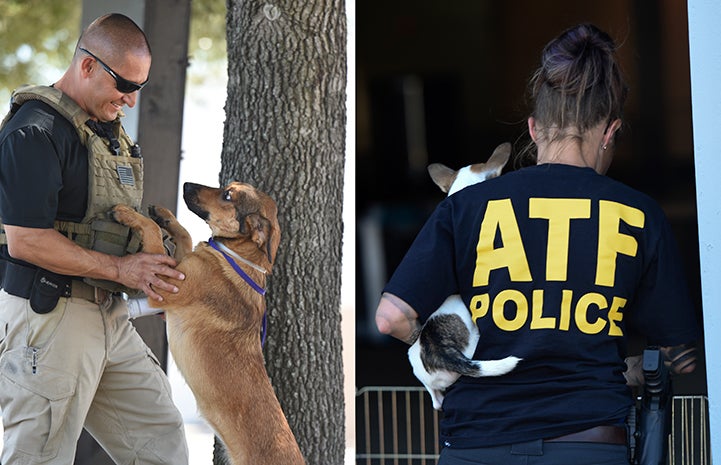 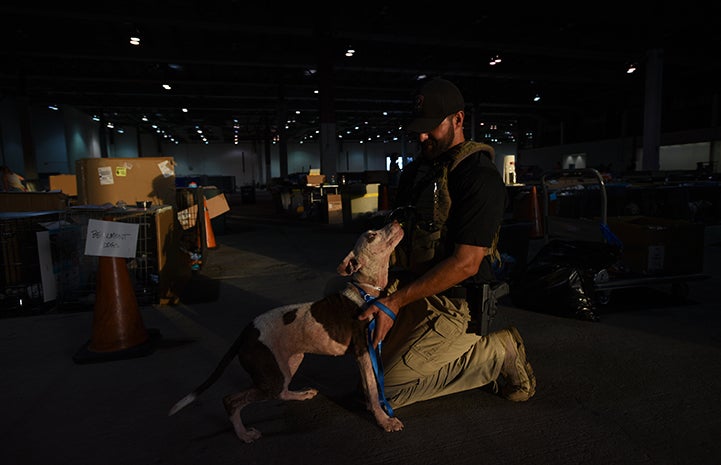