Anyone who meets Thomas can immediately tell that he is a sweet and gentle soul. But the black cat was understandably frightened when he came to Best Friends’ base of operations at the NRG Arena in Houston after Hurricane Harvey. He curled up in a cat bed in the back of his enclosure, hid his face and avoided everyone. It was as if he was used to being overlooked and wanted to stay that way. 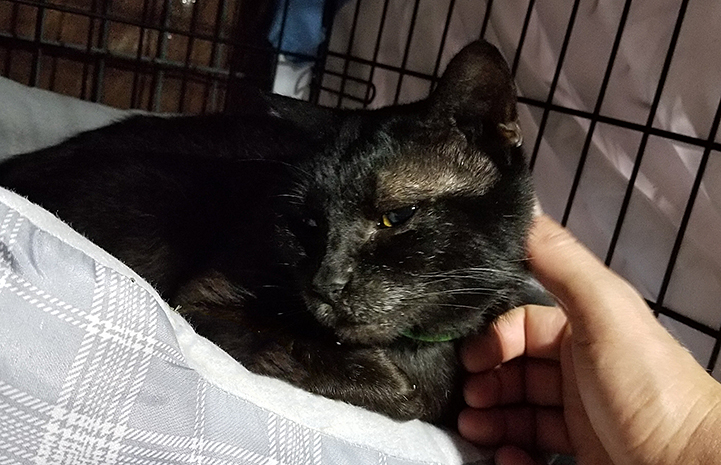 From Hurricane Harvey to the Sanctuary

Thomas needed help and was in the right place to get it. Besides his scruffy fur and one healed-but-permanently-crumpled ear, the black cat had what looked like a terrible head wound. Even someone who wasn’t sure how to tell if a wound is infected would have concluded that it looked serious. So, although Thomas really needed time to settle in and get to know his rescuers, he would have to come out of the shadows sooner rather than later. 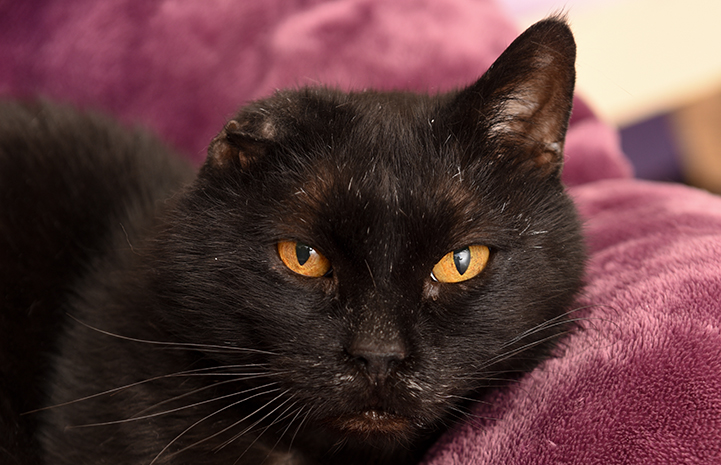 An untreated cat abscess can spell big trouble, and in some cases, it can be life-threatening. No one came looking for Thomas at NRG arena. He had no microchip or collar and ID tag to help him get back to his family. So instead, Thomas was soon on his way to the Sanctuary to get the cat wound care and TLC he desperately needed.

At the Best Friends Animal Clinic, vets determined that Thomas had a badly infected sinus, possibly caused by some sort of injury. That wasn’t good news. Best Friends vet Dr. Patti Patterson says these types of infections can be concerning, because the bacteria or fungus causing them is often not typical. That, in turn, makes them challenging to diagnose and cure. Thomas’ vets flushed out the infected area, started him on antibiotics and monitored him closely. 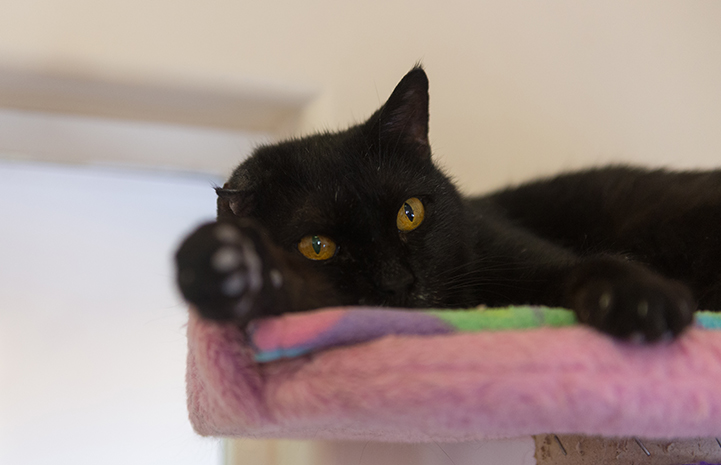 Though it didn’t happen overnight and there were a few ups and downs, the antibiotics did their job and Thomas began feeling better. The infection went away, and his wound began to heal. But that wasn’t all.

When he first arrived at Cat World, Thomas moved into a room with other calm cats so that he’d have a quiet place to rest and recover. But even though the energy in the room was peaceful and his caregivers respected his space, Thomas laid low, spending most of his time curled up in the back of a cubby in a large cat tree.

It took time for Thomas to realize that he was in a safe place and that he could finally relax and let his guard down; however, once he did, he began to venture out of his cubby. By this time his caregivers had become his friends, so he felt comfortable getting out and about in his room and showing more of his loving personality. 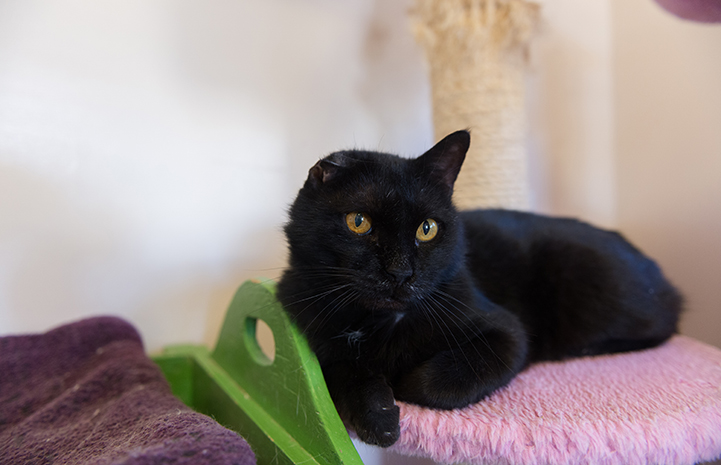 It’s been four months since Thomas came to the Sanctuary from Houston. Hurricane Harvey is behind him, and these days he spends much of his time lounging on a cat tree rather than hiding inside one. He’s happy and healthy for the first time in a long time, though his story isn’t quite complete. He survived a hurricane and a terrible wound. The Sanctuary will be his home for as long as he needs, but one day, he’ll get the ultimate gift of a new home. 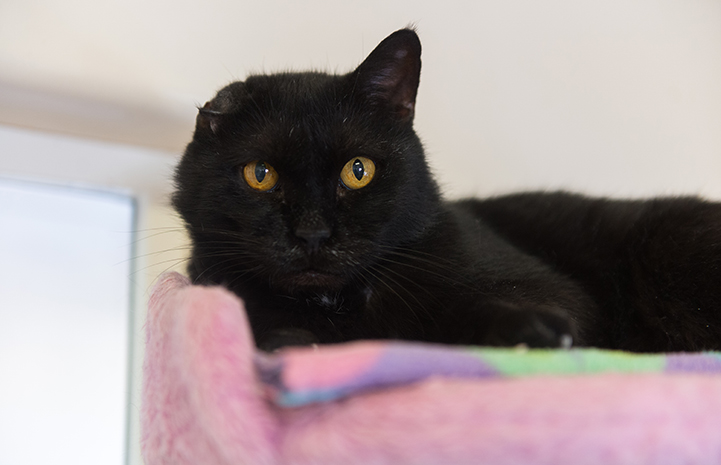