An ideal solution for cats in a city park

On any given day, Lafreniere Park in Jefferson Parish, Louisiana, is bustling with fitness enthusiasts and nature lovers exploring the park’s green open spaces and hiking trails, or doing a little wildlife watching.

They also come to run or walk the two-mile jogging path that up until about a year ago was as popular to the cats living around the path as it was to runners. And while some visitors enjoyed seeing the cats roaming the park, others weren’t so thrilled.

Making an already delicate situation even more problematic was the fact that the park is also home to a colony of Hemingway cats, named after the six-toed cats who grace the Ernest Hemingway Home and Museum in Key West, Florida. These particular six-toed cats were attracting admirers who tried to lure the cats from hiding with food that they left on the jogging path. But six toes or five, these cats had one thing in common: they weren’t spayed or neutered. 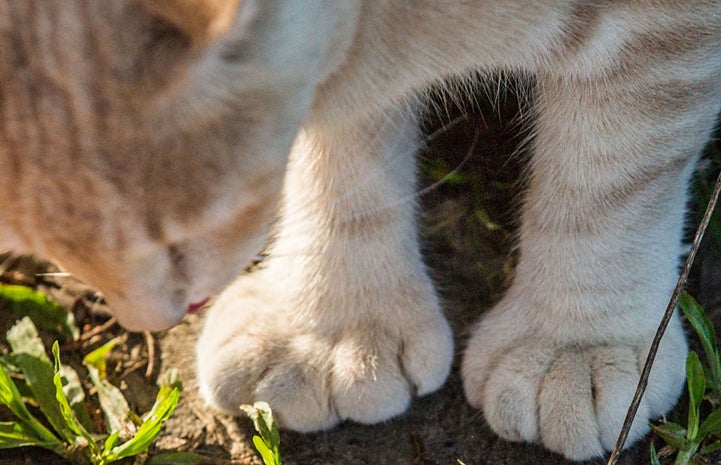 And as the park’s cat population at the park rose to an estimated 60, so did the number of complaints received from frustrated path users. Runners were slipping in cat food, or even tripping on the cats themselves. Bird enthusiasts were concerned that the cats could threaten the park’s many birds and waterfowl. And while no one at the park had observed any conflicts between cats and birds, the situation needed to be put to rest.

Learn why spay/neuter is so important

A win for cats, a win for people

Barry McGuinness, the park’s executive director, was concerned about what would happen to the cats if they were trapped and brought to a shelter. And he had good reason for concern, because when unsocialized cats end up in shelters, they have few options. Without the right programs in place and nowhere to go, they are usually killed.

Robin suggested a partnership between the park and the shelter to establish a community cat program. That way, Lafreniere Park’s cats would be saved, runners would have clean paths, and the birds could go on singing.

“I brought the problem,” says Barry. “And Robin brought a win/win solution.”

The Lafreniere Park community cat initiative kicked off about a year ago with an extensive trap-neuter-return (TNR) effort that resulted in 48 cats being spayed or neutered, ear-tipped (to indicated that they’ve been sterilized), vaccinated against rabies and other diseases, and microchipped. The cats were then relocated to five areas created specifically for them on the park’s periphery.

“Our plan was to make the cats as invisible as possible,” says Barry. “They’re far away from public areas like the jogging path or any bird areas.”

The park staff built feeding stations (designed to keep raccoons away) in the new areas. Construction is underway on shelters that will protect the cats from inclement weather. 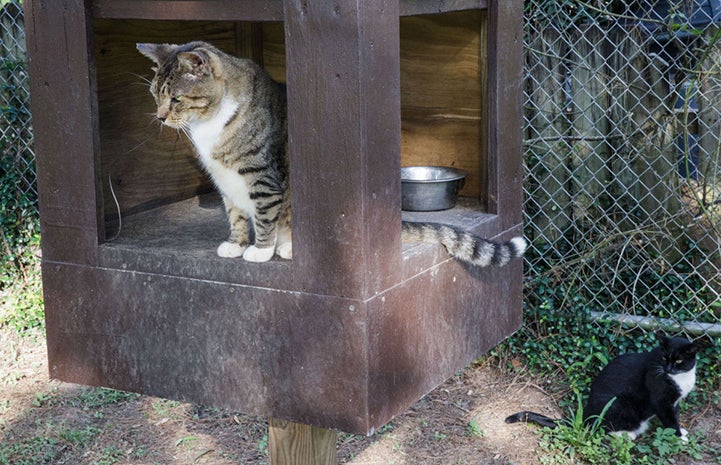 Today, nearly all of the residents of Lafreniere Park’s cat colonies are spayed or neutered, with the remainder being new unsocialized cats from surrounding neighborhoods. But they don’t stay that way for long, because volunteers go to work trapping the cats for spay/neuter surgeries at the shelter, and since the initial trapping project last year, the park’s cat population has stopped growing.

Find a volunteer opportunity near you

One of the main reasons the program has been so successful, says Robin, is because the community was involved from the very beginning. “We made it inclusive,” says Robin. “Anyone who wanted to help could, and we made it easy for them to take part.”

Once the community cat program was underway, the park and shelter hosted community meetings and enlisted the city’s help to pass an ordinance making it mandatory that people register as volunteers if they wanted to feed the cats. Barry says this was something that was critical to the program’s success. “Before it was a hodge-podge. There was no collaborative effort. Now, we are much more organized.”

Peter says the community support for the Lafreniere Park project is indicative of the broad public support for trap-neuter-return in communities across the country. “Survey after survey has shown that people prefer TNR over the ‘traditional’ trap-and-kill approach that’s been used for generations,” he says.

About a dozen dedicated volunteers, who are tending to the cat colonies on a weekly basis. Since they have gotten to know the cats and their individual temperaments, they know quickly if a cat isn’t feeling well and can transport them to the shelter for medical care. 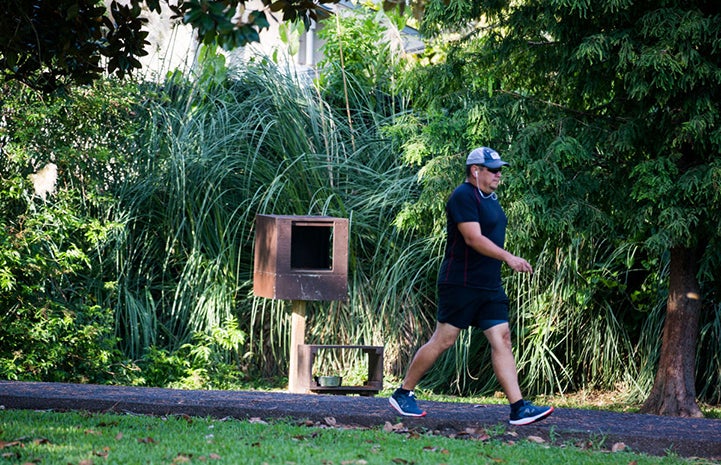 An example for other parks

The community cat program has been so successful that it has attracted media coverage that Barry hopes will help convince other parks to use the Lafreniere Park model for saving the lives of their own feral cats.

Of course, the Hemingway cats are still at the park, but you might not see them unless you know where to look. They are being looked after by volunteers who know them well, and because of this they have a better chance at living longer, healthier lives. And as for the birds and waterfowl, they’re thriving.

Today, complaints to Barry have dropped significantly and the jogging trail is as busy as ever. “I’d encourage any park director to do this,” says Barry. “We took a challenge and then we came up with a solution that saved lives and made our community very happy in the process.”

How to help community cats through trap-neuter-return (TNR) 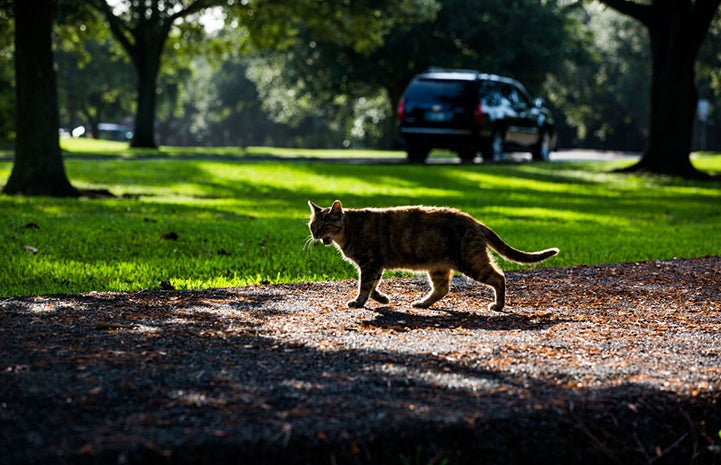 Photos by Chad Calder courtesy of The Advocate