Inspirational puppy is one of a kind

Spend just a few minutes with Cletus the puppy and you’ll learn two valuable lessons: Being normal is overrated, and life gets a lot more interesting when you aren’t worried about fitting in.

On the surface, Cletus doesn’t look like your average two-year-old dog. He was just born different — with a crooked nose and a massive overbite. And because he has several fused joints, he shuffles more than he walks.

Look beneath Cletus’s unique exterior, though, and you’ll see something else — his indomitable spirit and love of life. Cletus doesn’t worry about his disabilities. After all, there are just too many friends to make, walks to take and toys to chase.

Cletus was brought to the Best Friends Pet Adoption/Spay Neuter Center in Los Angeles as a stray from a city shelter. The moment you see Cletus, it’s clear he’s different. But when he arrived at the center, the medical team also observed that he had a serious respiratory infection.

Vets soon determined that the cause of Cletus’s mobility issues are the fused joints. A dose of antibiotics cleared up his infection, but there was nothing that could be done about his joints. It’s just the way he is.

Once Cletus was feeling better, he got to enjoy the comfort of a foster home, where his spunky personality began to emerge. 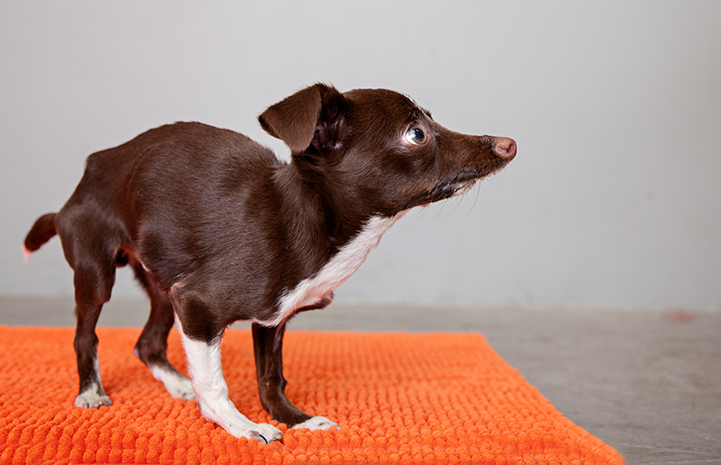 He needs love, but not coddling

Fostering proved invaluable for Cletus, who spent a few weeks with Angela Rovetto, administrative coordinator for Best Friends–Los Angeles. Angela paid careful attention to how well Cletus gets along on his own, and she learned to what extent his disabilities affected him.

It turned out, not much. Aside from making minor modifications to his diet (Cletus has an easier time ingesting small, dry kibble) and keeping him separated from her big dog when she wasn’t around, Angela says fostering Cletus was the same as fostering any dog.

“People tend to see dogs like Cletus and immediately want to baby them,” says Angela. “But just because he’s not everyone’s idea of normal doesn’t mean he’s suffering. If anything, Cletus is happy being who he is.”

Adopt a one of a kind dog near you

Mark Enrietto and his girlfriend, Summer Esslinger, had for some time been looking for a dog to welcome into their home, but they hadn’t found the right match — that is, until the day that Summer saw Cletus’ photo on Instagram. She wanted a dog who was like no other, and Cletus certainly fits the bill.

“I think I found the one,” she told Mark.

That day, Mark paid a visit to the center to meet Cletus. The little dog was shy at first, but when Mark sat down on the ground, Cletus shuffled over to him, tail wagging, and made himself comfortable on Mark’s lap. It was clear: Cletus was indeed the one.

“Everything felt comfortable,” says Angela, who was there that day and helped with the adoption. “I could tell Cletus was going to a great home.”

And Angela was right. Today Cletus is happy to be in a home where his differences are celebrated. “He’s showing us all his amazing abilities,” says Mark about Cletus, whose full name is Cletus Spuckler, after “The Simpsons” character, who, like Mark, hails from Springfield, Illinois. 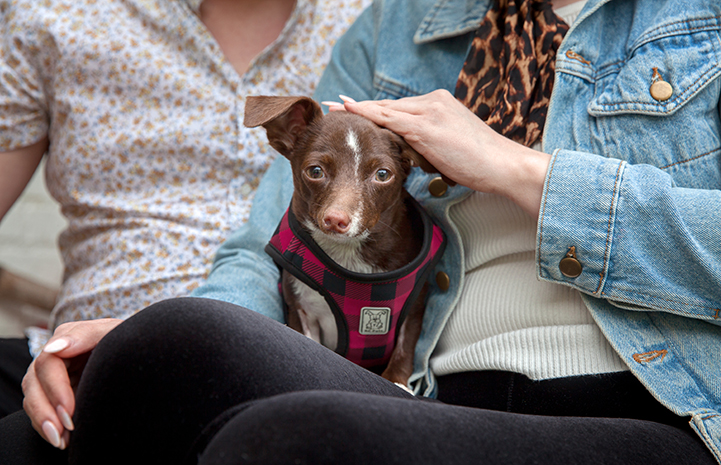 Life in a home for a special dog

Cletus is also gaining dexterity and getting braver every day, thanks to regular outings to help strengthen his legs. Recently, his new family learned that Cletus is quite the athlete, regularly sprinting and even leaping in the air at the dog park. He’s also got a keen sense of fashion, and looks fabulous in his very own giraffe outfit.

But most of all, Cletus is enjoying being a much-loved dog as part of a family, just like any other dog would. And just like other dogs, he’s one of a kind.

“He’s a little stubborn, he’s the class clown, you can take him anywhere, and, like me, he loves his mom,” says Mark. Even though he looks quite different on the outside, Mark says, “He’s a dog in every way.” 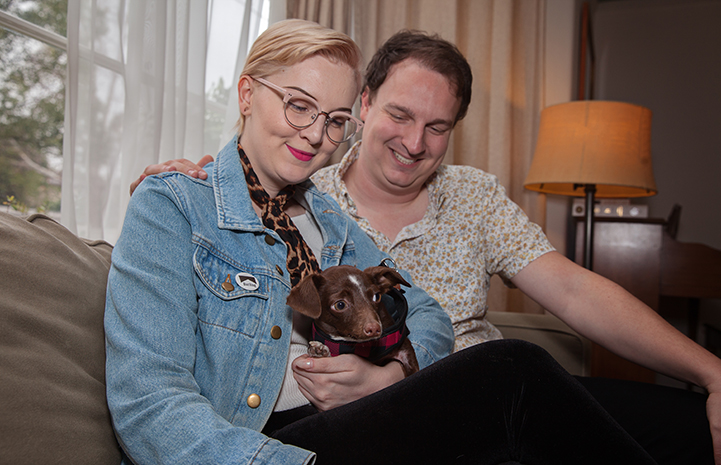