Image
Harry may have lymphoma, but that doesn't stop him from working his magic and making friends with everyone he meets.
By Tracy Blowers

Harry, a beautiful buff-colored kitten found as a stray, ended up in a municipal shelter just outside of Salt Lake City. It was clear that he was far from healthy: Under his soft silky fur, his skin had a yellow tinge to it and he was thin, frail and dehydrated.

The shelter staff knew right away that Harry needed more medical care, so they sent him to Best Friends in Utah, where an examination revealed that he had lymphoma. To keep him comfortable and manage his symptoms, Harry would need a daily dose of steroids and fluids.

Lymphoma in cats can be managed, but it can’t be cured. In Harry’s case, the medical team recommended placement in hospice foster care or “fospice home” until they could evaluate his response to treatment. In the meantime, a fospice home would provide all the care he needed to feel comfortable and loved. 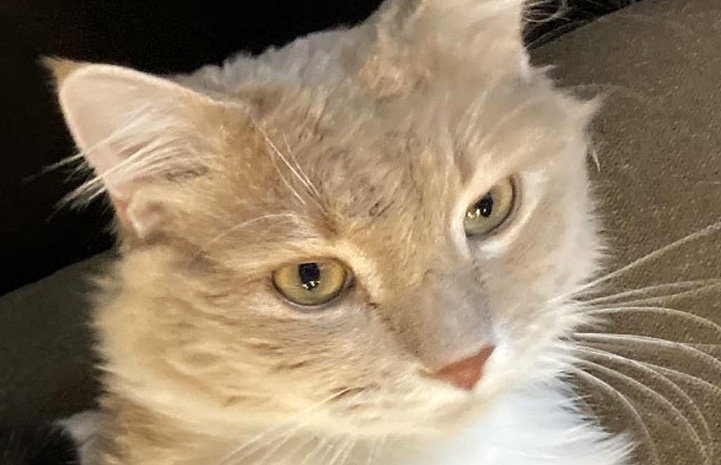 Foster kitten is a natural mentor

When Amber Sherwood heard about Harry, she stepped up to foster him. As he settled in, she noticed that he befriended the other kittens she was fostering. Turns out, Harry is an amazing mentor.

For example, he helped Thor, a lonely kitten who needed a friend to play with. Just as Amber stepped up to play with Thor, so did Harry. Eventually, he even began grooming him. “He was a sweet and playful big brother,” says Amber.

Harry did the same with her next set of foster kittens. “He would get up with me throughout the night and intently watched while I fed them,” says Amber. “He bathed them, played with them and would even get a concerned look on his face if they cried.”

Harry also became buddies with Amber’s foster puppy, Lucky. At first, they weren’t too sure of each other, but Lucky didn’t give up and Harry was patient. Lucky would follow Harry around, staying a short distance away. Eventually, Lucky tried nibbling on Harry’s ears and playing with his tail, and soon they were cuddling together on the couch. 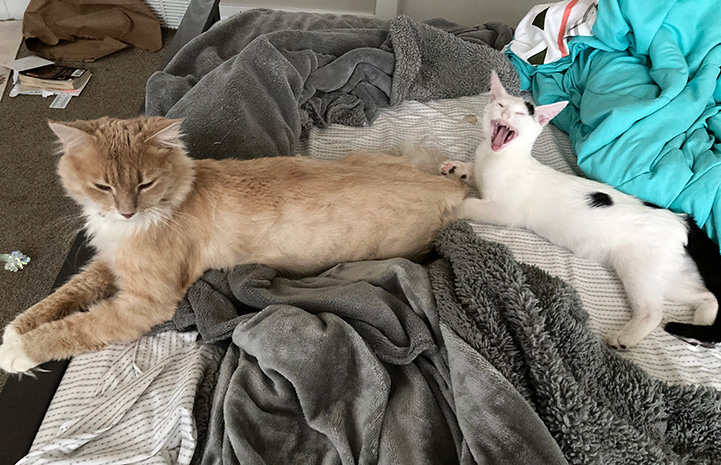 One day after finding a toy mouse under the oven, Amber noticed Harry was batting it around with an impressive amount of energy. He had been on his medication for a while and was beginning to look much better, too. “He was even entertaining us with the random zoomies around the house,” she says.

Besides the mouse, he also started playing with the laser pointer. “He is so intelligent, he even knows where the little red light comes from, because he perks up whenever I pick up the pointer,” says Amber.

Things really started looking up for Harry when, after a checkup with the Best Friends medical team, it was decided that it would be OK to put him up for adoption. His lymphoma wasn’t going away, but he was in much better health than when he arrived at Best Friends. He’d just need an adopter who would be willing to help him with his special needs.

[Top-secret purrspective from an office cat] 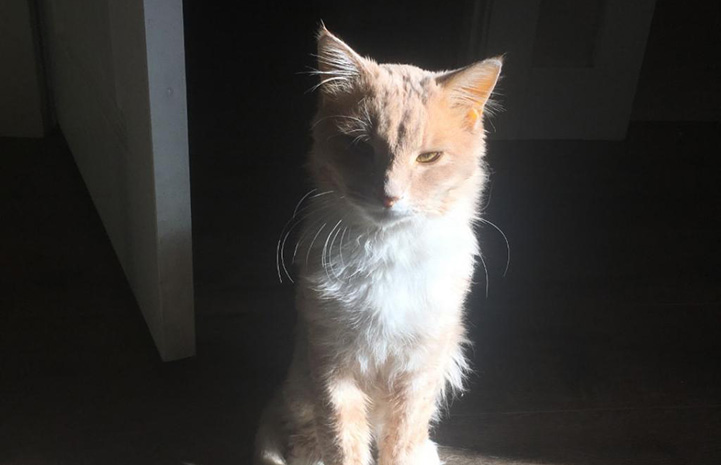 It all started with a haircut

After about four months of foster care, Harry was adopted by Angela Hess, and it didn’t take long for his fun-loving personality to shine brightly. When he first arrived at his new home, he had an awkward haircut from his medical exams. After Angela fixed his hair, he started giving her more love. And then after she gave him a bath, he started sleeping and cuddling with her at night, wrapping himself around her head.

He also has new siblings, including an older cat sister, Queenie, who isn’t too interested in him yet, but Harry is working his magic. While she eats, he slowly approaches and grooms her. His dog sister, Eva, might be three times as big but they love to play. Harry is a bit of a jokester and when Angela feeds Eva, he steals her food and hides it. He also has fun playing with Eva’s fluffy tail.

Harry has lot to say, too. “We have the best conversations when I get home from work,” says Angela. She also noticed that he wasn’t really responding to the name Harry, so she started calling him Theo. Now he comes to her every time she calls for him.

Today, you could say there’s a little bit more of Theo to love. He’s put on weight and is even feeling good enough to be goofy — proof that he’s living life to the fullest.

Have a spare room? Foster a pet

What a difference it made for Harry to have a comfortable place to live and heal. It’s proof that a little love in a foster home goes a long way. Why not give a little love and foster a pet from your local shelter?