Image
Cats and dogs are adopted for the holidays during the Best Friends Black Friday pet adoption promotion events around the country.
By Nicole Hamilton

This recent Black Friday, Best Friends pet adoption centers from coast to coast were filled with people eager to take advantage of low- or no-cost adoptions and give cats and dogs something they’d been waiting for — a home of their own. It’s always great to save a few dollars at stores on Black Friday, but it’s even better to skip the crowds and head to a shelter to save a life.

Of course, there’s still time to adopt a pet in your community in time for the holidays. To get you inspired to ring in 2019 with a new best friend (who won’t care if you sing “Auld Lang Syne” a bit off-key as the big ball drops in Times Square), take a look at some photos of animals recently adopted from our centers on Black Friday.

Adopting a cat over the holidays

‘Tis the season of giving after all, and over the weekend many people generously opened their hearts and homes to two cats, even if they’d only planned to adopt one.

In Salt Lake City, a pair of cats named Orion and Santino (best buddies and staff favorites at the Best Friends Pet Adoption Center in Utah), got to go home together. 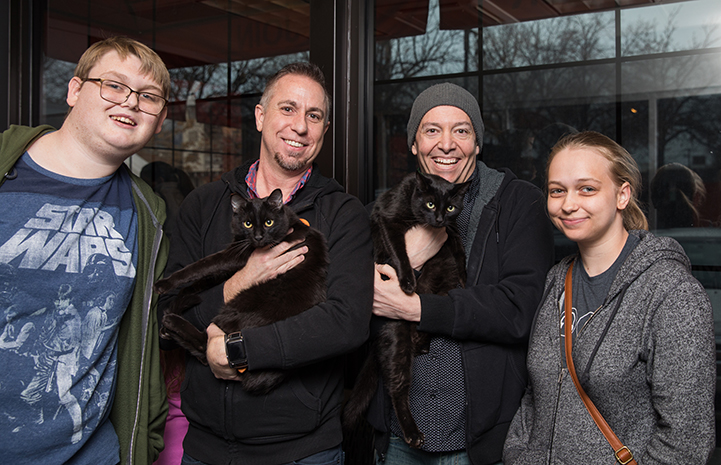 Tuffy’s adopter came to the Best Friends Pet Adoption Center in Atlanta specifically to meet her. Then, after also meeting a sweet ginger kitten named Ravioli, she decided to adopt them both. 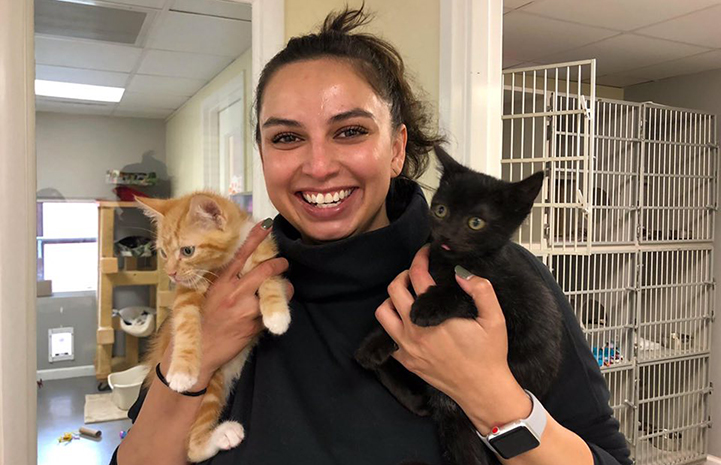 Nearly 150 cats and dogs from Best Friends in Los Angeles found homes during the Black Friday weekend promotion, including two kittens named Epiphany and Valentino, who went home together with a fun-loving family. 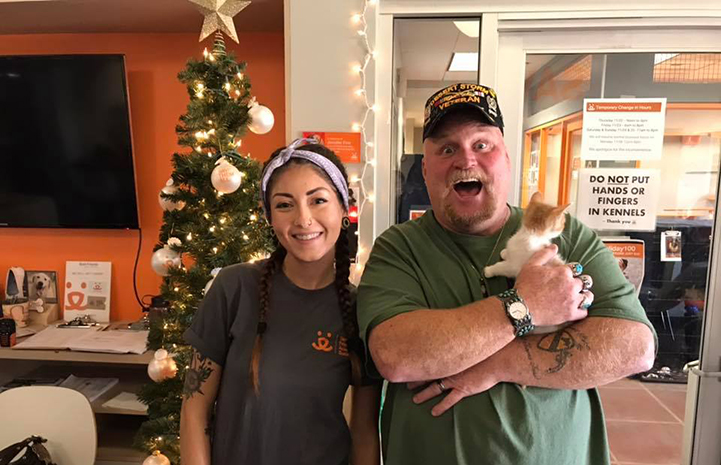 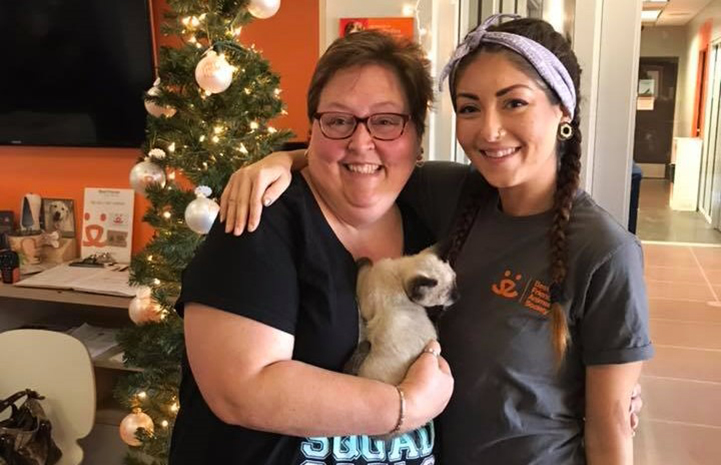 Danny and Sandy will be enjoying the holidays together, too, thanks to a family that adopted both of them at the Best Friends Pet Adoption Center in New York City after deciding they just couldn’t choose one over the other. 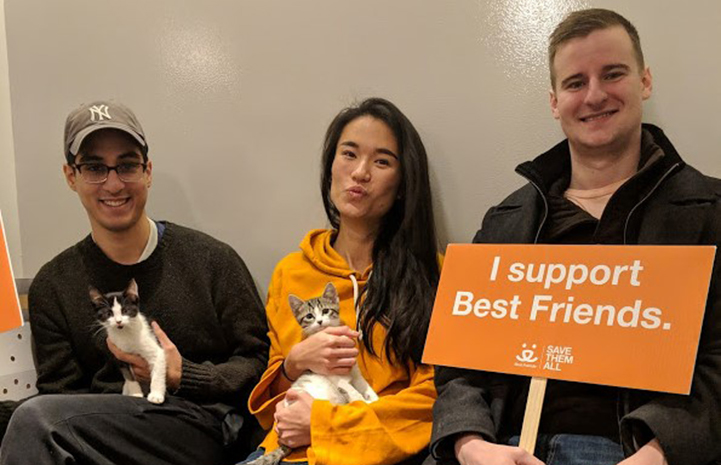 Photos of dogs getting adopted

What does it look like when dogs living at a shelter finally realize it’s their day to go home? We could try to tell you, but the words might pale in comparison to photos of the big day. 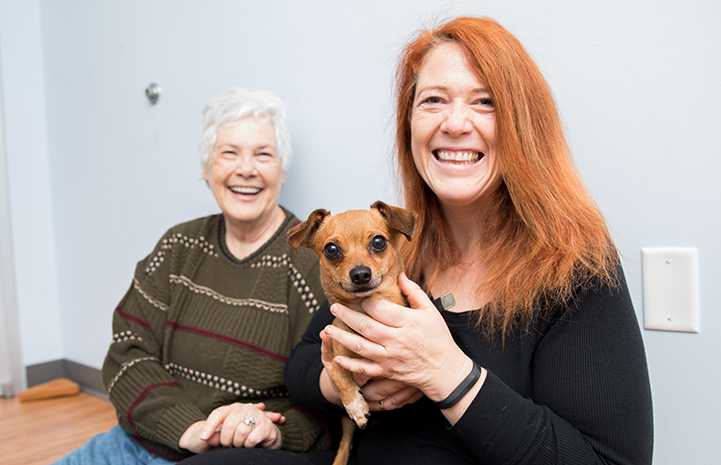 And so did big dog Sybil, who also was adopted on Black Friday. 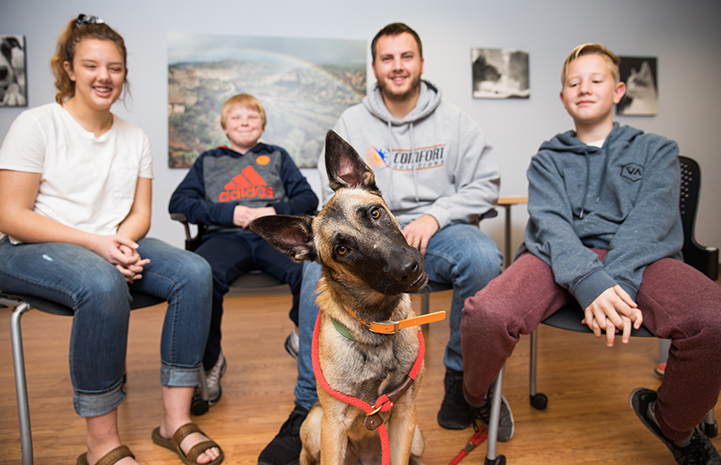 This family stopped by the Los Angeles adoption center looking for a playmate for their dog at home. They quickly fell in love with Casper and thought he’d make a great addition to the family. As you can see, Casper enthusiastically agreed. 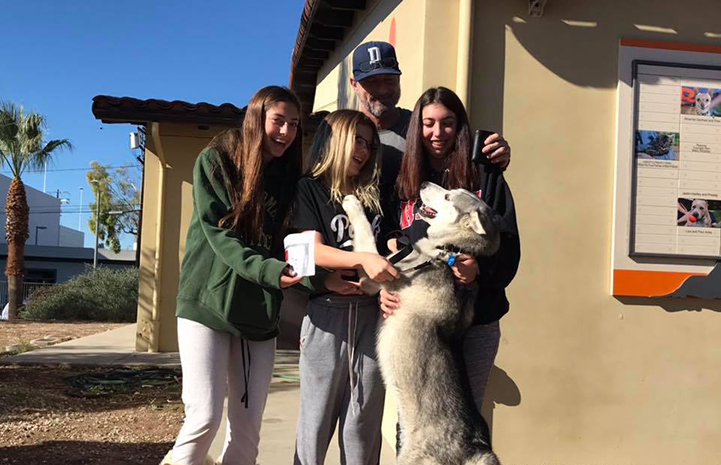 Cupcakes the puppy couldn’t contain her happiness as she left the adoption center in New York City with her new family. 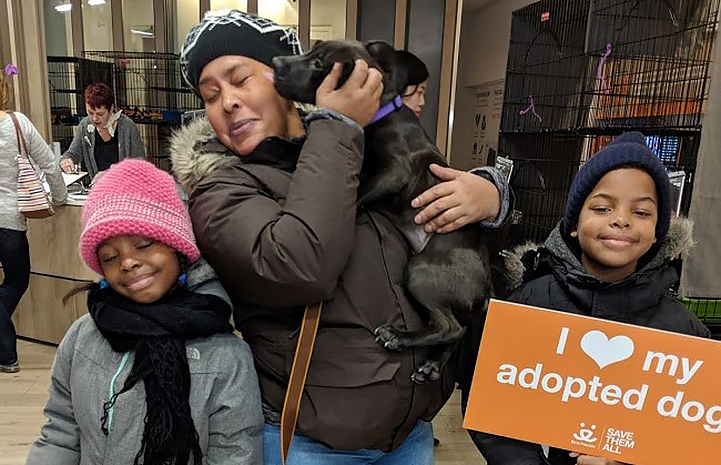 In Edinburg, Texas (where Best Friends has dedicated staff at the Palm Valley Animal Center to help save lives), little dog Molly went to a foster home a few days before Black Friday, and then she became a permanent resident when her foster family decided to adopt her. 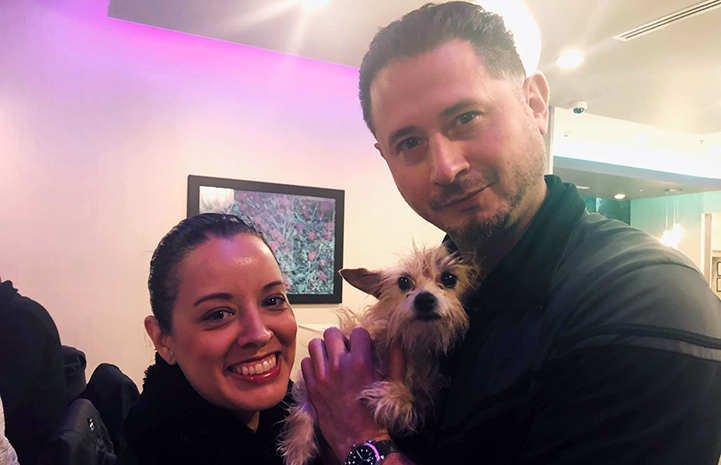 At the NKLA Pet Adoption Center, Cuba’s new mom had as good a reason as any to adopter her, saying: “He felt like home.” 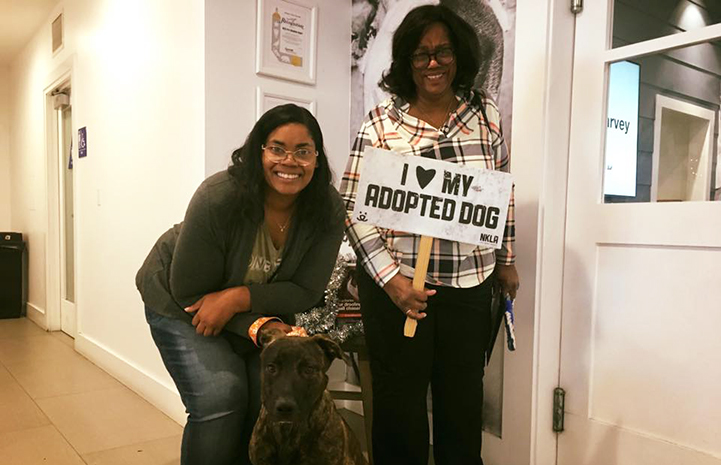 Give a homeless pet the best gift ever this holiday season