Lifestyle change for a cat with three legs

Image
Stray cat with injured leg that needs to be amputated comes to Best Friends for help and healing.
By Christelle L. Del Prete

Whether you choose to call him Super Hooper, Hooper the Trouper, Handsome Hooper or simply by his name, Hooper the cat has earned lots of respect and admiration (in addition to nicknames) at the Sanctuary.

Now two years old, Hooper had been living not far from Best Friends as a community cat, a designation that includes stray and feral cats. Community cats live in the neighborhood on their own, but often have people who feed them and look out for them. Luckily, Hooper had someone looking out for him when he was injured. 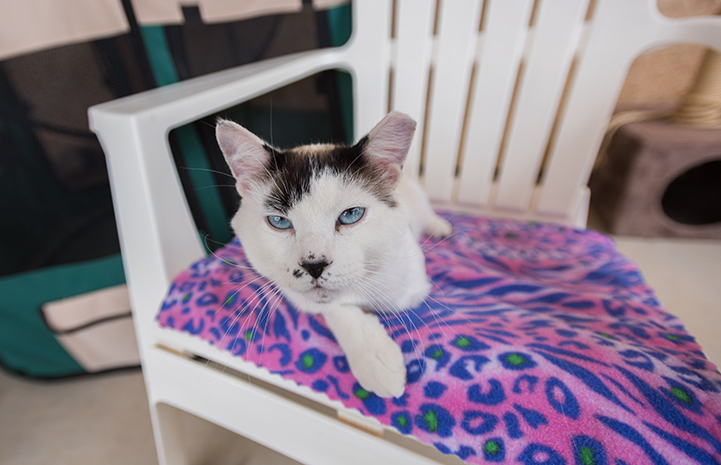 Helping a cat with a traumatic injury

No one knew for sure how Hooper was injured. But it was clear that his left front leg was so badly damaged that he needed help right away. Because his rescuer didn’t have the resources to help Hooper get the medical care he needed, the cat was brought to Best Friends.

Right from the start, Hooper made a great impression on his caregivers and the Best Friends veterinary team. He wasn’t just extraordinarily brave and cooperative during his medical exams, but he was also kind and sweet, in spite of the pain his injury had caused him. The vets determined that he had suffered some type of trauma to the elbow that had caused the joint to become infected and painful with arthritis.

Hooper received medication to ease his pain and antibiotics to fight the infection, but his elbow didn’t heal. He held his sore leg up out of the way and walked around on three legs. So Hooper had surgery to remove his weak, painful leg and get him on the road to recovery. 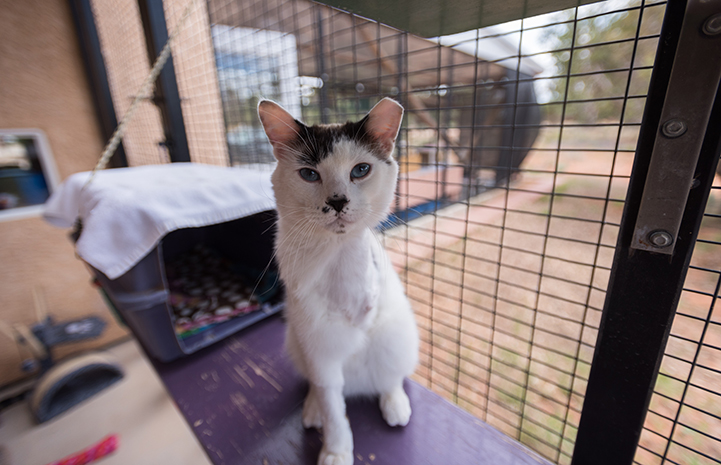 What does a cat front leg amputation mean for a community cat?

Hooper handled his surgery like a champ and didn’t miss a beat. Of course, now he was missing a leg. Most cats get around just fine on three legs, and there was no reason Hooper would be any exception. But what does a cat front leg amputation mean for a community cat?

“We really treat each cat as an individual in deciding what is best for them in their situation,” explains Janice Dankert, community cat program supervisor. “We've found that while missing a rear leg barely slows them down, cats don't do as well outdoors missing a front leg.”

A cat with three legs makes an excellent pet

A cat with three legs, however, still makes an excellent family pet. So, while Hooper’s days as a community cat were over, he had a whole new future to look forward to. And it was one that would take him off the mean streets and land him on Easy Street.

After his lightning-quick recovery, he moved into Cat World, and it’s a lifestyle change that’s worked quite well for him. While he waits for the chance to become someone’s beloved pet, “Super Hooper” is basking in all the admiration earned while he was at the clinic and all of the affection from his new friends in Cat World.

Help bring hope and healing to more animals like Hooper 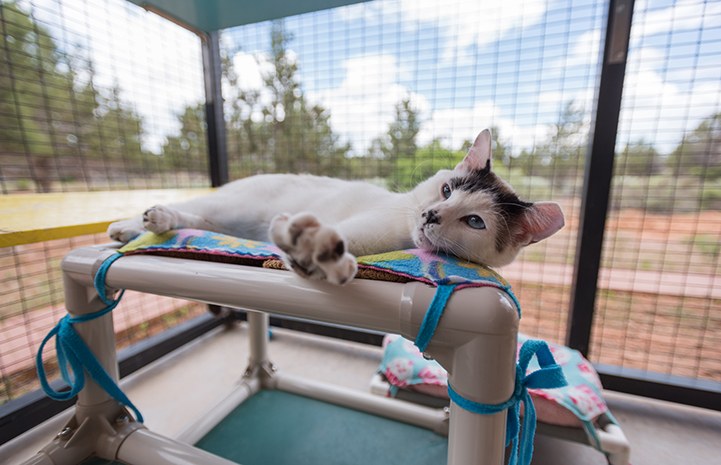