Image
Stormy was a puppy when she disappeared from her family's fenced-in yard, but six years later, with the help of her microchip, she's finally back home.
By Sarah Thornton

When Laura and Ervin Brafford’s three dogs — puppies Stormy and Dozer, along with Tinker the Chihuahua — disappeared from their backyard in Salt Lake City, Utah, the family was devastated and immediately started looking for them. They alerted the local shelter, asked friends and family to post about it on social media, and put up flyers. They tried everything they could think of to find their missing family members.

It wasn’t until six years later, long after the last flyer had gone up, that Laura received a call from Best Friends Animal Sanctuary. Stormy was there, and she was waiting for her family. 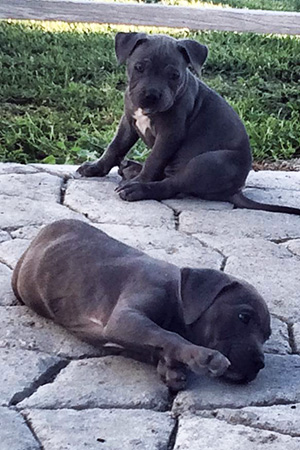 Stormy and Dozer were young when Laura and Ervin brought them home. They were happy, squirmy puppies just beginning their lives with their new family. “Stormy was always playful when she was little,” says Daniel, Laura and Ervin’s older son, remembering the puppies from his childhood. “Me and her were getting close. When Dozer would come play with me, she would, too.”

The pups were rarely out of their sight, Ervin says. “They went everywhere with us.” The whole family was enamored with the tiny grey puppies, looking forward to watching them grow up alongside the children.

And then they disappeared.

[How to help stray animals]

The family had a fenced backyard, but one day when they went to let the dogs back into the house, they were gone. The gate hadn’t been left open and there was no sign of how all three dogs might have gotten out. As their panic rose, they began to fear that someone had taken their dogs. Still, the family began the search in earnest in case they had managed to escape.

The puppies had been microchipped just a few weeks earlier, and when they went missing, Laura asked the humane society to check any similar-looking dogs who came in. She also put up flyers, asked neighbors to keep an eye out for the dogs and posted on social media. A year passed, with no luck.

They never stopped hoping, though, that one day their four-legged family members would come back to them. “We were always hoping that someone would scan the tag,” Ervin says. “We talked about it all the time.”

Six years later, when Laura got the call that her dog had been found, she assumed that the dog she now had at home had gotten out. When she heard the name Stormy, she was shocked. She told Ervin and the rest of the family, and soon they were preparing to drive 300 miles to Best Friends Animal Sanctuary to pick up their long-lost pup. 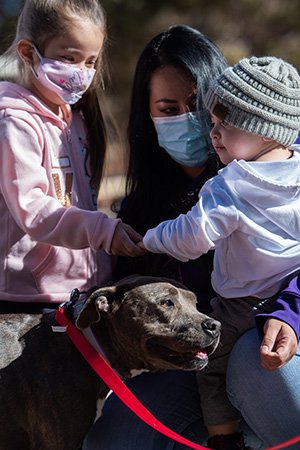 What Stormy’s life was like in the years she was lost will probably remain a mystery, but she was healthy and extremely friendly (if a bit dirty) when a rescue group in the area of the Sanctuary found her roaming around outside. Wherever she had been, she hadn’t gone hungry.

During Stormy’s initial exam at the Sanctuary, veterinary technicians found her microchip, and the search for Stormy’s family began. Fortunately, Ervin and Laura hadn’t moved or changed their phone number in all that time, and soon Best Friends’ Dogtown staff had tracked them down.

It was time to get ready for a long-awaited reunion. Stormy got a bath and lots of attention from caregivers who had fallen for her sweet personality during her short stay. Everyone was excited and ready for Stormy to be back with her family, counting down the minutes until her ride pulled up.

Laura and Ervin’s younger children had only ever heard stories about Stormy. Just a month earlier, in fact, Daniel says he’d been telling his younger sister about the puppies she’d never met. Once they learned that Stormy would be coming home, the little girl started telling everyone that they were going to go and get “her puppy.”

When caregivers brought Stormy out to her waiting family, her tail was wagging as she sniffed each and every one of them and gave the youngest child a lick on his face. Both big and little hands were all over her, petting her and scratching all the right spots.

Stormy was finally with her family again. After taking a few laps around the parking lot with the kids and getting farewell pats from Sanctuary staff, Stormy walked right up to the car door, ready to go home. 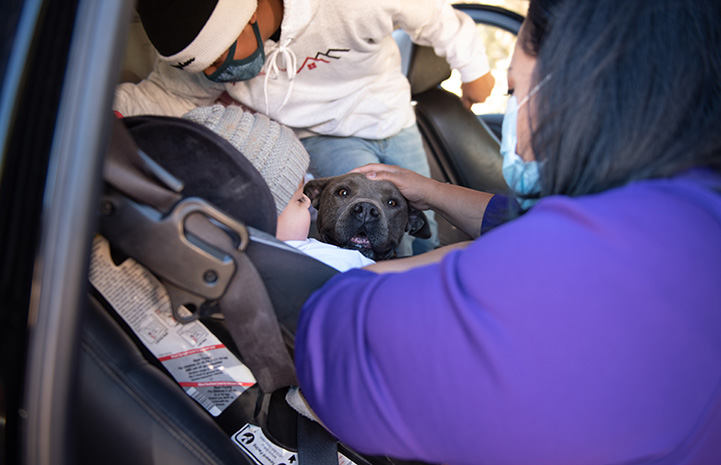 Stormy is home at last 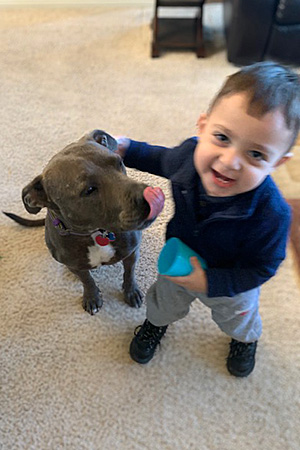 Arriving home, Stormy was as comfortable as if she’d never left. She had no trouble integrating with the other dogs in the house, and Laura says she’s polite and well-behaved. “She doesn’t get on furniture,” she says. “She does come and put her paw on your leg, and taps you, and places her head so that you give her hugs and love.”

The kids love her, and Stormy jumps around and dances with them when they watch Disney movies. She sleeps in Daniel’s room on her own comfy bed, and when she’s ready for a nap, that’s where she goes.

[Family reunited with their lost dog]

Laura says their family and friends were amazed by Stormy’s return, and it’s prompting those who haven’t had their own pets microchipped to think about getting it done.

It was tragic for the Brafford family to lose all three of their dogs in one day, and they are still sad about losing Dozer and Tinker, especially since they don’t know what happened to them or if they are safe. After that terrible day six years ago, the family made sure their yard is extra secure.

They were worried, at first, about what Stormy may have been through in her six years away from home, and how it could have affected her personality if she hadn’t been treated well. But it’s safe to say that, even if she’s not yet used to her old name, Stormy is still the same sweet, happy, squirmy dog they brought home so long ago. And she will always be a very special part of their family. 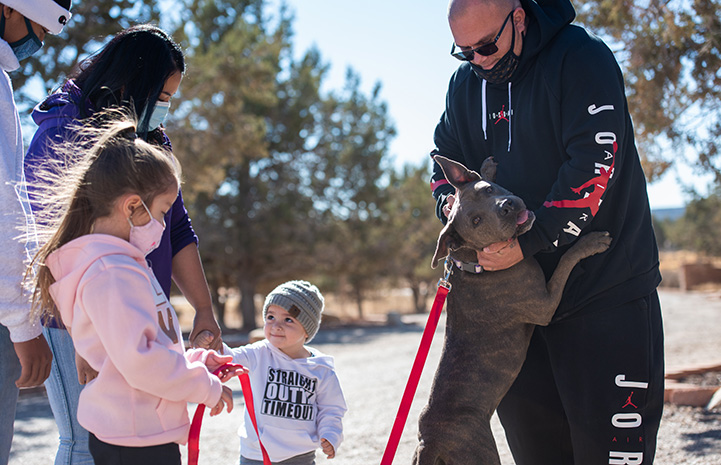 By volunteering, you can make that time in between so much happier for homeless pets, whether they’re waiting to be united or reunited with a family.

Meet a seven-year-old who takes Save Them All seriously

Photos by Molly Wald and courtesy of Laura Brafford