Puppies named Fly, Swim, Hike and Jump were only three weeks old when they came to Best Friends Animal Sanctuary. At that age, puppies are entering a wondrous phase where everything is new and awe-inspiring, and every experience leaves a lasting impression. But instead of learning about the world in the way that other puppies do, Fly, Swim, Hike and Jump had to fight for their lives before they’d even really begun, because they had canine distemper.

From the moment the puppies arrived at the Sanctuary, it would take an incredible coordinated effort from Best Friends staff and volunteers, as well as the Sanctuary’s veterinary team, to save their lives and to send them off into the world as the happy, healthy pups they are today.

Fly, Swim, Hike and Jump were born in southern Texas. It’s one of the places where distemper — a contagious and serious viral disease in dogs — is widespread.

“Distemper is endemic in many parts of the southern U.S., where Best Friends is focusing much of our lifesaving work in order to reach no-kill by 2025,” says Dr. Erin Katribe, medical director at Best Friends. “As part of our commitment to 2025, we are working toward a time when we can provide appropriate treatment for dogs affected at shelters. And at the same time, we are working on larger-scale strategies to combat the disease at a community-wide level. We're also working to provide educational opportunities to veterinarians and network partner shelters and rescue groups around the country, so that there won't be so much fear associated with distemper.”

Fly, Swim, Hike and Jump arrived with their mom, Locomotion, from Palm Valley Animal Center (PVAC) in Edinburgh, Texas. PVAC is one of the most under-resourced shelters in the country. But with the help of Best Friends and its own motivated staff, PVAC is making great strides toward no-kill. Between 2017 and 2018 the shelter’s save rate increased from 33.7% to 54.2%.

Reducing exposure to distemper by moving dogs and puppies into foster homes, permanent homes and other rescue organizations has been a big part of PVAC’s lifesaving effort. Sadly, in this case, distemper beat them to the punch. Locomotion fell ill shortly after arriving at Best Friends, and because she was a nursing mother, her puppies were also exposed. 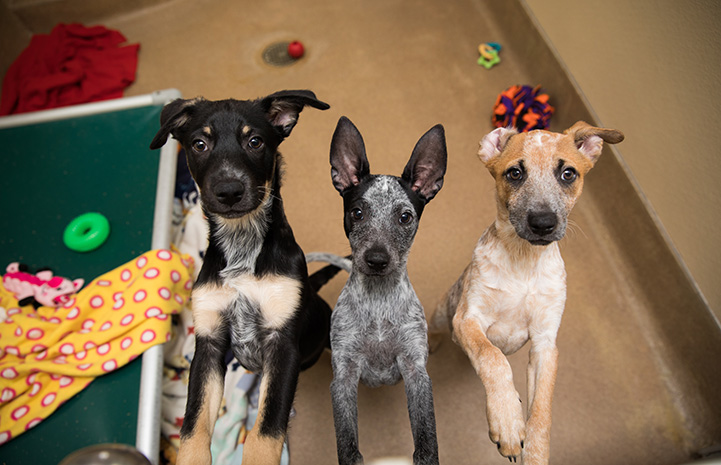 Can a puppy survive distemper?

While distemper can be mild and treatable in adult dogs, distemper in puppies can be fatal because their immune systems haven’t yet developed. Suddenly, four puppies with their entire lives ahead of them were fighting to stay alive. Although distemper has no cure, prompt round-the-clock supportive care (including fluids to maintain hydration, medications to ease gastrointestinal symptoms and antibiotics to treat secondary infections) can be lifesaving.

“With intensive treatment, we can save the vast majority of adult dogs that contract the disease,” says Dr. Erin. “While more challenging to treat successfully in puppies, it is certainly possible.”

Saving the puppies wouldn’t be easy, but Dogtown staff, the Best Friends veterinary team, local volunteers and staff from various departments at the Sanctuary mobilized to provide round-the-clock care and constantly monitor the puppies’ health. During every shift, the puppies were fed — from bottles at first, and then, as they grew, from bowls. If any of the puppies didn’t eat enough on their own, they were fed through a syringe to make sure they got the nutrition their bodies needed to grow and to fight the disease.

Caregivers administered medications, cleaned the puppies, tidied up their room, warmed their heating disks and checked them for any new or worsening symptoms. Early signs of distemper in puppies and dogs include coughing, runny noses or eyes, stomach upset and vomiting. As the disease progresses, serious neurological symptoms (such as seizures) can occur. The veterinary team was standing by 24/7 to keep the puppies as comfortable as possible and respond to any emergency. 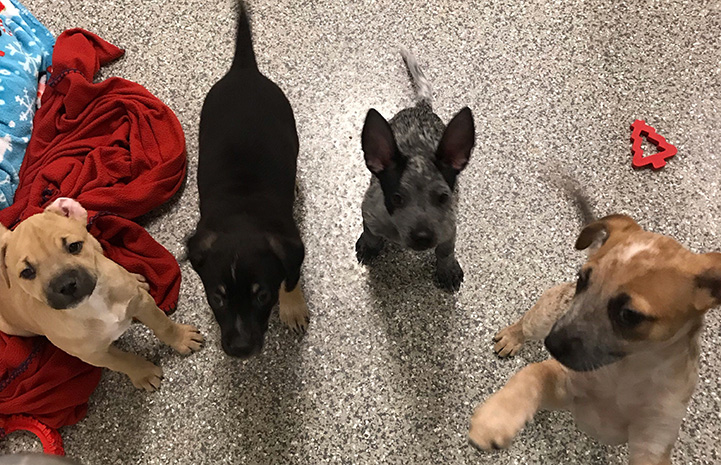 There is no doubt that all this constant and excellent care saved the lives of Fly, Swim Hike, Jump and their mom, Locomotion. But something else did, too — love. Although everyone was gowned and gloved while handling the puppies (to prevent spreading the disease), the puppies were held, petted and loved on as much as possible. They climbed on their caregivers’ laps and over the big rubber boots people had to wear into their room. They had piles of soft blankets and plush toys. A core group of people they had come to know, love and trust spent extra time with them, making sure they would grow into happy and well-socialized pups.

All the effort paid off when the puppies began to feel better. Their noses and eyes stopped running, and they became more alert and active — bouncing around, playing and wrestling with each other. They were ready to be spayed or neutered and also ready to move on to Dogtown’s puppy preschool, where they would have fun with other puppies, meet volunteers and learn foundational skills to help them succeed in new homes.

Fly, Swim, Jump and Hike got their all-clears first and headed over to puppy preschool. They romped with other puppies, took part in puppy socialization classes and raced around the puppy park. It wasn’t long before they were all adopted, including Locomotion.

You can make a difference in puppies’ lives 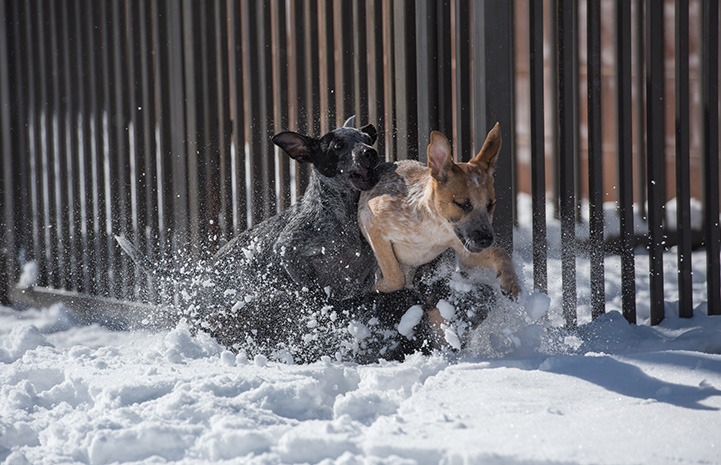 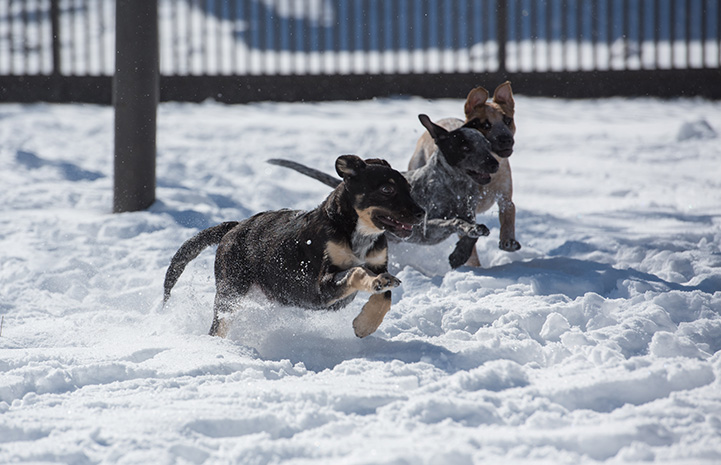