Image
Dog with severe heartworm disease that left him emaciated and in respiratory distress receives treatment and a loving foster home.
By Nicole Hamilton

Bonnie had planned to just go with her boyfriend to the center and help him choose a dog to adopt, but that all changed when she saw Arrow. Once she learned how he came to the center with advanced heartworm disease that caused severe, ongoing respiratory problems, her heart went out to the sweet dog. “I need him,” she told herself. And that was a good thing, because Arrow needed her, too. 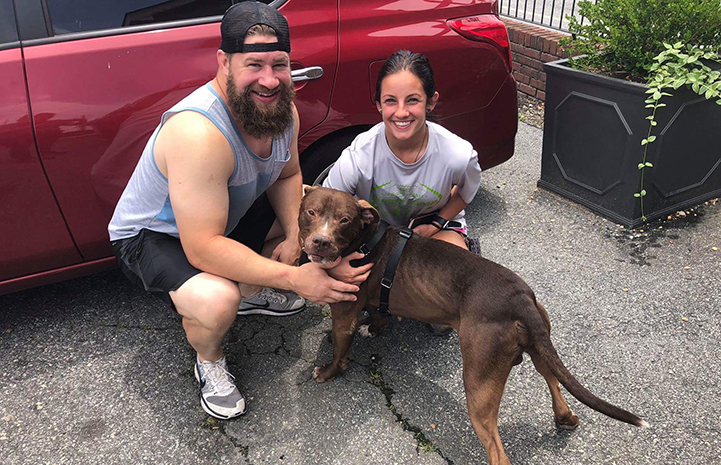 Stepping up to help a dog in need

Arrow was brought to the center from LifeLine Animal Project, an Atlanta-based organization that manages the Fulton County Animal Services shelter. When he arrived there, Arrow was already in the advanced stage of heartworm disease, which left him emaciated and in respiratory distress.

Arrow needed more medical care than was available for him at the shelter, so he was brought to Best Friends in Atlanta, where he went straight to the vet’s office. While the plan was to keep him there overnight for monitoring, he was so sick that he stayed there a week.

When he started to feel better, Arrow moved into the adoption center, where the team put him on a diet plan to help him gain weight. He also began treatment for the heartworm disease, which can be perilous for any dog because it involves injections of a powerful medicine. But it was even tougher for Arrow. 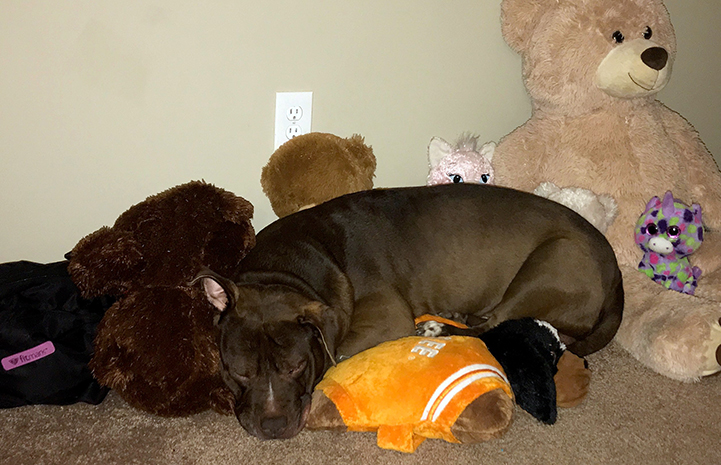 His heartworm was so severe that he needed three injections instead of the standard two. Plus, after each injection he had to be on 24-hour watch. His treatment was risky, but without it the disease would kill him. It was his only chance to live a longer and (someday) a happier life.

No-Kill 2025: Why it’s important to save dogs like Arrow

Because Arrow was in the middle of heartworm treatments the day Bonnie met him, she had to leave the center without him. But she kept thinking about him.

Then following the conclusion of his heartworm treatment, Arrow returned to the vet’s office for chest X-rays, which revealed a suspicious mass on his lung. The veterinarian worried that Arrow wouldn’t survive the surgery required to remove it, so the only option was to start him on medication to shrink it.

The possibility that medical challenges might shorten Arrow’s life made the center staff all the more determined to give him the best life possible. That’s where Bonnie came in. Once she learned about the mass, she paid a visit to the center with her dog Khaleesi. If the two got along, then Arrow would be going home with them. They did, and soon he was on his way out of the center and into a home. 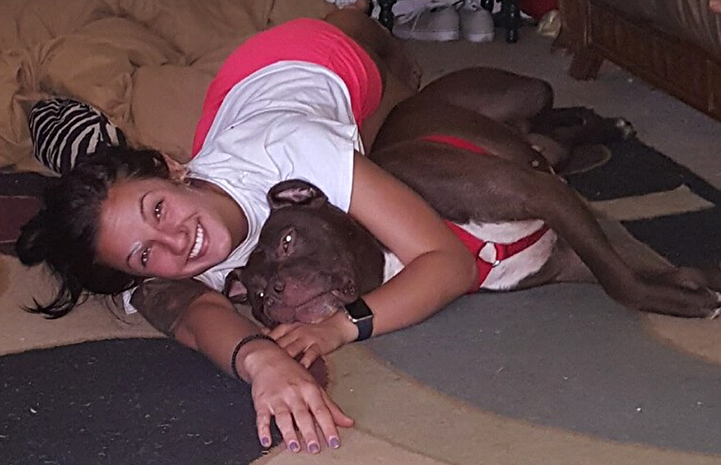 With his ongoing severe respiratory issues and the mass on his lung, Bonnie knew her time with Arrow could be short. So she focused on making sure that every day Arrow had was as good or better than the last.

Since Bonnie was studying to be a nutritionist and doctor of chiropractic medicine, she was eager to help Arrow with holistic medicine and therapy. So far, it’s been a winning combination. “He’s active and playing, and he’s doubled in weight,” says Bonnie. “He looks like a regular dog now.”

In fact, Arrow received some great news at his recent checkup: Dr. Natalie Duncan, the center’s veterinarian, says that the latest X-rays indicate the mass has completely disappeared.

But there’s one thing that hasn’t changed, and that’s Bonnie’s commitment to giving Arrow everything that makes him the happiest: a home, a loving family and even a little canine sister — now that she’s in the process of adopting Arrow.

Modern medicine certainly helped Arrow beat advanced heartworm disease and all the complications that came with it. But Dr. Natalie says Bonnie’s determination to give Arrow all the love he needed played a big part in turning his health around, too. “I wholeheartedly believe Bonnie’s willingness to go above and beyond for him made all the difference in his path to recovery,” she says.

Foster a dog in need near you 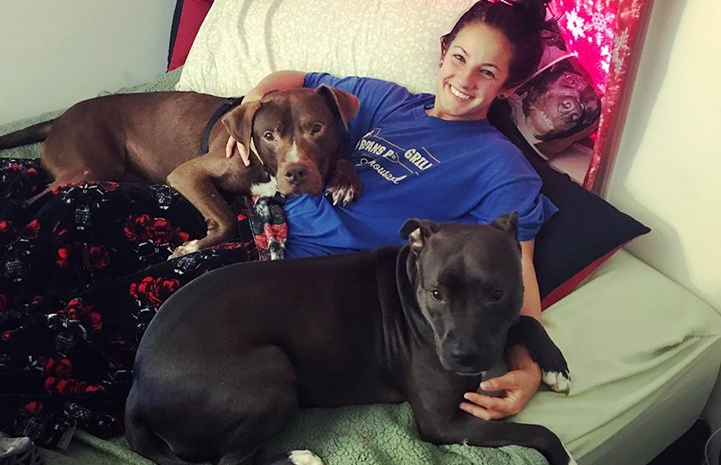 Photos by Sarah Ause Kichas and courtesy of Bonnie Mosby