Sequoia was so panic-stricken and shut down when she arrived at the Sanctuary last year that nothing or no one seemed safe to her. She was always on guard and distrustful of everyone and everything, whether it was her caregivers or everyday things like water buckets and food bowls. But all of that was about to change.

The three-year-old dog had a few things working against her from the get-go. She has a slight neurological condition from a previous head injury. She was so anxious and distressed that her appetite was poor and she was underweight. Although she had grown up looking to people for comfort and love, at some point her trust had been shaken, and she became fearful.

It would take time to rebuild Sequoia’s confidence and faith in people. But there was never any doubt that with the right kind of help, this apprehensive dog could turn around. 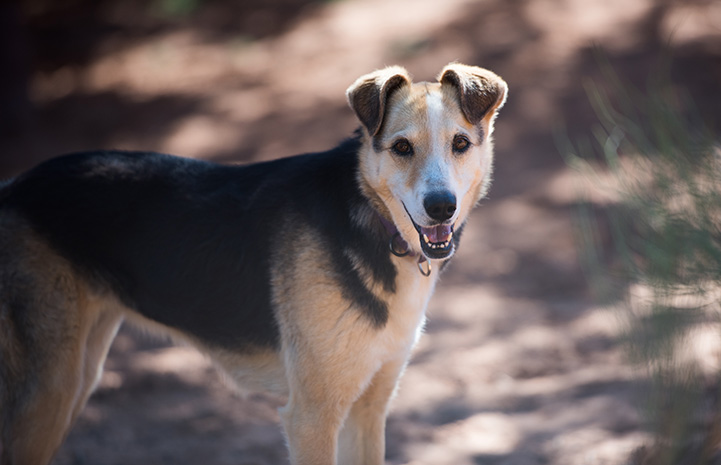 Moving at a timid dog’s pace

From the time she arrived in Dogtown, caregivers respected Sequoia’s space while they worked to gain her trust, bring normalcy to her life and show her that nothing or no one would harm her. At first, she was afraid to eat from her food bowl or drink from buckets, so caregivers fed her from plastic cups and plates.

For a while, Sequoia stayed in a Dogtown building’s kitchen, so she could get used to people coming and going, and all the normal activities in a busy setting. But no one rushed her. Her caregivers took it slow and moved at her pace. Once she began to understand that she was safe, Sequoia began to relax and to build relationships with her caregivers.

“In a short period of time, she started to ask us for attention,” says Dogtown team lead Tierney Sain. “She would put her paw up in the air at us and wanted us to pet her. So, of course, we did. We just sat with her on her bed to pet her. She would finally relax when we did this. (We were) teaching her that she could trust us for respecting her and then for giving her nothing but love once she trusted us.”

With time, patience and lots of love, Sequoia has faced her fears and opened her heart to people again. Once she gave them the chance to show her gentleness and compassion, she was transformed from a frightened and skittish dog into one who is sweet, social and affectionate.

Dogtown caregiver Tom Williams chose Sequoia as his project dog — a dog who needs extra help and therefore gets extra time and attention from caregivers. “I want to give her that last little polish that will get her noticed and adopted,” he says. “Sequoia’s come a long way since she came to the Sanctuary. She’s a really sweet, loving companion. She can be held, loved on and picked up.” 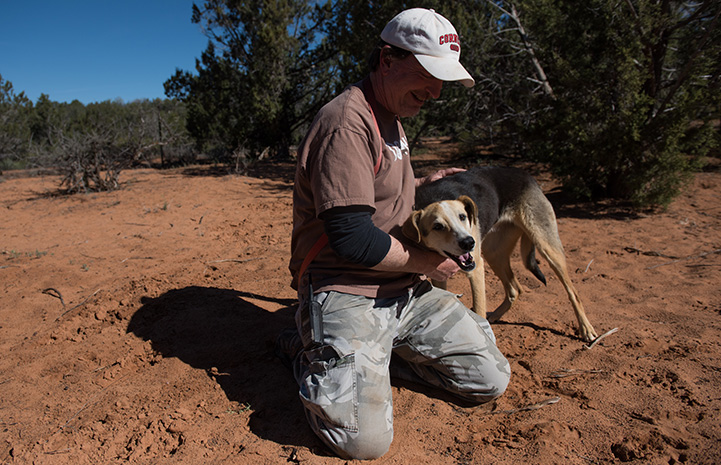 From cowering to carefree

These days, Sequoia is widening her social circle beyond her caregivers. Whereas before she struggled with meeting new people and was terrified to go anywhere with a stranger, she’s brave enough now to go for walks with Dogtown volunteers. Other dogs have helped her as well, including a doggie roommate who has helped her gain confidence, and a playmate who goes on fun outings with her.

Sequoia now loves to go out and explore, and there are moments when the once-cowering dog is truly carefree. “She loves going to the creek,” says Dogtown caregiver Paul Lindley. “The first time she went she was a little hesitant. Then she realized it was water, which she loves. She took a flying leap into it and then was flying through it.”