Through the years Best Friends Animal Sanctuary has been a temporary stop for thousands of homeless pets. From dogs and cats to goats and rabbits, they all get the love and care they need until they can be adopted. But that care isn’t just for domestic animals. Located right at the Sanctuary is Wild Friends, a state and federally licensed wildlife rehabilitation center.

Whenever orphaned or injured wild animals are brought to the Sanctuary for care, the goal is to nurse them back to health so they can be released back into the wild where they belong. But sometimes this isn’t a viable option. Some animals have been illegally raised by humans and as a result don’t know how to take care of themselves in the wild. And some have injuries that prevent them from being able to hunt or defend themselves.

The good news: With the appropriate government licenses, these animals can stay at Best Friends, classified as educational wildlife. While life at the Sanctuary isn’t the same as being free and wild, life is pretty cushy for them. (They certainly don’t mind having regular meal delivery service.) Animals unable to be released into the wild become Best Friends educational ambassadors with the job of teaching people the importance of wildlife conservation and properly licensed rehabilitation.

One of the oldest residents of Wild Friends is Annabel the crow. When a couple found her 20 years ago on the side of the road, she was a just a nestling. They noticed there was something wrong with her feet: They twisted backward and pointed toward her body. She wouldn’t survive in the wild on her own, so they picked her up and decided to keep her. They were kind and cared for her, but ultimately keeping a wild bird is against the law and in 2004 she was surrendered to Best Friends.

Today, Annabel lives with another crow friend, and she’s always excited to see her favorite person, wildlife rehabilitator Troy Snow. She enjoys small gifts like twigs and she likes her meals delivered so she can pick through them and toss everything around. Crows are such intelligent birds. It would have been better if she still had the enrichment of a life in the wild where she could explore without limit.

Had she been brought to a licensed wildlife rehabilitator right away, her legs could have been splinted for correction. She might have been able to return to the wild, join a flock and fly around making many, many friends and doing what crows do. But it was too late for her legs to be fixed and she was too used to people caring for her. 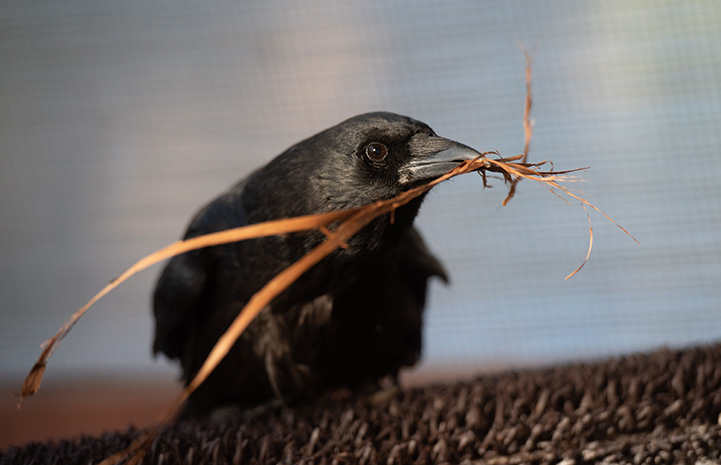 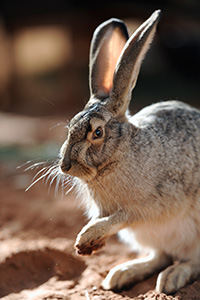 Another Wild Friends resident raised by people (when they shouldn’t have) is Forest. He was found by well-meaning folks who just wanted to help. But since they didn’t know what to feed him, he didn’t get appropriate food. When he was accepted into Wild Friends in 2013, he was malnourished and had developmental issues. He was still young and required hand-feeding even after he arrived.

Jackrabbits usually are sensitive to being handled by humans. Rehabilitation of jackrabbits can be extremely stressful, and they are prone to injury if they are handled incorrectly and try to escape. They may also refuse to eat if they are too scared, making proper care from a licensed rehabilitator even more important. Baby jackrabbits picked up and raised by people almost always grow wild, but not Forest.

He likes people. “It is endearing. I love him,” Troy says. But he quickly adds that he’d prefer that Forest live a full life in the wild, running away whenever he spots a person.

California gull Finn was originally brought to another wildlife rehabilitation center in the Salt Lake City area. An old hip injury gave him a heavy limp, though the rest of his body was fine. In his state, competing for food in the wild would be difficult. Troy says the injury might even cause the flock to turn on him because the abnormality might bring unwanted attention to the flock.

Because he wouldn’t be able to survive in the wild, an educational wildlife license was arranged so he could live out his life at Best Friends. He resides with two other gulls who can walk just fine, but can’t fly. It’s easy to pick Finn out of the group. Best Friends is a safe place for the gulls, who don’t have to worry about competing for food or staying away from predators. 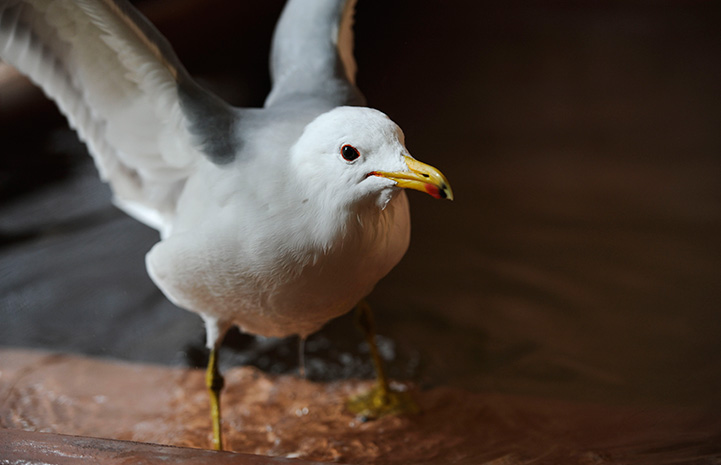 When it comes to birds of prey, Suvali’s situation is not uncommon. This majestic owl was hit by a car and has a permanently injured shoulder. You might think: If she’s an owl, why didn’t she fly away from an oncoming car? But when birds, extremely light by nature, have their bellies full after a heavy dinner, they are often unable to get the right momentum and angle to escape oncoming traffic. That’s what probably led to Suvali being hit and injured.

At Wild Friends, she has a large enclosure all to herself that’s full of branches to hop across and safe places for perching and sleeping the day away. But like the other owls with similar injuries who live across the small dirt road in another enclosure, she’ll never be able to fly again. Instead, Suvali shows visitors why it’s so important to be careful when you see birds in the road. Don’t just assume they will fly away. 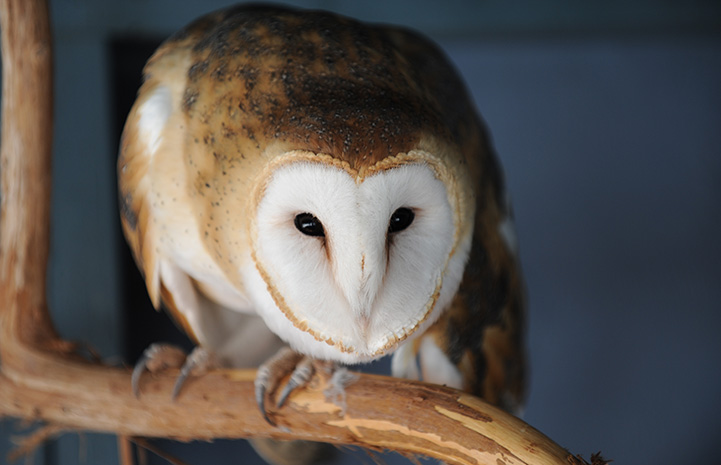 A trio of large ravens ― North, South and West — all were classified as educational wildlife at different times due to injuries that made them unable to fly. Full of personality, the three black birds delight in tearing carpet from their perches and chattering with each other all day. One of them even likes to mimic the sound of a goose who used to live nearby.

North, South and West have made friends with the wild ravens living around the Sanctuary. They’ll sneak their food (as sneaky as you can be in broad daylight with people watching) to them through the enclosure fencing and call out to them while they eat. The trio can’t fly off and join their wild buddies at the end of the day, but they do have each other. 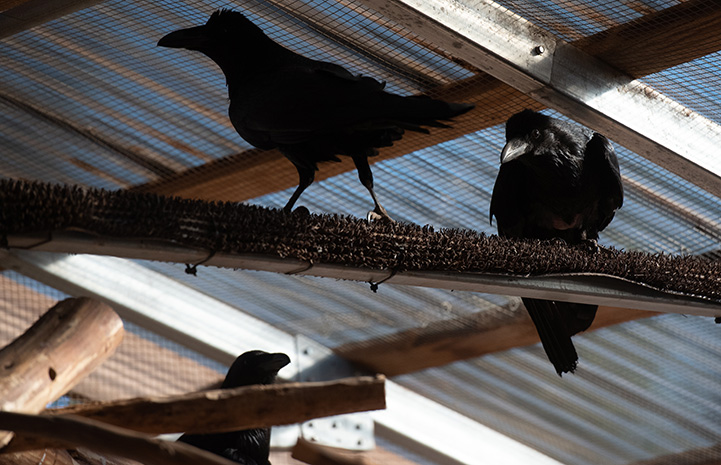 The animals classified as educational wildlife at Wild Friends are given the best care possible and are beloved by their staff caregivers. If they could run or fly off and be free and wild, it would be better and happier for them, but each is an important example of why wildlife conservation and proper rehabilitation is so necessary.

If you find an injured or orphaned wild animal, the best way to ensure they live a good life is to contact the nearest licensed wildlife rehabilitation center.

Help animals of all kinds by joining Best Friends today