In a remote stretch of the San Juan River in southern Utah, you’re far more likely to see bighorn sheep onshore than any kind of domesticated animal. That’s why the sight of a dog lying on the river’s rocky banks was quite alarming to newlyweds Katie Gubler and Trace Whitelaw. The couple and Katie’s uncle had just embarked on a six-day river trip, and saving a dog was not on their itinerary. But one look at the forlorn dog changed those plans.

How the dog ended up alone in an incredibly remote area was a mystery, but the reddish-brown dog was fighting desperately for her life.

She was also terrified of people — so much so that when help finally arrived, she threw herself into the water and tried to swim away. Since she was exhausted and had a badly injured leg, she didn’t get far. There was no one around for miles, and the dog wasn’t wearing ID tags. But she was lucky enough to be found by people who refused to leave her behind. 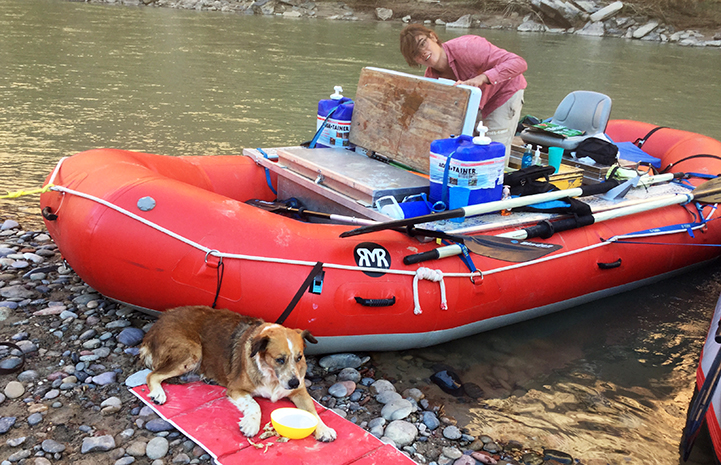 Newlyweds give injured dog a lift

Katie and Trace found Juanita (who they named after the river) on the first day of their river trip. The river flowed through the bottom of a canyon in an area so remote that there was no detour available to get the dog to safety. The only way to get her out was to keep paddling downstream as planned, and help Juanita stay as comfortable possible until they could get help.

It was no small feat. Juanita had a broken leg and was in pain. Her sweet eyes were runny with infection. She was weak, sick and understandably grumpy. She refused to eat the entire time and would only drink a little water. As much as Juanita needed help, she resisted by dragging herself 10 feet away from her comfortable blanket when they stopped to camp each night. It was difficult to coax her into the boat and to keep her in it. But they didn’t give up.

A tiny bit at a time, Juanita allowed Katie to get close to her. “It was easy to emotionally connect with her when I was lying with her and holding her,” Katie says. “Sometimes she was in and out of consciousness, and I didn’t know if she was going to make it. But I knew that if we could get her off the river, she would live.” 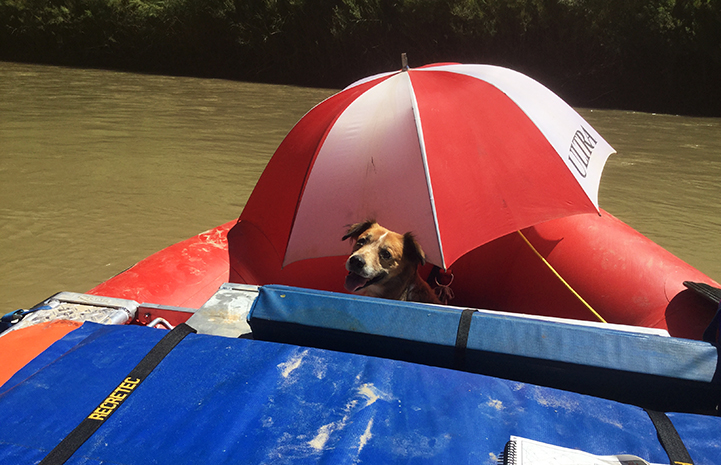 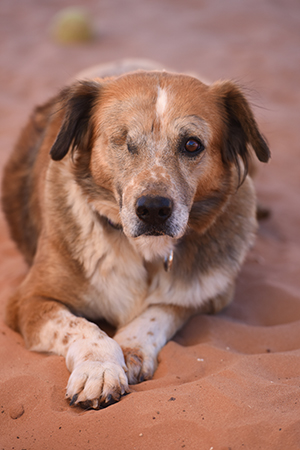 That’s exactly what they did. The rafters finally made it downstream with Juanita, to a place where they could get help. The nearest emergency veterinary care was at Best Friends, and Juanita was soon on her way there.

The injured dog had survived, but she wasn’t out of the woods yet. The Best Friends Animal Clinic determined that she wasn’t microchipped and no one has claimed her, but she is in good hands. After a month in the clinic, Juanita’s leg healed well, but she lost an eye to an infection, sometimes referred to as “river blindness.” Being the trooper that she is, Juanita survived that, too.

After recovering from her injuries and the physical toll of being out on her own, Juanita is still recovering emotionally. Trusting people is a different kind of challenge that she confronts every day, but like the survivor she is, she’s bravely facing it.

Since the day her rescuers found her, Juanita has only known kindness from everyone she meets. And even though it’s hard for her, she’s giving people a chance. She’s coming around, greeting her caregivers with tail wags and slowly warming up to volunteers.

“Juanita is a rock star,” says Dogtown caregiver Adam Stahlnecker. “She’s really been working hard on her shyness, and it's really starting to show in her interactions with people and leashing her up. She even let me put a costume on her for Halloween.”​

Though Juanita’s rescuers fell in love with her, they can’t have pets where they live so they aren’t able to adopt her. But that didn’t make them any less determined to save her life. Thanks to that determination, this once-desperate dog has a future and a chance to find the loving home she deserves. Her rescue is one of those acts of kindness that proves every one of us can make a difference and help to Save Them All.

Donate to give more animals like Juanita a second chance 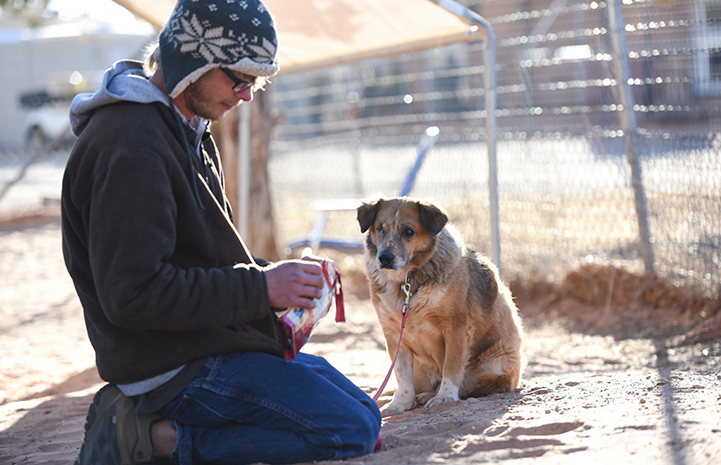