A milestone for animals in Los Angeles

“My focus is saving as many dogs in the Southern California shelter system as possible,” Cassandra says. “To make a bigger impact, I realized we can’t do it alone.”

As the 100th partner to join Best Friends’ No-Kill Los Angeles (NKLA) Coalition, Wagging Dog Rescue has access to the collaborative energy and lifesaving programs that are helping to transform Los Angeles into the nation’s largest no-kill city. 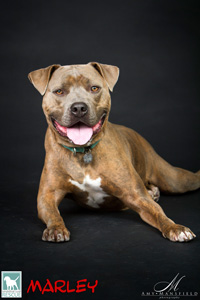 Working together toward no-kill

Since it launched in 2012, the NKLA initiative has already helped increase the save rate (the percentage of animals entering the shelter and not killed) at L.A. city shelters from 57.7 percent to 76.3 percent.

Those kinds of results are important to Cassandra. “There is strength in numbers, for sure,” she says. “Wagging Dog Rescue wants to partner with bigger organizations and seek out like-minded organizations we can learn from.”

One of the first activities for the new coalition member will occur in November at the Best Friends NKLA Super Adoption Weekend, which attracts thousands of people eager to adopt pets.

Sunshine, a shy former breeding dog who spent her life tied to a stake, and Marley, a rambunctious youngster who required several knee surgeries to get healthy, are among the dogs Wagging Dog Rescue plans to showcase for adoption. “We’re very excited about the doors this will open for us,” Cassandra said.

While Wagging Dog Rescue is the newest coalition member, Heaven on Earth Society for Animals was one of the first organizations to join. The non-profit organization focuses on cats and kittens, the highest-risk pets in Los Angeles city shelters. 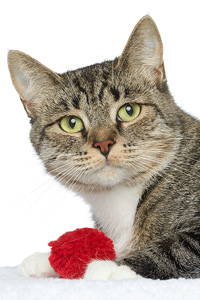 “Being able to say we’re part of the NKLA Coalition is worth its weight in gold,” said Pamela Geisel, intake and adoptions director for Heaven on Earth. “It’s about what the coalition can help us do for the greater good, which is making L.A. a no-kill city.”

Recently, Heaven on Earth started showcasing some adoptable cats at the Best Friends NKLA Pet Adoption Center in Los Angeles. The center allows NKLA Coalition partners to house their pets until they are adopted.

Heaven on Earth has, so far, found homes for several cats through the center, while Purdy, a sweet two-year-old female tabby originally from a Los Angeles city shelter, currently awaits her forever home there. And Pamela looks forward to a second spot opening soon to showcase another adoptable cat. “We’re delighted with how it has gone so far,” she says.

The collaborative spirit of NKLA hit home for Heaven on Earth when a kitten hitched a ride on an employee vehicle’s wheel well at a local cultural center in Los Angeles. Since Heaven on Earth frequently has outreach events at the facility, Pamela received a frantic call.

“They brought out half the people in the building to catch the kitten — with no luck. We don’t have traps, so I told them to call Los Angeles Animal Services,” she said. After the kitten was rescued, Heaven on Earth took the kitten from the shelter in order to find a home for her. “It’s an example of partnership that can be achieved when we work not as adversaries, but as collaborators.”

The kitten, named Audrey after the founder of the cultural center, now lives with a poodle mix named Dolly and the two have become best friends.

“Homeless pets are a community issue and the community is the solution, whether it’s through adoption, spay/neuter, fostering, volunteering or donating,” Marc says. “The NKLA Coalition is setting a tremendously positive example of how, by working together, we can save them all.”

Be a part of the good news by giving a gift to Best Friends. You'll be helping NKLA coalition members, too.