Image
Family of lost senior cat spends a month looking for him, checking rescues and shelters and putting up posters of him. This story has a happy ending.
By Nicole Hamilton

For years, Lennox the cat was Megan Iturburu’s faithful companion. He was there when she brought her newborn children home from the hospital, and his presence comforted her when her husband was deployed in Iraq.

“He loves cuddling with me and sits on my lap whenever I sit still for more than a few minutes,” says Megan. “At night, after I get my children to bed and the house is quiet, Lennox will come find me and sit on my lap while I am on my computer or watching television.”

Fifteen-year-old Lennox is a stickler for his nighttime routine, so when Megan woke up one morning remembering that Lennox had not made it to his usual spot the night before, she was worried. That worry only deepened when she and her children came up empty after looking for him. Lennox, who was always kept indoors, was nowhere to be found.

After a month-long search, Megan was starting to lose hope about ever seeing her beloved cat again, until a late-night internet search led her to the Best Friends website, where she saw a face she’d recognize anywhere. 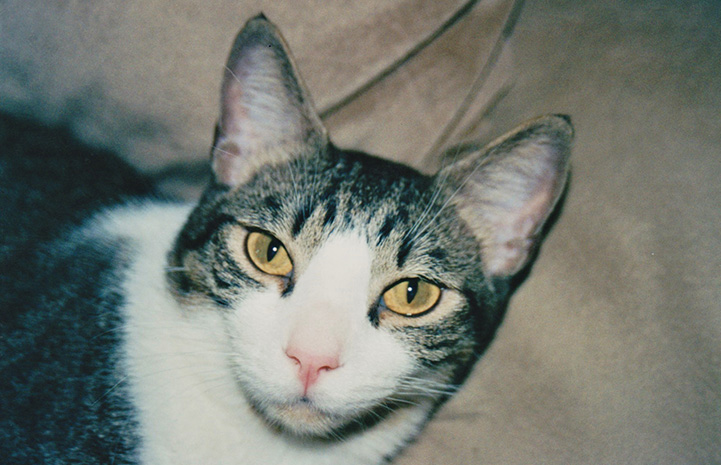 Indoor cat on an outdoor adventure

Megan isn’t sure how Lennox escaped, but her hunch is that it happened when her young son opened the door to take out the garbage. During the 37 days Megan searched for Lennox, she made posters and flyers and regularly visited nearby shelters and rescue groups, hoping he would turn up. Then came the night on the adoptable pets web page of the Best Friends Lifesaving Center in Salt Lake City, when she saw a photo of a senior cat that filled her eyes with tears of joy and relief.

“It was my Lennox. I don’t remember feeling that giddy since my husband came home from his last deployment to Iraq or after finding out I was pregnant with each of my children,” says Megan. “Then I looked at the calendar and realized it was Lennox’s 15th birthday.”

How to find a lost cat

Lennox had turned up as a “stray” at a nearby municipal shelter, which had then transferred him to Best Friends. As soon as the doors opened the next day, Megan was at the center and saw Lennox curled up in a corner by the window. She went over, sat down and placed him on her lap, and as she sat with him, she told him how much she had missed him.

“He purred and head butted me in return,” says Megan. Then Lennox gave her a big hug by putting his paws on her shoulders while nuzzling her hair. That’s when Megan says she could tell he knew he was going home.

Jaime Schnell, adoption specialist at the center, witnessed the reunion. “After a couple seconds, you could see the lightbulb come on and Lennox started snuggling up to her,” she says. “It was so precious. You could tell how excited he was.” 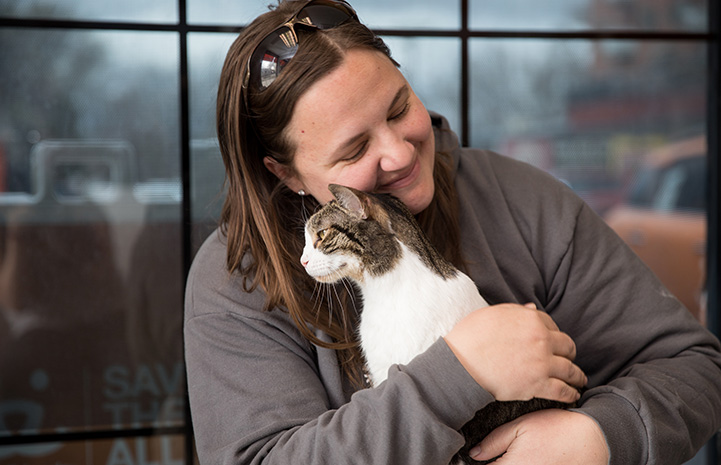 Back at home, Lennox got quite the homecoming celebration, which also doubled as his birthday party. The treats were flowing and Megan cracked open a can of his favorite meal — wet food with gravy. Then he took a slow tour of the house. 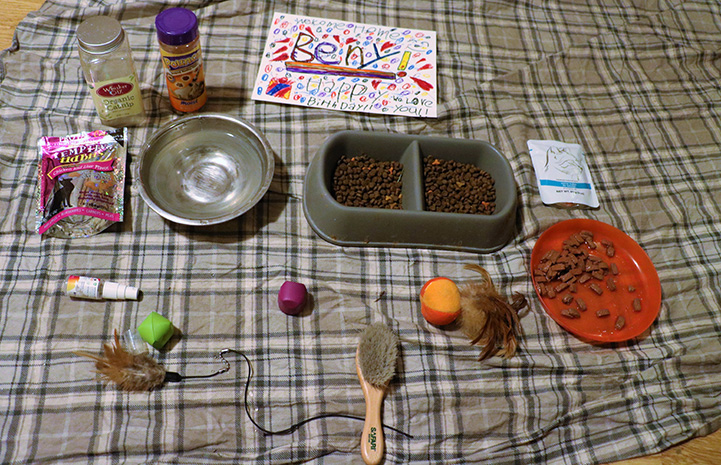 Today, Lennox is back to the old routine he had before his great adventure. Only now he’s getting more petting and treats than ever before.

“I am not exaggerating when I say he truly is a part of our family,” says Megan. “Now that he is home with us, the time that he spent away just proves how awesome and tough he is. I am so appreciative that, because of Best Friends, he can spend the rest of his life with his loving family.” 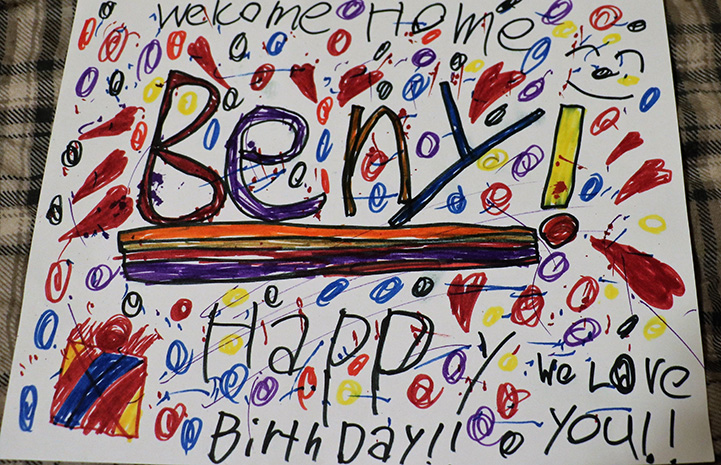 Photos by Sarah Ause Kichas and courtesy of Megan Iturburu