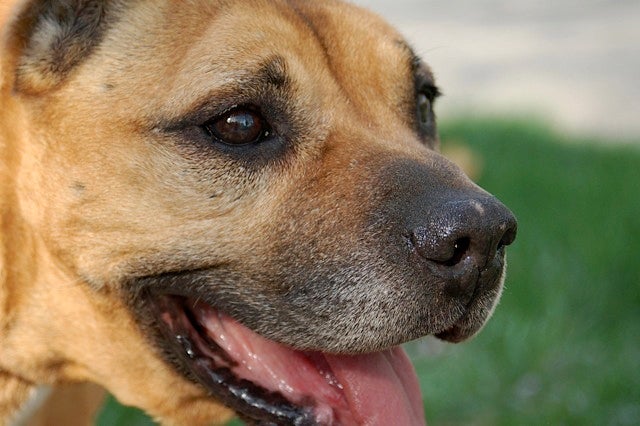 I met Georgia when I came to Best Friends in January of 2012 (before adopting her), but I knew her story long before that and loved her from afar. After meeting her, I knew right away that she was the one for me, and I wanted to give her the happy life that she so deserved.

She was with me for almost two years before she passed away. I only wish she could have stayed longer. But it was long enough for her to enjoy life, to know how much she was loved, and for my life to be forever changed.

To me, the Vicktory dogs mean amazing survivors and incredible “overcomers” who truly symbolize strength, resilience and courage. They changed history for the future survivors of dogfighting operations, allowing for them to be treated as individuals and giving them a chance to know love in their lives. 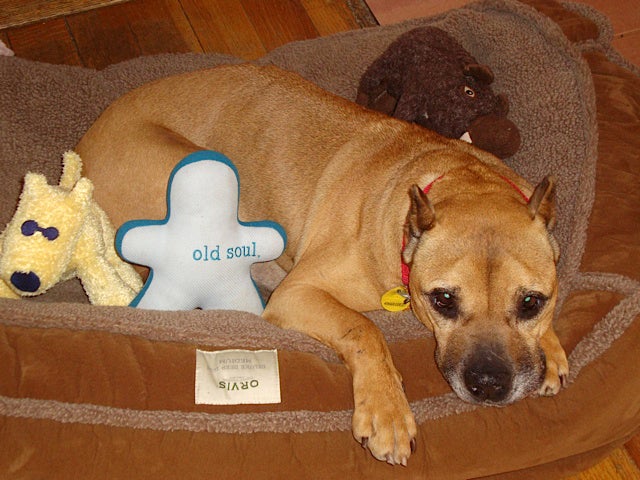 I was given the most precious gift from Best Friends when Georgia came into my life. She, along with all the dogs and my entire Vicktory dog family, inspired me to pursue opportunities to help other dogs live better and happier lives.

Some of my fondest memories of Georgia are her snuggled up in her pink blanket from Best Friends, all wrapped in love, and inching her way closer to her grandma on the sofa, once she was able to fully trust. Another favorite memory of Georgia is when she became a natural swimmer after she was allowed to get in my condo pool (before any other dogs as they quietly watched from behind a gate on doggie swim day). The water was so therapeutic and transformed her into a little puppy, jumping and racing around afterwards. It was a magical experience! 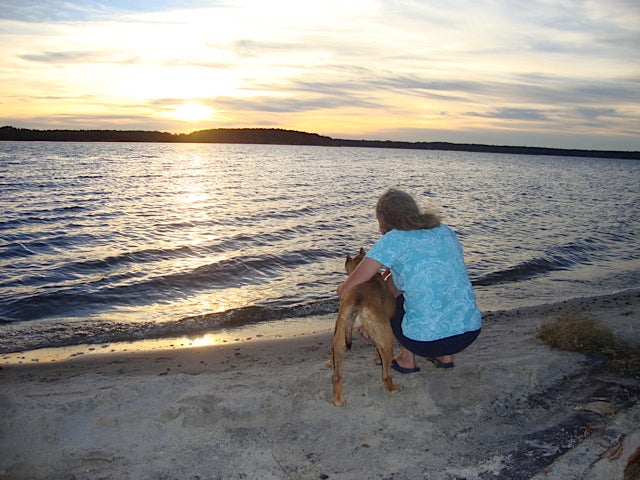 Georgia will always be by my side because her beautiful unbreakable spirit lives on. And the love lives on — the love that all the Vicktory dogs exude, and the love we have for them and each other, which will stay with me forever.

What lives on for others is the amazing transformation of the Vicktory dogs — a beautiful story of triumph over tragedy. Despite all the cruelty they endured, they were able to carry on and show us who they really were, and they became ambassadors for their breed. The Vicktory dogs had a huge impact on so many lives with far-reaching effects and no one can tell where their influence stops. Each time someone reads one of their stories and adopts a dog like them, the Vicktory dogs live on and I’m thankful that the stories keep their spirits alive. 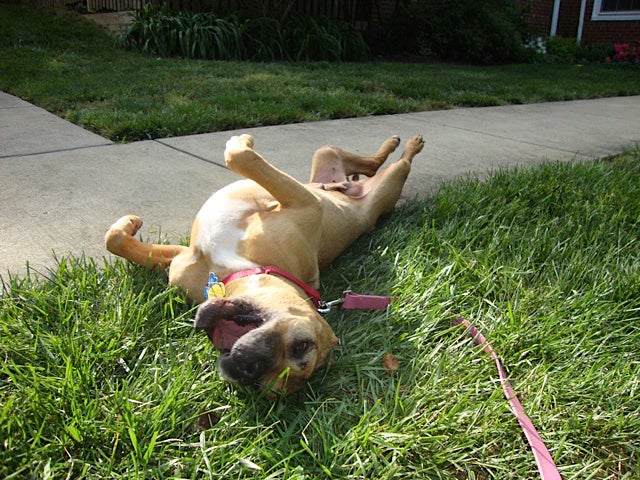 Many people were so saddened by this case, seeing the photos and hearing their story, because they were such innocent creatures who, through no fault of their own, ended up in such a horrific situation. The images stayed in people's minds and the dogs captured their hearts forever. I know they did mine!