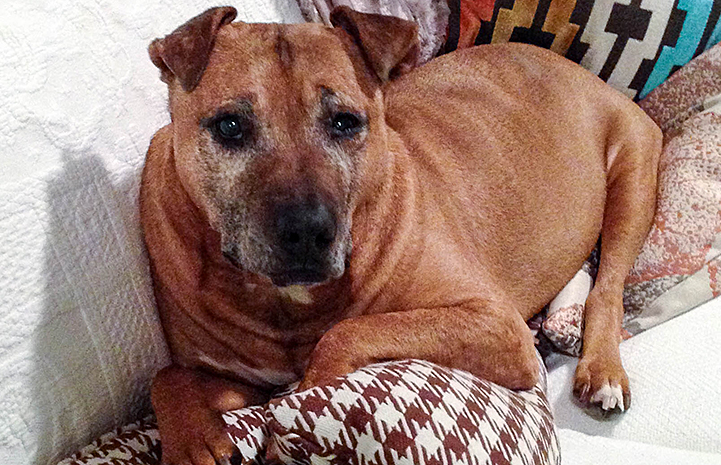 In the spring of 2012, my life was forever changed by a little brown dog with a dark muzzle and white blaze on his chest. His ears naturally flopped forward, framing his soulful eyes with neat little triangles. His soft belly was peppered with little black speckles. The fur at the tip of his tail split into two little spikes, and two cowlicks made swirls on his bum.

Oscar loved all things soft: a blanket, a dog bed, a pile of laundry and especially the couch. I swear, there were days where he never left the comfort of the couch. It wasn’t long before he earned the nickname Potato. 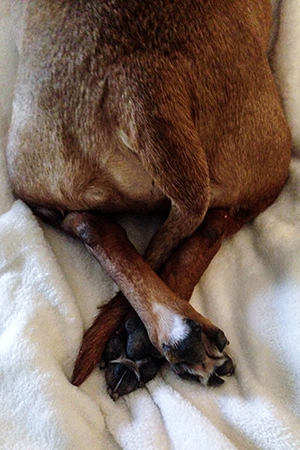 In many ways, my Potato was not so different than other dogs. He enjoyed car rides, gnawing on a marrow bone, the occasional butt scratch and destroying stuffed toys.  But Oscar was never able to fully shed the shadow of his past as a survivor of Bad Newz Kennels, arguably the most notorious dogfighting bust site in U.S. history.

Oscar’s body bore scars from his fighting past. The physical wounds healed, but he was left with scars on his soul. He found the world at large to be overwhelming. Change was scary, new people and places were not to be trusted, and cameras were to be avoided at all costs. He found comfort in routine, a familiar environment and the company of dogs. Oscar was not one to confront his fears; instead, he opted to distance himself — physically, if possible.

Despite that, hiding under all that worry and insecurity was a brave dog trying to come out. He tried so hard to shake his fear. He woke up each day ready to try, to move forward, to start fresh. And slowly, glacially, Oscar came out of his shell.

How could I be mad when, in one night, he pulled books off the shelf to chew on, dug through the trash and relocated a pair of flip-flops to the couch? He was de-stressing. This was a big moment: Oscar was being a dog. This small victory, and countless others like them, were moments to celebrate.

I felt compelled to share these triumphs with a larger audience by creating Oscar’s own Facebook page. Let’s be honest. We all know that I wrote the posts on Oscar’s page, but I did not have the experiences of Oscar, a survivor of Vick’s dogfighting operation. Oscar gave me a voice, and with that I soon discovered that he had a superpower, which I dubbed “Potato power.”

Oscar’s superpower helped more than one dog find a home, raised funds for numerous rescue groups, and changed perceptions about dogfighting and “pit bulls.” He gifted me with more friends than I can count — some of whom I call family. Even though he preferred his world to be small, Oscar had the power to connect people, to influence and educate, and to bring joy to others.

I recently asked his Facebook friends to share a single word they associate with my boy. The full list is too long to share here, but a few adjectives stood out: awesome, strong, gentle, brave, undefeatable, forgiving, love(d), hero, survivor, inspiring, stubborn, willing and resilient. 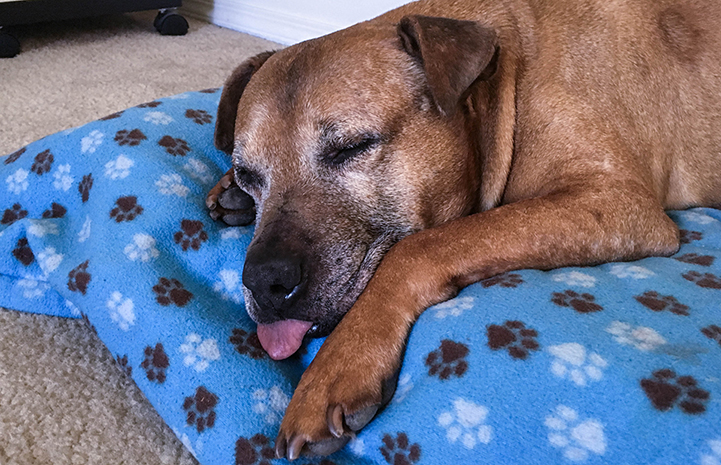 Those are some mighty words for one small brown dog, who asked for so little from life: food, shelter and a little love. Each of those words sparks different memories from our shared life together. He embodied all of them and much more.

My Potato left me last January, but his influence will endure through all the lives he touched — most especially mine.

More about the Vicktory Dogs