It’s March, and just like every year, it has begun.

It starts with one litter of unbelievably tiny kittens, small enough to fit in the palm of your hand. Totally helpless and with their eyes still closed, they’re usually found outdoors and picked up by a well-meaning person, who brings them to the nearest shelter. Sometimes the mama cat is there and the whole lot arrives at the shelter. Sometimes it’s just the kittens. Either way, the arrival of that first litter marks the beginning of thousands more coming in all through the summer and into fall.

Those kittens, while innocent and adorable, are unfortunately some of the animals most at-risk of being killed in shelters.

But this year Best Friends and our No-Kill Los Angeles (NKLA) Coalition partners are redoubling efforts to save more Los Angeles Animal Services kittens than ever before, in the race to make Los Angeles a no-kill city by 2017.

How? With extra funding — just where it’s needed most. 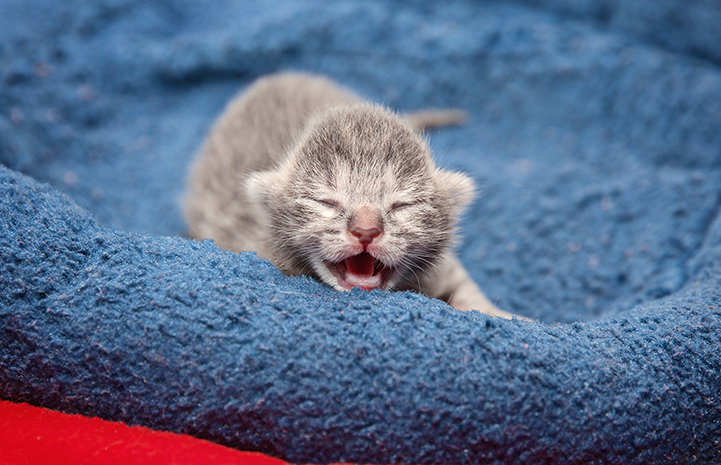 Marc Peralta, executive director of Best Friends–L.A., says, “We know exactly what we need to do to get Los Angeles to no-kill by 2017. This year we need to save 5,500 more cats. More specifically, we need to save 1,000 more cats, and 4,500 more kittens who enter city shelters.”

With this in mind, Best Friends is not only increasing capacity at our own kitten nursery this year to save 2,900 kittens, but we reached out to our No-Kill Los Angeles (NKLA) Coalition partners as well.

Marc explains, “We went to them and said, ‘Here’s the problem. What can you do to help, and what do you need from us to do it?’” The answer was funding to start up additional nurseries to save those kittens entering shelters.

Kitten rescue to the rescue

Kitten Rescue Los Angeles is part of the NKLA Coalition, and this year the organization is rising to the challenge facing neonatal kittens in a bigger way than ever before.

With extra funding from Best Friends, Kitten Rescue Los Angeles is opening a kitten nursery that aims to save 500 teeny felines this year (and even more in the following two years).

Ben Lehrer of Kitten Rescue says, “Although shelter euthanasia has been dropping steadily since the launch of NKLA in 2011, the relative percentage of kittens euthanized has actually increased because the shelters don't have resources to handle them.”

The local rescue community faces the same struggle and must work overtime to save as many kittens as possible from April to October, when the need is greatest.

This year, with a big boost in funding and a brand new kitten nursery, Kitten Rescue can focus on those young kittens, in addition to the many adult cats they save each year.

Ben explains Kitten Rescue’s commitment to NKLA like this: “If we can solve the kitten problem in our city shelters, we can achieve our goal of making L.A. a no-kill city." 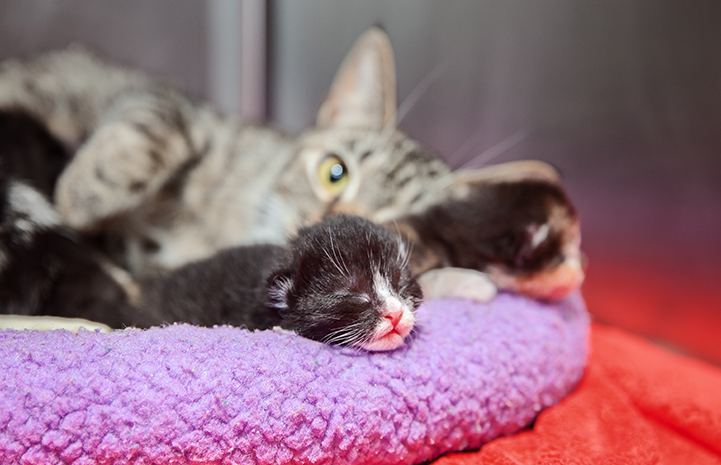 Spay/neuter is a big part of Los Angeles reaching no-kill status. That’s where organizations like Spay Neuter Project of Los Angeles (SNP LA) come in. As an NKLA Coalition partner, SNP LA is stepping up to expand its lifesaving capacity this year with a new kitten nursery, funded by Best Friends.

Zoey Knittel of SNP LA says: “Since opening our doors in 2007, SNP LA has rescued and rehabilitated neonatal kittens on a voluntary basis at our three veterinary clinics. This year, we were thrilled to receive the generous grant from Best Friends, to officially launch our kitten nursery project, which will enable us to save 450 neonate kittens from the Los Angeles Animal Services (LAAS) shelter system.”

Like all kittens in Best Friends-funded nurseries, SNP LA will ensure that all kittens saved will be spayed or neutered when they are big enough, and then made available for adoption into a great new home.

Zoey adds, “The operation of the SNP LA Kitten Nursery perfectly aligns with our mission as well as the goal of NKLA.” 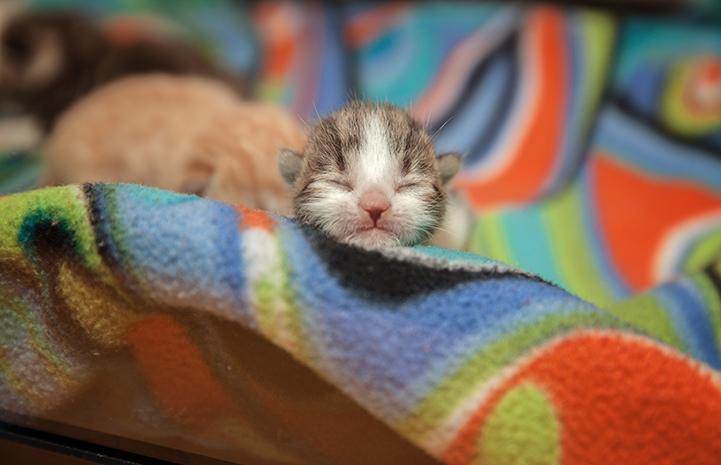 “When we began our NKLA initiative in Los Angeles back in 2011, only 36 percent of cats who entered city shelters here were leaving alive,” says Marc. Since then, the rate has increased to 61 percent.

It’s better, but there’s still a lot of work to do to ensure that fewer kittens enter Los Angeles shelters in the first place, and that those who do end up there are saved. With the massive push to save more kittens this summer, we’re looking forward to having a whole lot more to celebrate.

“We’re making progress, but we need to get creative and redouble our efforts if we’re going to reach our goal of saving them all,” says Marc. “By working together, we know we can do it.”

Give a gift to save kittens and other animals