Image
Stray cat had an ear infection and skin cancer. After treatment, this survivor is now cancer free and ready for adoption.
By Christelle L. Del Prete

At around 12 years old, Oscar’s body tells the story of a cat living a rough life on the streets. Part of his tail looks like it was broken off long ago. He has some scarring on his nose, and both of his ears are missing. You could say his roughed-up appearance lends a little “street cred” to this former community cat who called the outdoors home. It’s also why you might be a bit surprised to learn that Oscar is one of the cuddliest residents in Cat World.

It turns out that the tough-looking white cat has a heart of gold and he didn’t fight his greatest battles on the streets. Oscar’s a skin cancer survivor cat. And now that’s he’s beaten cancer, he’s living the good life at the Sanctuary until he gets one more thing he’s likely never had before — a home of his own. 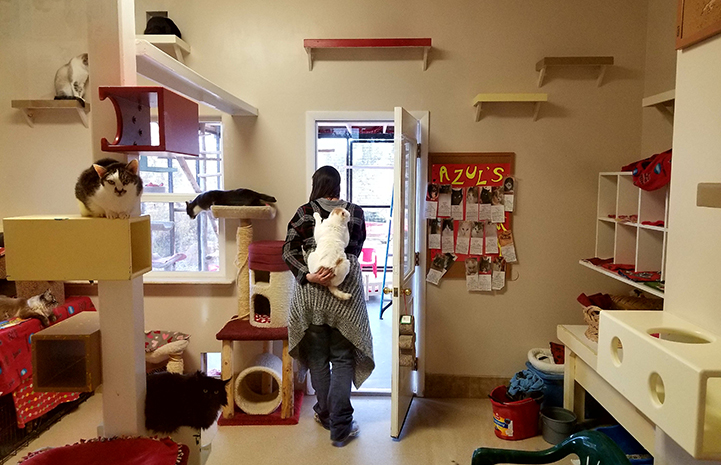 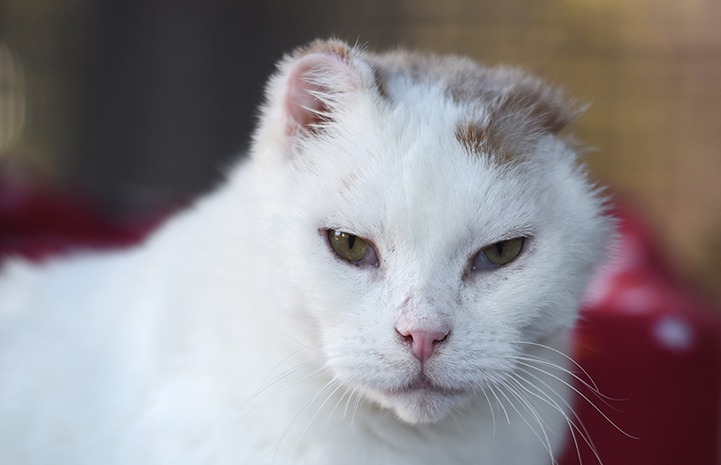 Even though his ears were in very bad shape, it seemed likely that, after some tests and treatment by Best Friends vets, Oscar would be able to return to his colony. But tests revealed that not only did Oscar have terrible ear infections, but he also had cat skin cancer on both ears. He would end up needing two surgeries to beat the cancer.

The surgeries were successful, and Oscar is cancer-free. But since he lost all the skin and fur that normally protects a cat’s ears from the elements, Oscar would need extra care for the rest of his life. And it would be ideal for him to live indoors (out of the sun) instead of out in the elements. 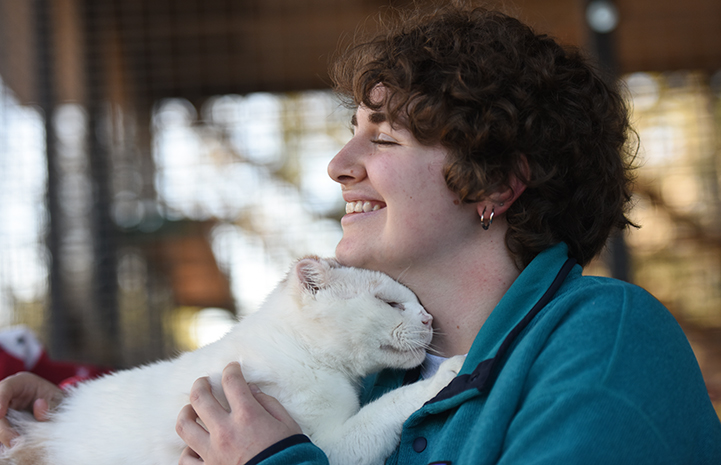 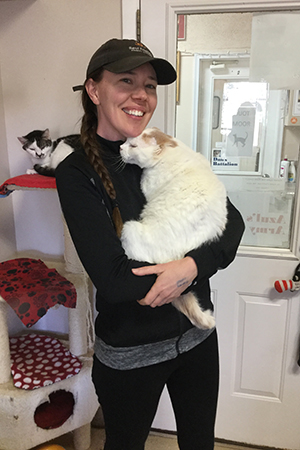 All of this meant that Oscar wouldn’t be returning to the community cat colony. Instead, he’d be staying at the Sanctuary, where he’d have a good opportunity to be adopted into a new home.

As it turns out, this suits Oscar just fine, because while he looks tough on the outside, on this inside he’s a big, squishy marshmallow of a cat. Now that he’s retired from street life, he’s happy to be living around people in Cat World. Though no one knows how much socialization he had in his former life, these days he’s soaking up every bit of affection, as if to make up for lost time.

Oscar gets plenty of kudos for being a feline cancer survivor, but he’s most known for being a total sweetheart. When it comes to people (whether it’s a friend he’s known for months or a perfect stranger), Oscar is all snuggles, hugs and love. He’ll wrap his arms around your shoulders and nuzzle his head under your chin.

While the outdoor life probably suited Oscar just fine for years, he has eased into a cushy retirement from street life. We’re happy to spend that time with him, because most likely it won’t be long before he moves on to his next home. His new family can look forward to endless hugs and cuddles from this tough-looking cat.

Donate, and give love to more pets like Oscar 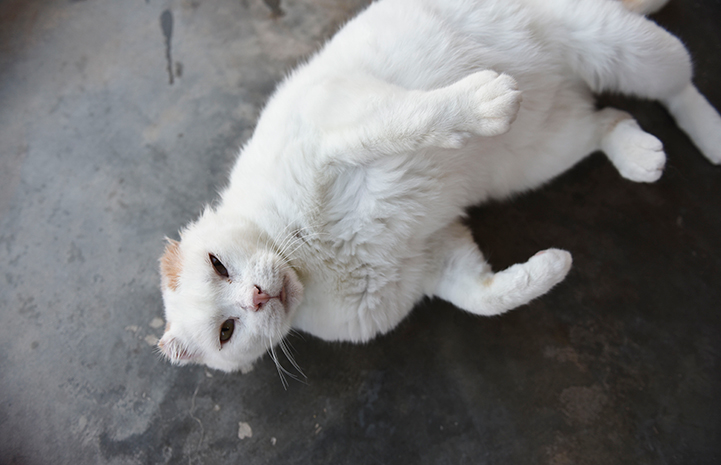