A no-kill champion for Pennsylvania’s pets

Moon and Marvin are different in nearly every way. Moon is a big, beautiful pit-bull-terrier-like dog sporting a goofy smile and stunning brindle-and-white coat, while Marvin is a squishy tuxedo kitty with perfect white paws and only one ear.

Despite their obvious differences, these two formerly homeless pets have one important thing in common: They’re alive and in loving homes today, thanks to the leadership of a man named Tom Hubric.

When Marvin the cat arrived at the Animal Rescue League of Berks County in Pennsylvania earlier this year, he was suffering from chronic ear infections that his family didn’t have the resources to address. Tom, the shelter’s executive director, and his staff were enamored with sweet Marvin — so much so that while he was receiving care for his ear condition (which ultimately required the removal of his entire ear), they made him Tom’s official office cat.

Following surgery, Marvin joined shelter staff for a Facebook Live segment and an interview on local Reading, Pennsylvania, radio station Y102. During one of these interviews, a woman who was deaf in one ear, heard Marvin’s story and immediately came in to adopt him. Today, the mighty one-eared Marvin is healthy and happy in his new home.

Unlike Marvin, Moon the dog had no noteworthy health issues; however, despite his incredibly sweet demeanor, his behavior was challenging in certain situations. And that can often mean the end of the road for a big dog. 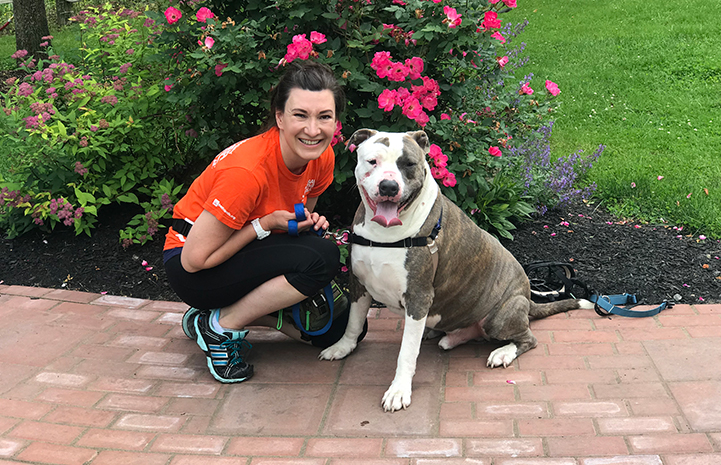 Rather than give up on Moon, Tom hired Kelly Armour, a behavior specialist and certified trainer, to assess and work with Moon and other shelter dogs with other behavioral challenges. After contacting Moon’s previous family to gather additional information, Kelly was able to identify some basic fear and leash-reactivity issues, and work with Moon to overcome them.

Kelly then continued to provide training support for Moon’s adoptive family, and he is now thriving in his new home with kids who are over the moon to have him in their lives.

New shelter director gets a crash course in animal welfare

Marvin and Moon were given second chances, largely because of the compassion and perseverance of Tom Hubric. It’s been a year since Tom hit the ground running after accepting the executive director role at The Animal Rescue League of Berks County at the request of the shelter’s board of directors.

“I had no animal welfare experience of any kind, other than having my own pets,” recalls Tom. Little did he know, he was about to develop a whole lot of familiarity very quickly.

On Tom’s fourth day on the job, he received a call letting him know that a staff member had picked up a cat found outdoors, and that the cat was ultimately euthanized for displaying aggressive behavior. As it turns out, the cat was wearing a collar and his person came looking for him shortly after.

“I just had to be honest about it,” says Tom. “Didn’t matter if I’d just started or not. You have to assume responsibility for mistakes like that.” The incident went viral and for weeks the shelter received a steady stream of hate mail and negative media coverage.

The same thing happened two weeks later — another mistake, another person’s cat killed as a result. And then the media coverage and community outrage got much worse after threats to firebomb the homes of shelter staff.

Tom had walked into a four-alarm fire and needed to find a way to turn things around. 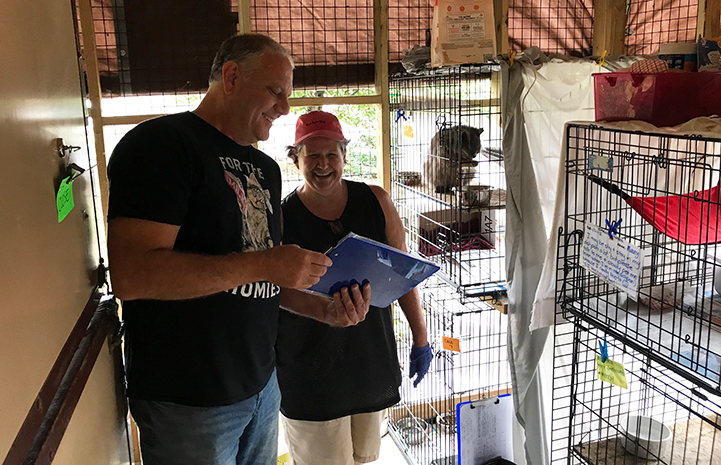 A fresh perspective for a struggling animal shelter

Despite his lack of animal welfare experience, Tom was in many ways the ideal candidate to step into a leadership role at the shelter.

After a long career in healthcare, Tom worked as a business consultant and stepped into interim roles (often in the non-profit sector) to help struggling organizations turn things around. He also worked as an interim township manager and held leadership positions with a local school district and with an organization that provides housing for people with disabilities.

In his new executive director role, Tom did his usual research to learn as much as possible about his new field. And one of the things he kept coming across was discussion about no-kill in animal welfare.

“I had no idea what anything was,” he says. “I had to ask what TNR (trap-neuter-return) was. I had to ask what no-kill was. And as I kept reading, Best Friends kept popping up over and over again in my research.”

So, Tom took steps to help the shelter become a Best Friends Network partner and he approached his board of directors about taking steps to bring the shelter to no-kill. The board agreed and Tom says it took a lot of faith and courage for the board to make the commitment. “Setting this big goal and then not achieving it would be just one more black eye for the organization,” he says. 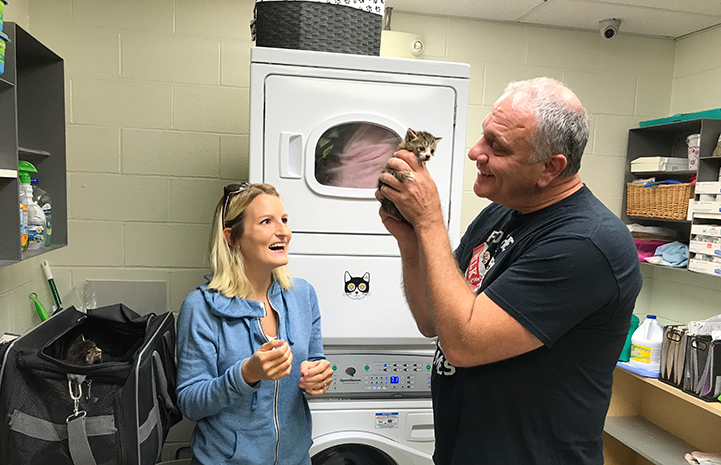 Tom organized several community roundtable meetings including presentations on what changes they’d need to make to reach no-kill. As a result, community members stepped up to support the new goal.

The shelter didn’t waste any time implementing an array of new programs. At the top of the list was a new approach to end-of-life decisions for each animal, anchored by compassion, customer service and a commitment to lifesaving. 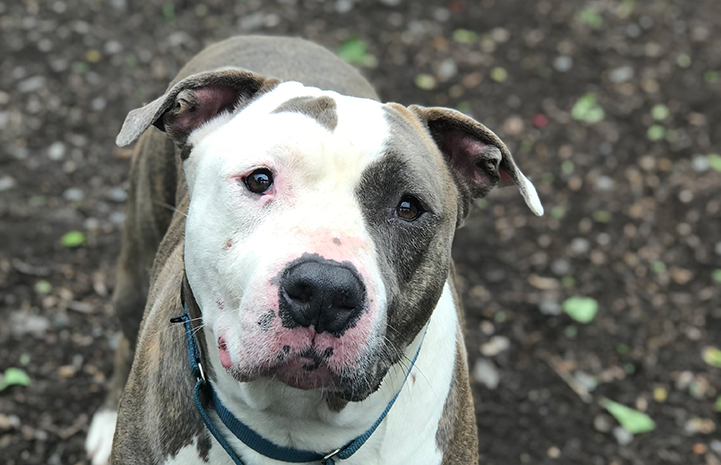 The results speak for themselves. “We’ve had a 60 percent increase in adoptions from 2017 to 2018,” says Tom. “But our lifesaving data really shows just how far we’ve come.”

“When I saw the numbers, I cried my eyes out.” says Tom. “It was emotional because of the staff. I could not fathom what they must have been going through having to kill so many animals. The emotional scars that must have left.” 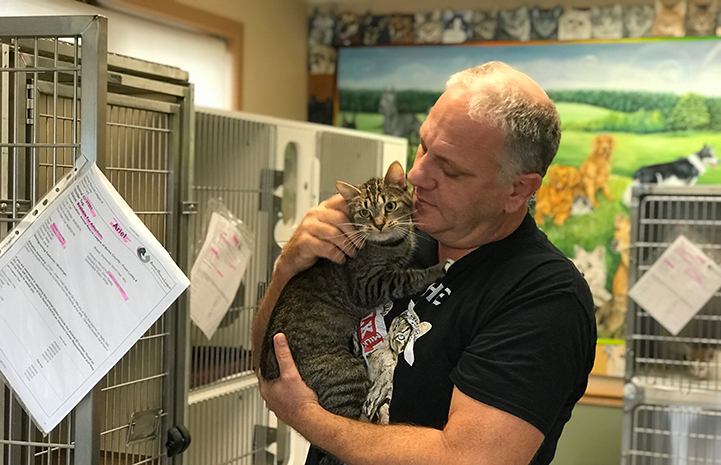 With new lifesaving programs in place and expert resources at his disposal, Tom has adopted a full disclosure policy with the community. He publishes the shelter’s live release data online every month and continues to pursue a no-kill goal, despite the occasional naysayers.

“Tom is an incredible example of just how much one person can do to save more lives, even in the toughest situations,” says Elizabeth Jensen, Best Friends regional director.

“Obviously I had no idea what I was getting into when I took the job,” says Tom. “But look where we are. There’s always someone who will say (no-kill) can’t work despite what the data says, because their organization or their city is different. But despite those differences, everybody is the same in so many ways, too. If we can do this, anybody can.”

Pets don’t have to die in shelters. Help your community go no-kill.