Image
Founders of change to share their triumphs and pitfalls with you.
By Best Friends Animal Society
By Denise LeBeau

The No More Homeless Pets Conference is legendary in its ability to bring together like-minded people who want to make a proactive, sustainable change for companion animals. Best Friends Animal Society was founded on this premise. People from different countries, socioeconomic and education backgrounds came together and dove headfirst into working to realize a time of No More Homeless Pets.

So it makes perfect sense that we bring these movers and shakers to share their personal memories and insights with our conference attendees. "The Making of Best Friends Animal Society: Milestone Moments and Key Decisions" will be held during the General Session on Saturday morning, October 27. Featuring co-founders Francis Battista, Gregory Castle, Gabriel de Peyer, Jana de Peyer, Steven Hirano, Faith Maloney, Anne Mejia and Cyrus Mejia, the session will inspire all who attend.

In the beginning, their origins were as grassroots as they could get. They saw an issue – stray, abandoned, neglected and abused animals – and created a sanctuary. They provided the local animal control around Kanab, including Southern Utah and Northern Arizona. When we say they built the Sanctuary, they did everything from creating the blueprints for the specialized buildings to physically constructing the buildings. 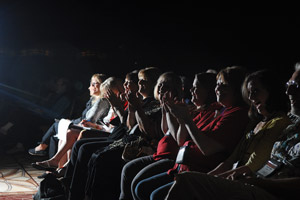 Change your perspective on what is possible

While building the nation’s largest no-kill animal sanctuary, they also started sharing the information on how they were able to work better and smarter for the animals. (Want to build your own Dogtown octagon? We’ll send the plans right over.) One of their biggest trademarks was to stay positive. In a world where negative sensationalism often garners short-term attention, they believed in cleaving to the celebration of lifesaving victories.

Shares Francis, "Best Friends has traversed the challenges and pitfalls that every grassroots organization goes through as it matures and grows. This is an opportunity to share what we learned, what we might have done differently, and what we see in the future. There is something here for everyone in animal welfare."

If you are interested in making a meaningful impact on the animals of your community, you do not want to miss this opportunity to hear from the folks who have changed stereotypes and shattered a limited notion of what being adoptable means. If you can only attend one conference and one session in one conference, this is the one you need to see because it will change your perspective on what is possible.

From volunteer to lifesaving powerhouse 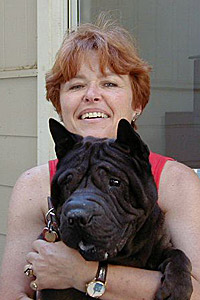 Cheryl Wicks, founder of Sammie’s Friends in Grass Valley, California, will also share her insights at this year’s conference (as part of the "Journey to No-Kill Communities: Case Studies" track). Her humble origins share a lot in common with the Best Friends founders’ origins: See a problem and start working towards solutions.

In 2000, Cheryl moved to the more rural area in Nevada County after living for decades in the fast-paced corporate world. She went to her local animal shelter to begin volunteering and found that not only were they killing 68 percent of the animals, she was also their only volunteer. In 2002, she attended the No More Homeless Pets Conference and received important information to help take her work to the next level. So she set about putting together a volunteer program and then things started going in the right direction. With the help of social networking, she was able to rally 100 people who wanted to end the killing of healthy pets in her community.

To help raise money for the sick and injured animals, Cheryl started a 501(c)(3). She was looking to change the overriding mentality toward animals from being "killable" to "adoptable." The organization she named Sammie’s Friends, after her very special Shar-Pei, Sammie, was on a roll. In 2007, she approached the city to run the shelter. It took two years, but in 2009, Sammie’s Friends officially took over the animal control contract.

Cheryl explains, "After I attended my first No More Homeless Pets Conference, it made me start thinking, ‘What can I do to get animals out of the shelter?’ It made me realize the animals are the clients, and we’ve got to do everything we can on their behalf."

Register today for the No More Homeless Pets Conference at the Rio All-Suite Hotel and Casino in Las Vegas, October 25–28, 2012.

Photos by Best Friends staff and courtesy of Cheryl Wicks