Once a troubled dog, now happy at home

When Paisley was surrendered to Salt Lake County Animal Services (SLCoAS), a Best Friends Network partner organization, she had lots of reasons to choose the blues over being happy. Her ribs showed through her skin. She had fractured teeth. Her ears were poorly cropped, and if that wasn’t enough, she had a benign mass that needed to be removed.

Despite these challenges, Paisley showed up at the shelter with a spirit that never gave up, as well as the capacity to love others from the moment she met them — even on days when her body didn’t feel so good. Eventually Paisley made her way to the Best Friends Pet Adoption Center in Utah that features adoptable dogs from partner shelters, and that’s when she would get the loving, stable home she’d been waiting for. 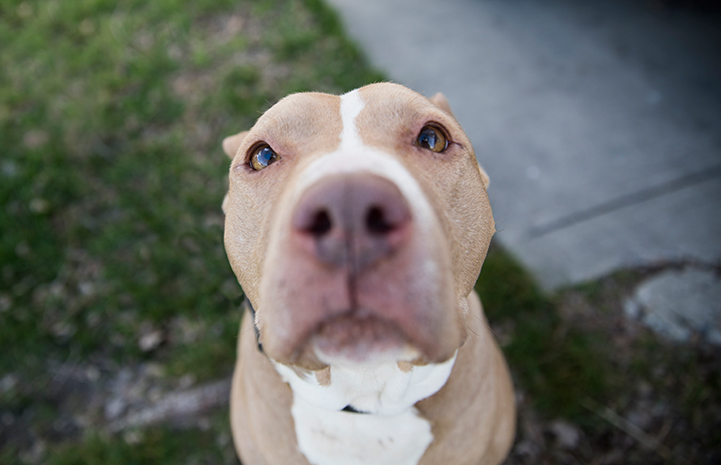 Adopting a dog rescued from dogfighting 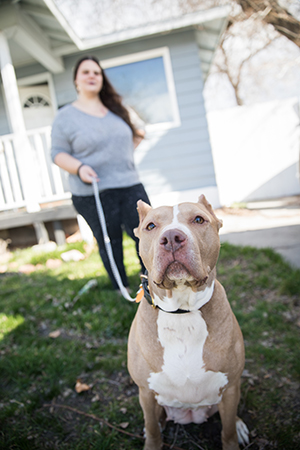 Chelsey had been looking for a dog just like Paisley, who reminded her of the dogs she grew up with in Mesquite, Nevada. Her father is an advocate for bigger dogs needing help with overcoming a difficult past. That’s how Chelsey’s family adopted Tux, aptly named for his black-and-white coat. The police department had rescued Tux from a dogfighting ring, and he needed a lot of guidance and training to learn how to live in a home. Chelsey watched as her dad patiently helped him come around. With a little time and lots of love (and treats), Tux became the beloved family dog.

When Chelsey met Paisley, she wanted to give her the same kind of second chance that her father had given Tux.

Find a Best Friends network partner near you

Never giving up on a dog with challenges

Sometimes the road to what we really want takes bit of a detour, and that’s what happened to Chelsey and Paisley. Chelsey met Paisley while she was in a foster home and fell in love with her right away. But there was a problem. Paisley had just been diagnosed with canine mast cell tumors in various parts of her body. She’d need surgery and months of recovery to get healthy again.

Chelsey was patient, and several months later she learned Paisley would be joining other dogs from the SLCoAS shelter at the Best Friends pet adoption center. Paisley had received the all-clear for adoption, and Chelsey was there when the doors opened. “She even had an ID tag and harness ready for Paisley that she purchased back in March,” says Sammi Nelson, adoption specialist at the center. “She said she kept the items as a way to remember Paisley.”

An hour later that day, Chelsey was finally able to put that ID and harness to good use when she walked out the adoption center doors with the dog she waited so long to bring home. 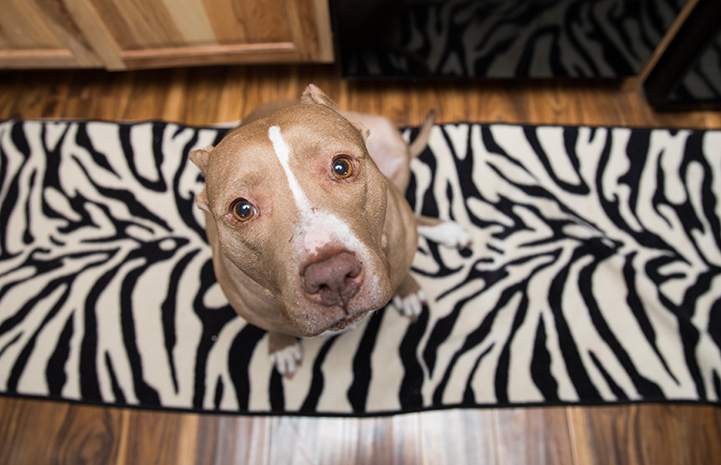 Helping a dog adjust to a new home

Paisley has begun to settle in at Chelsey’s home (more specifically, Chelsey’s couch). And while it wasn’t a smooth transition, it was the transition that Chelsey expected — thanks to her previous life with Tux. Paisley had a lot of nervous energy to burn, which she made clear by tearing into some of Chelsey’s furniture. But Chelsey took it in stride. It would take some time for Paisley to relax in her new home.

“My biggest thing is that I try to imagine her as a kid who doesn't quite know how to behave,” says Chelsey. “She wants to be good and she wants to be praised. It just takes a minute. Positive reinforcement is always good. She can't just be scolded when she does something bad. She needs lots of encouragement.”

Chelsey says taking Paisley for walks has helped curb some of her nervous energy. “That way she gets her energy out, has fun on the walk, gets time and attention with me, and treats when she's doing well.” 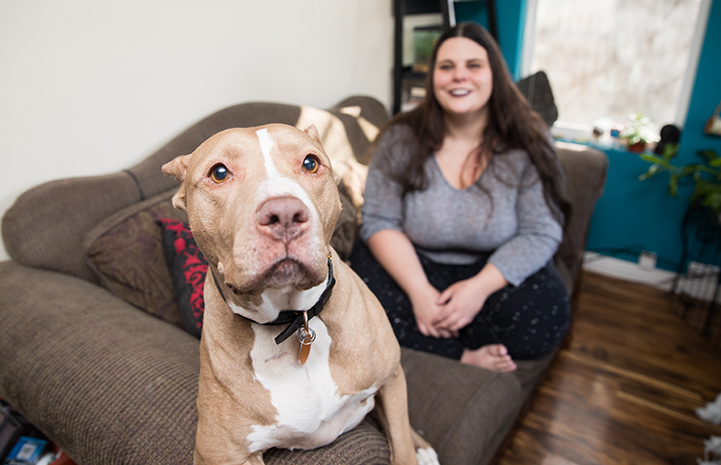