What do bunnies do? Ask anyone this question, and the most likely answer is, “They hop.” That’s what rabbits’ powerful back legs and feet are designed to help them do. They also do “binkies” (springing high up into the air) when they are feeling extra happy. But because Coop suffered from hind leg paralysis, he not only wasn’t hopping at all, but he also wasn’t very happy when he first arrived at Best Friends Animal Sanctuary.

The poor bunny could barely move. On top of that, he was malnourished, and his fur was matted and dirty because he couldn’t clean himself. Left on his own, Coop surely would have died. But the kind person who found him outside helped him get to Best Friends, where he was about to have a remarkable transformation. 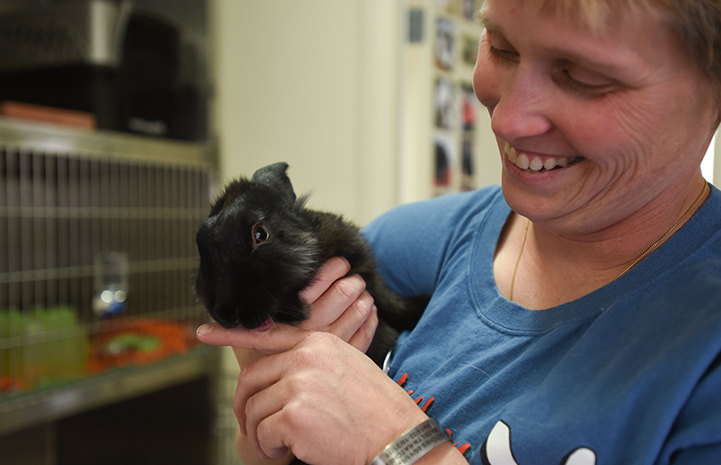 How to care for a rabbit who can’t walk

Before he could settle in at the Bunny House, Coop paid a much-needed visit to the Best Friends Animal Clinic. No one knew exactly what had happened to him or if the rabbit’s hind legs would ever work again. But Best Friends vets and Bunny House caregivers did know how to help him feel better and give him the best chance to recover and enjoy life again as a “hoppy” bunny. 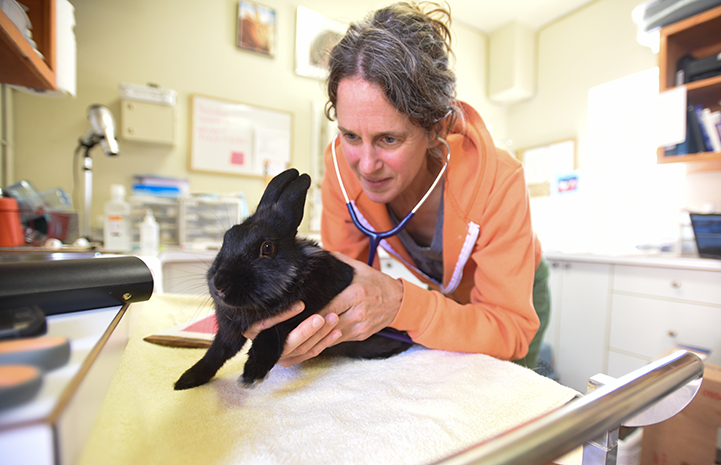 Coop received antibiotics, medication to ease his pain and fluids under his skin. His fur and skin were gently cleaned, and caregivers made sure he had delicious and nutritious food. Best Friends vets also tested him to make sure that E. cuniculi (a parasitic infection) or some other infection wasn’t causing his paralysis.

The tests came back negative, but it was touch-and-go during his first few days at the Sanctuary. He felt lousy and had no energy to pull himself around on his front legs. Caregivers would tenderly lift him to help him get to his food and water bowls and so they could clean him and his enclosure. But then one day (after about a week at Bunny House), he lifted his back end off the ground and into a sitting position. A short time later, he took his first few wobbly steps. His transformation had begun.

Best Friends vets showed Coop's caregivers how to do physical therapy (PT) with him to get his back legs moving again. Chris Ratches, Bunny House team lead, often did his PT routine with him, holding him upside down and stretching and moving his legs. Because loss of muscle control in rabbits’ feet can cause them to curl under, she also massaged and moved his feet. 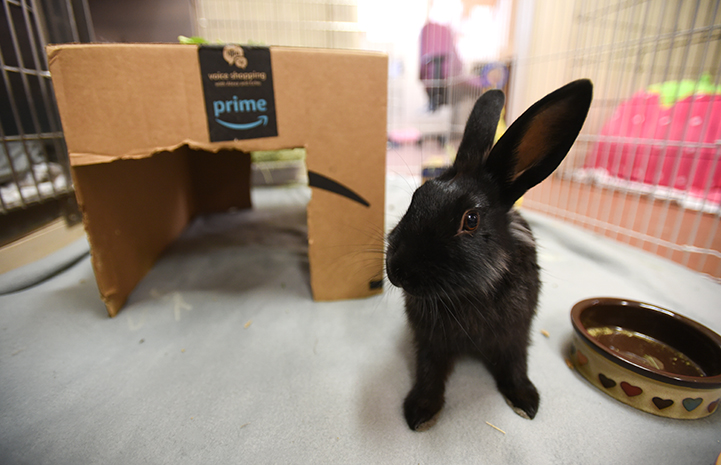 As he became stronger, Coop started going out onto the bunny lawn, a large, grassy area with plenty of shelter and shade where bunnies can stretch their legs and practice walking on different surfaces (grass and sand). It’s good PT for bunnies needing to rebuild leg strength, and it also means some play time in a safe (predator-proof) space. 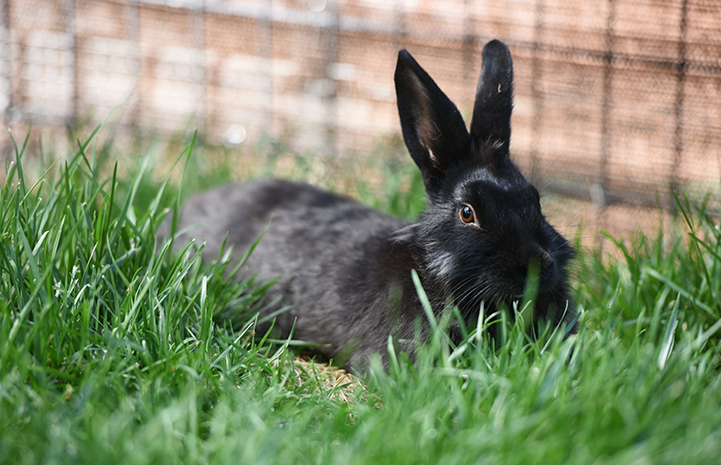 Maybe it was all the extra TLC he received during his rehabilitation and recovery (or maybe Coop’s just a marshmallow), but he’s quickly become one of the friendliest bunnies at the Bunny House. He puts his head down for pets, nuzzles his caregivers’ necks and licks their hands. Recently, he was a big hit during a visit to a local senior center. Anyone who spends time with Coop is likely to fall in love and want to bring him home.

Today, Coop looks and feels great. He’s reached a healthy weight, and his sleek black fur is gleaming. “He got strong really quickly,” says Chris. “He's done a 180. Out on the lawn, he does his own version of binkies.”

If you look closely, you’ll still see a slight wobble in his hind end. But that doesn’t bother him, because Coop is back to hopping and being a happy rabbit again 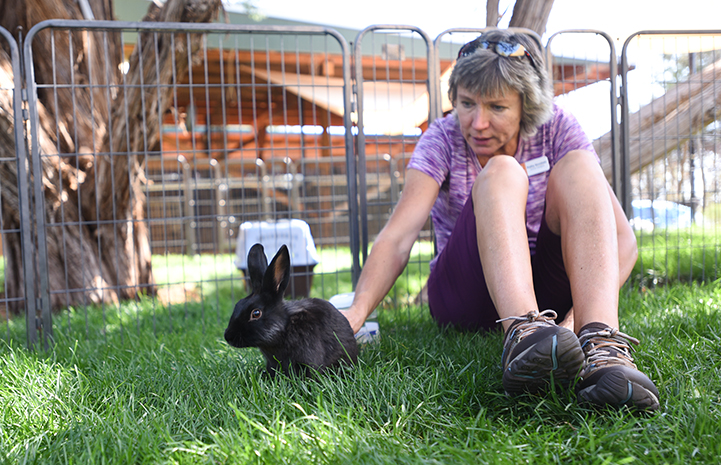