Photos capture a day in life of Tom, a NYC flower shop cat

Image
Flower &amp;amp; Plant, Inc. in New York City's flower district has a resident ‘working' cat, adopted from Best Friends in NYC, with a job to keep mice away.
By Nicole Hamilton

Look beyond the exotic house plants, flowers, succulents and palm trees at Holiday Flower & Plant, Inc. in New York City’s flower district, and you’ll soon spot Tom, the store’s resident cat. By day, Tom can be found helping sales associates on the first floor, where he likes to greet customers. And if he’s not there, you can find him with Sari in the shop’s office, where he likes to nap on a shelf.

Don’t be fooled by Tom’s love for socializing and napping on the job. He needs it and he’s earned it, because at night Tom really gets to work. As the store’s working cat, his job is keeping rodents away, and even though he’s new on the job, word is already out among the mice in the neighborhood. Since Tom has been working the night shift, there’s been nary a mouse in sight.

A new life blossoms for a once homeless cat

“Tom has already made a lot of friends here,” says Sari, who recently visited the Best Friends Pet Adoption Center in New York after the store’s beloved cat, Tiger, passed away. Tiger was the “Mayor of West 28th,” says Sari. “He was handsome and debonair and had a real following.”

Tom, by contrast, is more laid-back and easygoing than Tiger. Sari could tell that from the moment she met him. When Sari told adoption specialist Peter Herrera that she was looking for a cat for the flower shop, he immediately thought of Tom.

“I knew Tom was very friendly and quite charismatic,” says Peter. “He was always attentive when new people came into the center, so I figured he'd do well in a busy setting.”

Like all pets at the adoption center, Tom had ended up at Animal Care Centers of NYC before he came to Best Friends. When he got a second chance after leaving the shelter for the adoption center, all he needed was for someone to choose him out of all the cats available for adoption. It was looking like Sari might be that person, and that Tom might have more than a new home to look forward to. He’d also have a job. 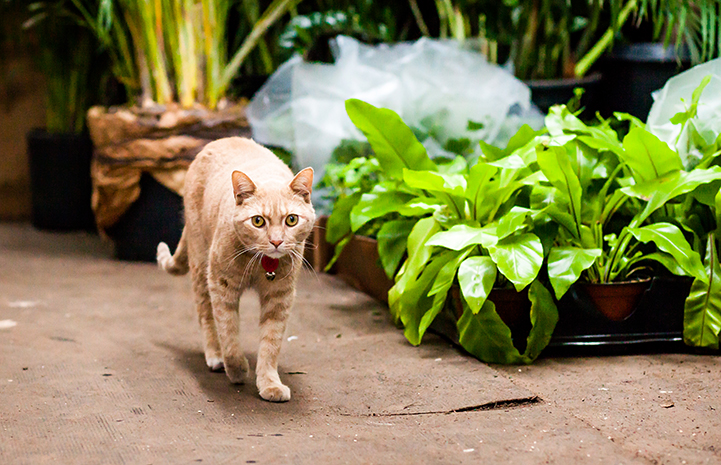 After Sari captured some video of Tom and sent it to the shop owner, she received the OK to hire the store’s new working cat.

Adopt a working cat near you 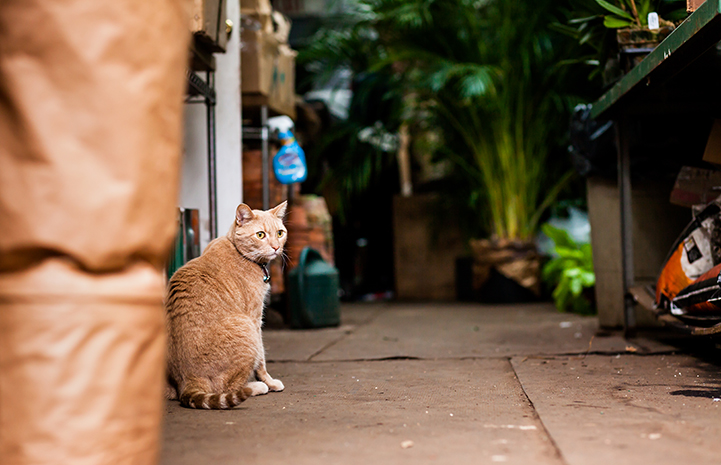 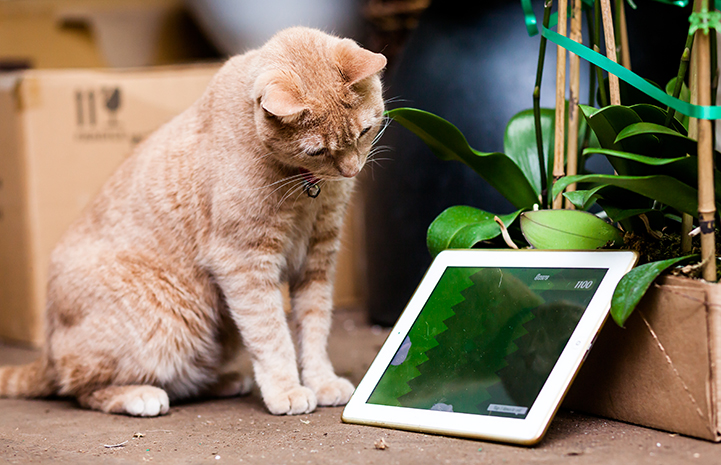 Cat gets a new gig and a new friend

It took Tom a few days to get used to his home at the store. At first, he would hide from customers and employees, but eventually, he started to get comfortable hanging out amid the potted plants and on Sari’s desk. Jassy, another employee, has taken a special liking to Tom, so the cat’s usually with him if he’s not with Sari. “It's nice to know that Tom is pretty much always with someone,” says Peter. “I'm glad to know he's blossomed there.”

New York City is a mecca for working cats, given the number of small businesses (including bodegas) that need to keep the mice away. Cat skills are particularly valuable in Holiday Flower & Plant’s Chelsea neighborhood, which is known for its plethora of flower shops. People love flowers, but mice do, too. 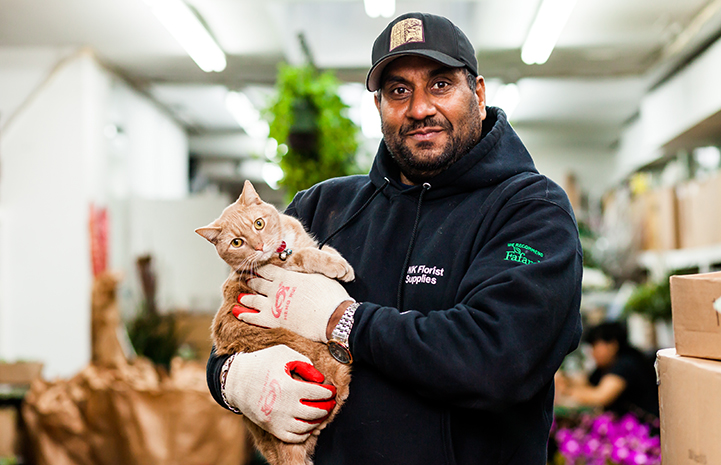 It’s not uncommon to meet a cat in a Chelsea flower shop, and Sari thinks it’s a perfect match. Adopted cats get to mingle with people and receive affection during the day, and then patrol the area at night; meanwhile, while shop owners have peace of mind knowing their store is free of rodents.

“Our store is just as valid a forever home as anyone else’s,” says Sari. “Cats need someone to spend a little time with them, just like everyone, and that can happen in a lot of different places.” 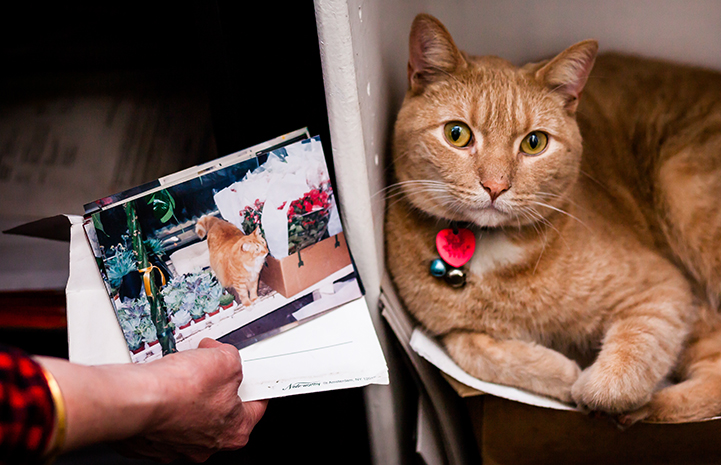 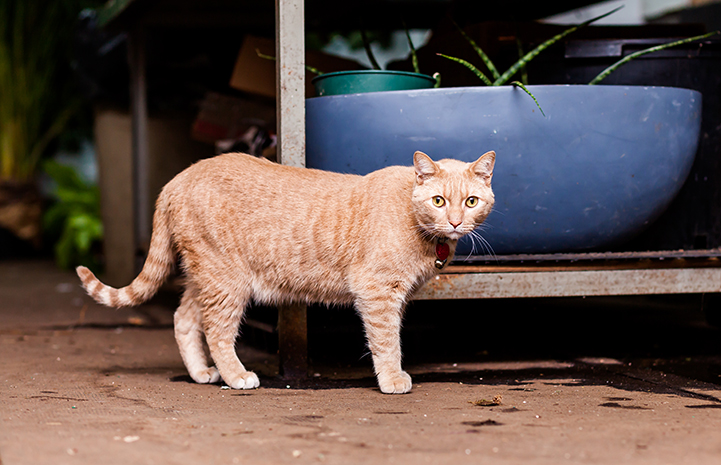