Image
Mookie came to Best Friends with a chronic liver condition, but getting adopted along with his foster sibling has made it all better.
By Laura Reindel 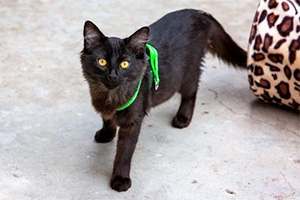 When you meet Mookie, it’s easy to see he’s quite a charmer, but there’s a whole lot more to this black cat with tons personality. He’s also a survivor who doesn’t let a chronic medical condition get in his way. After all, he’s got a lot of living to do and a lot of mischief to get into with his new feline partner in crime, Bridget.

Help for a cat with a chronic liver condition

When Mookie came to Best Friends in Los Angeles from an L.A. city shelter, the medical team discovered he had a liver shunt. In order for his liver to work better and keep harmful toxins from entering his bloodstream, he’d need to be on daily medication and a special diet.

If that wasn’t enough, Mookie also had ringworm, a condition that, while treatable, still tends to give adopters pause. “Combine that with an additional special need and you’ve got a kitty that’s harder to place,” says KylieRose Melville, Best Friends manager of lifesaving outcomes in Los Angeles. But not to worry, because the team at Best Friends in Los Angeles had a solution ― a foster volunteer named Jeanie Butler.

[A big new world for a nearly blind kitten] 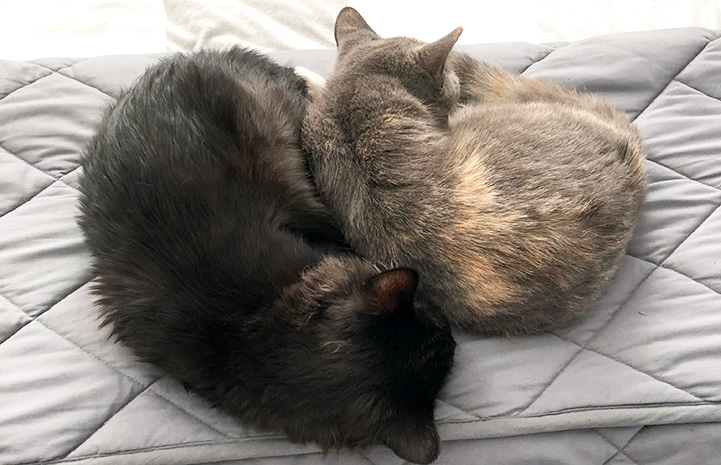 A foster with a passion for helping cats with ringworm

For nine years Jeanie has been fostering special-needs cats, including many with ringworm. In fact, she’s such a regular foster for cats with ringworm that she’s helped the team in Los Angeles develop a strategy for how to talk to potential adopters who are on the fence about adopting a cat who has been treated and no longer has ringworm.

In Mookie’s case, though, there were no adopters to talk to, because Jeannie decided to adopt him herself. “I swore I wouldn’t foster-fail, but he’s a very special cat with an amazing personality,” says Jeanie.

[Ringworm in shelter cats is treatable] 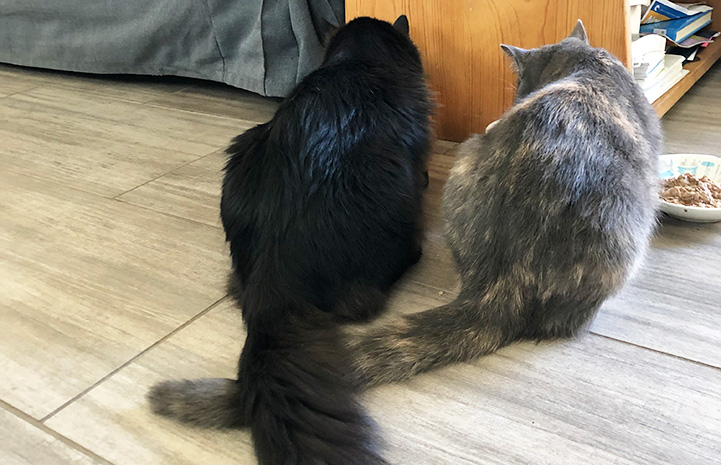 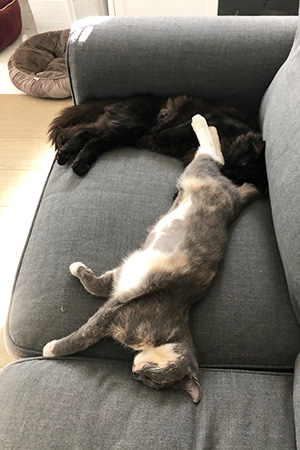 Soon after adopting Mookie, Jeanie decided to foster another cat to give him someone to play with. Enter Bridget, a sweet gray tabby with a loveable personality. It didn’t take long for Jeanie to realize that she had a pair of best friends on her hands. “They followed each other around and always curled up next to each other to sleep,” says Jeanie. “They especially loved to wrestle together.”

It was obvious that the cats had formed an incredibly strong friendship, and when Bridget was adopted, Jeanie could tell that Mookie really missed her.

For Bridget and Mookie, though, fate had a way of stepping in. Bridget’s adopter made the tough decision to return her due to allergies. Jeanie felt this was a sign that she should adopt Bridget, so she contacted the team to make it happen as fast as possible. She didn’t want the opportunity to reunite Mookie and Bridget to slip away.

Cats are completely in love 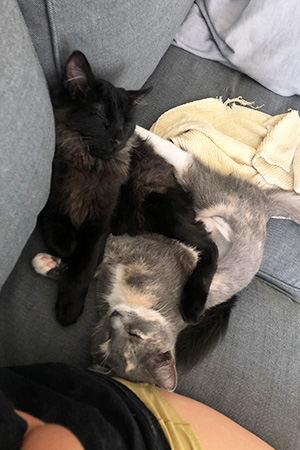 Since Bridget and Mookie were reunited, Jeanie has enjoyed seeing their personalities come out in a big way. “Mookie is over-the-top, personality plus. He’s so curious and interested in anything going on. He and Bridget are incredibly affectionate and completely in love with each other.”

Now Bridget and Mookie will never have to be apart again. Here’s to a lifetime of wrestling and snuggling for these adorable best friends.