Puppies beat parvo and go home for the holidays

Image
Puppies test positive for parvovirus, a life-threatening disease that affects the GI tract. They receive IV treatments and are adopted.
By Nicole Hamilton

Lil Wayne and Lil Jon got adopted just in time to celebrate the holidays with their new families. That should be reason enough to celebrate, but when it comes to these two puppies, there’s a whole lot more to be thankful for. That’s because not too long ago, they were in danger of losing their lives, even though they’d only just begun.

Circumstances threatened to cut the puppies’ lives short when Lil Wayne and Lil Jon were surrendered to a Los Angeles Animal Services (LAAS) shelter, along with their three siblings, after their family noticed they were having gastrointestinal issues. The shelter tested the puppies for parvovirus, a viral infection that affects the GI tract. When all the tests came back positive for the highly contagious and life-threatening disease, the shelter staff knew they had to act fast.

Canine parvovirus requires around-the-clock care, so the puppies came to the Best Friends Lifesaving Center, where they could receive the medical attention they needed if they were going to survive. 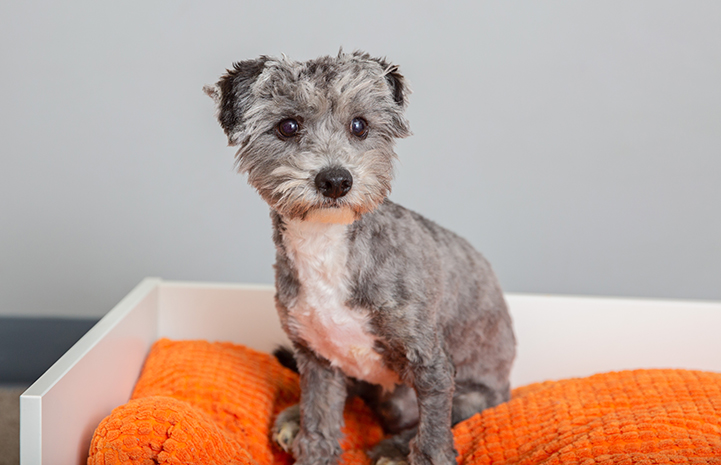 Puppies carry the greatest risk of getting parvo, say Dr. Andrea Winhoffer, Best Friends veterinarian at the center. “Puppies do not have fully developed immune systems and often have not had full vaccines, or any vaccines, in some cases,” Dr. Andrea explains. “So, when they’re exposed to these viral particles in the environment, they contract the disease.”

Staff at LAAS do their very best to treat puppies who have parvo. If the disease is in an early stage, puppies can be treated at the shelter with fluids and oral medications. But parvo spreads rapidly and once it has progressed, infected puppies require intravenous (IV) treatments, which is something that shelters aren’t always able to provide. 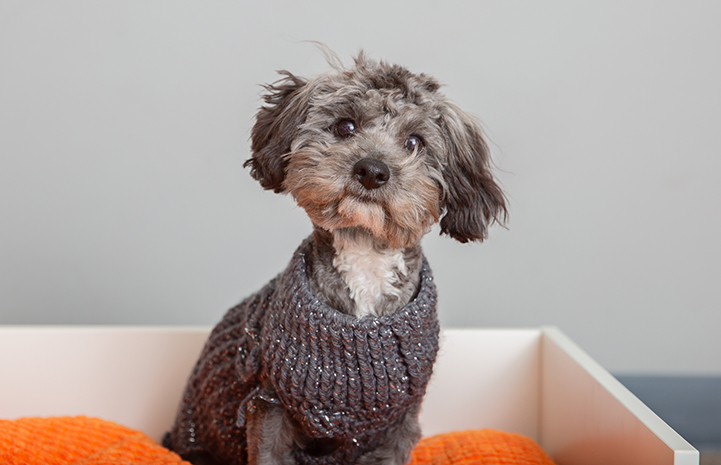 So, when a puppy tests positive for parvovirus at any of the six L.A. city shelters with which Best Friends partners (to make L.A. a no-kill city), the shelter staff alerts the medical team at Best Friends. 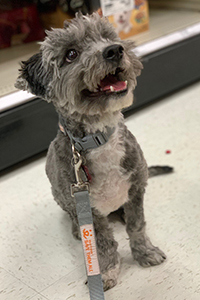 Since the Best Friends Lifesaving Center started helping shelters with parvo puppies, they usually come to the center one or two at a time, but this past Thanksgiving was an exception. On Thanksgiving Day, the staff was already busy treating a couple of puppies, and then Lil Wayne, Lil Jon and their siblings arrived. By the end of the long weekend, the medical team — which comprises Dr. Andrea, senior veterinarian Dr. Nicole Petschauer and a few support staff — was busy caring for nine dogs with canine parvo in various stages of the disease.

Most of the puppies received 24 hours of IV treatments, and they were all administered oral medication and intravenous fluids. Plus, they were given at least 10 days of medical isolation, where they were closely monitored. It’s intense, round-the-clock work that’s rewarding and occasionally heartbreaking. Given the seriousness of parvo, not all puppies survive it. Currently, the center has a nearly 80 percent save rate for parvo puppies, and since July the staff has saved nearly 40 puppies from the life-threatening disease.

Sadly, one of the nine puppies from that very busy weekend didn’t make it, but the rest pulled through. The good news is that once puppies test negative for parvovirus, they get adopted quickly. That’s what happened for Lil Wayne and Lil Jon.

A guide to veterinary care for dogs

“Parvo puppies can be tough, but when you get them through it, it is so rewarding,” says Dr. Andrea, who loves knowing that Lil Wayne and Lil Jon are happy today in their respective homes. “He’s the best doggy ever,” says Lil Wayne’s adopter, Melissa Delgado. “(He’s) full of love and such a great listener and quick learner.” The pup goes by Louis V now, and he’ll soon be enrolled in doggy day care.

These two puppy brothers aren’t even a year old yet, but they’ve already faced big obstacles with tail wags and optimism. When you’re a puppy, there’s just too much to look forward to. They’re adorable, sure, but they also carry with them an amazing story. It’s a story about beating the odds and surviving, and about how people are coming together to Save Them All. 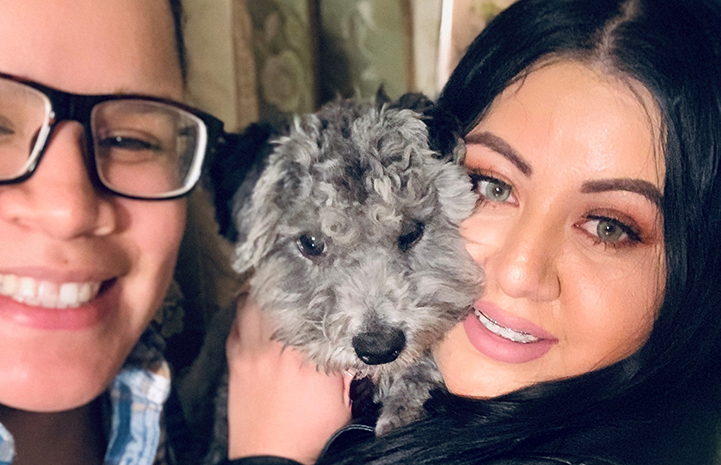