Image
Atlanta rescue dog and cat transport program moves pets out of area shelters to shelters in other states where they will be adopted faster.
By Nicole Hamilton

One summer afternoon in early June, nearly 40 kittens and dogs from two of Atlanta’s largest municipal shelters, Dekalb County Animal Services and Fulton County Animal Services (operated by LifeLine Animal Project) boarded a bus along with staff from Best Friends in Atlanta. Then they headed down the highway bound for another Best Friends Network partner organization, the Brandywine Valley SPCA in West Chester, Pennsylvania.

The animals hitched a ride out of the area as part of transport program created to help save homeless dogs and cats in the Atlanta area by moving them to shelters where similar pets are in high demand, and they can be adopted faster.

“Helping our partners at the local municipal shelters achieve no-kill is our priority,” says Carrie Ducote, a Best Friends senior manager in Georgia. “We do quite a few adoptions at our adoption center, but we knew we could save even more lives with the introduction of the transport program.”

As the teams from Best Friends and LifeLine watched the bus pull away, they knew the pets on board were getting a new and much-needed opportunity, because when you’re a dog waiting for a family in a big city like Atlanta (where shelter where space is limited), there’s no promise you’ll get one.

“We are so fortunate for this partnership with Best Friends,” says Katie Corbett, shelter rescue coordinator for DeKalb County Animal Services. “The transport program is giving animals in our shelters a much-needed second chance, and it also opens more space at our shelters for more homeless pets.” 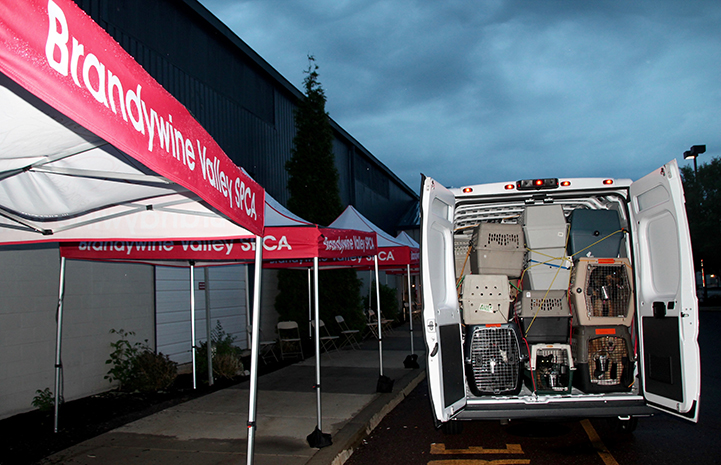 When animal lifesaving is a balancing act

Amy McIlwain, transport lead for Best Friends in Atlanta, works closely with Atlanta-area municipal shelters, as well as with the receiving shelter, to choose cats and dogs for transport.

“Transport is a balance of what the sending shelter needs in regard to helping save more lives and what the receiving shelter has the capacity for,” says Amy. “For example, larger dogs are generally more populous in the shelters we are working with in Atlanta.”

In this case, the balancing act comes when receiving partners need to limit the number of large dogs they take in. “You have to be able to develop partnerships with rescues willing take a wide variety of animals — from the ones at high risk at the sending shelter to the ones that will be easy for them to get adopted,” says Amy. 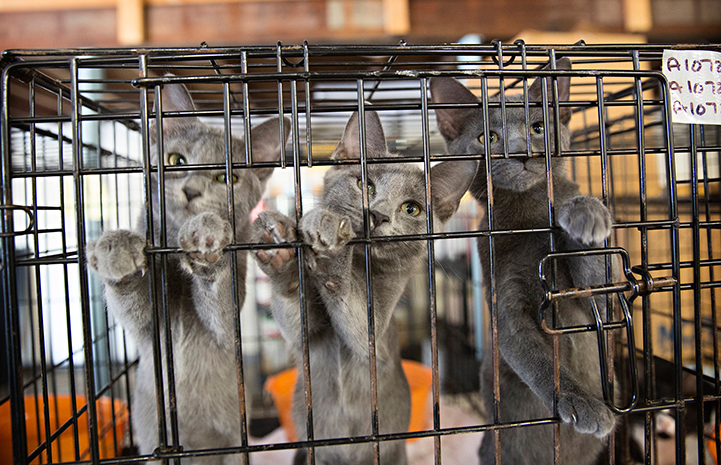 Many of the dogs on the first transport to the Brandywine Valley SPCA had been in the shelter system in Atlanta for some time. But that all changed when they got to Pennsylvania. Soon after they arrived, the shelter had a mega adoption event, and they all were adopted. It was a resounding success that inspired the program to take off and grow.

The people at the receiving shelter were happy, too. “When we were asked to partner with Best Friends in Atlanta, it immediately became a high priority lifesaving initiative for us,” says Adam Lamb, chief executive officer for the Brandywine Valley SPCA.

Since that first transport, nearly 280 animals from Atlanta area shelters have been transported from sending shelters to receiving rescue groups and shelters throughout the eastern part of the country. Today, Best Friends organizes two to three transports each month out of Atlanta.

In addition to trips to the Brandywine Valley SPCA, Best Friends staff members drove cats and dogs in their animal transport van to the Dutchess County SPCA, a network partner group located in Hyde Park, New York. Recently, a few large dogs went to Animal Farm Foundation to take part in a rescue program that places dogs with inmates so both can learn new skills. And, what was arguably the cutest transport took place this summer when Best Friends sent 39 kittens to a cat rescue group in Buffalo, New York, where people were eager to adopt kittens, but the shelters didn’t have any. 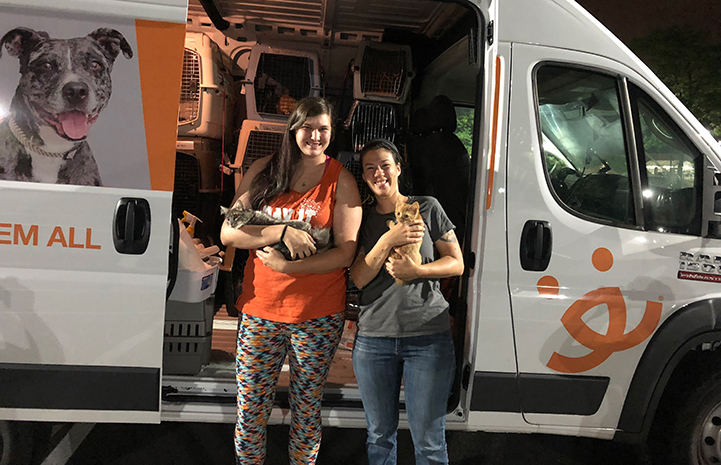 Making sure animals are healthy for the road

One of the biggest challenges of transporting animals is making sure they’re healthy enough for a long road trip. “We’re pulling our transport animals from shelters that have over 500 animals in their care so they’re exposed to an incredible amount of germs and illnesses,” Amy says. “A lot of times their immune systems are already compromised due to stress, so keeping them healthy enough to transport can be difficult.”

Animals pulled from shelters are brought to a designated area at the Best Friends Pet Adoption Center in Atlanta, where the staff makes sure that all cats and dogs qualify for health certificates that indicate they are fit for to travel to the receiving groups.

Before the room at the adoption center opened, Katie Corbett says it was difficult for the DeKalb municipal shelter to transport as many animals as they can now, because they didn’t have space for a quarantine room.

“It’s been really beneficial for us,” says Katie. “The quarantine space gets the animals out of the shelter environment, which can be stressful, and lets them decompress. And once they’re moved to the space, we can take in more homeless pets.”

Of course, the challenges of animal transport pale in comparison to its benefits. “It is so rewarding to be able to walk into the shelters and help to relieve some of their stress due to overcrowding by pulling a large number of animals,” says Amy. But the biggest reward, she says, is being able to play a small part in getting animals to their loving forever homes and being a part of helping Atlanta and Georgia achieve no-kill.

“It took many months of planning and coordination, but now that it’s up and running, the transport program has become a sustainable way to provide positive outcomes for even more pets from our partners in Atlanta,” says Carrie. “Every life saved is one more step toward getting our entire region to no-kill.” 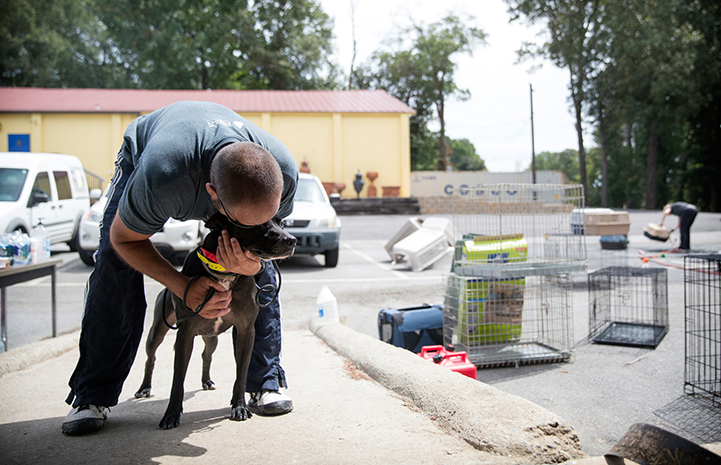 Photos by Leesia Teh and Best Friends staff