Image
Five wild cottontail bunnies are rescued after their home was destroyed by landscaping equipment. They come to the Sanctuary for help and care.
By Sharon St. Joan

Their mom was very scared and ran; she may have returned later, but there was nowhere to leave the babies safely. Leaving them out in the open was just too risky. Fortunately, the people on the scene knew exactly the right thing to do.

They called Wild Friends, and arranged for the baby cottontails to be taken there immediately so they could receive proper care, and later be released back to the wild. It was helpful that the babies were already big enough to be afraid of humans. It’s really important for orphaned wild babies or those separated from their mom not to become habituated to humans. And every bit as important as that is making sure they are never around dogs or cats.

What to do with orphaned wildlife

You may have seen the “cute” photos circulated on the internet showing a cat nursing squirrels or other wild babies along with her kittens. Unfortunately, that’s really, really not good for the wild babies. They’re not getting the right kind of milk and, even if they survive, they won’t have any survival skills if they grow up thinking that a cat is their mother. It just doesn’t work.

The five little cottontails who arrived at Wild Friends were in the process of being weaned, so they were bottle-fed and also offered a hay-based diet, which they enjoyed munching on. Their weight was monitored carefully, to be sure everything was going OK. If little bunnies go for more than a couple of hours without eating, they begin to lose weight and don’t grow properly. 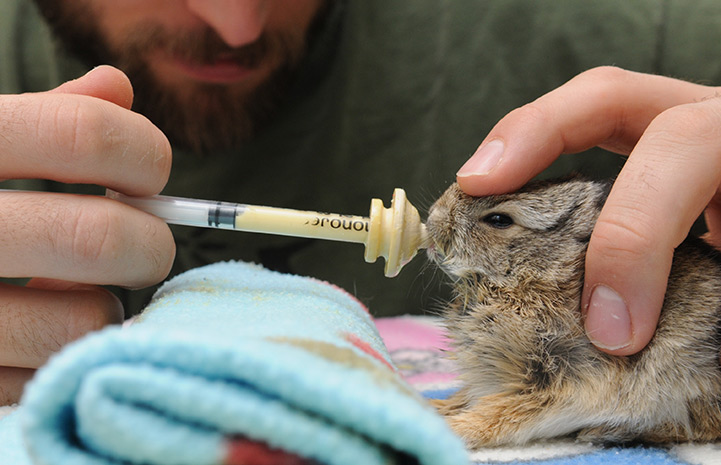 Another really important thing to be aware of is that cottontails are a native species, indigenous to the American West. These little rabbits are not related to the kind of bunnies that are kept as pets. Pet rabbits are descended from the European wild hare, a completely unrelated species. In fact, their digestive systems are different — another reason why only a licensed wildlife rehabilitator has the skill to care for cottontails.

At Wild Friends, Best Friends’ state and federally licensed wildlife rehabilitation center, the little ones were housed in a suitable cage, measuring four feet by two and a half feet, big enough for them to get some exercise from running around. On the floor, there was special bedding, with no loops that could catch on little toes.

Nearby were three or four other litters of cottontail babies, all orphaned or somehow separated from their moms. So the little cottontails got plenty of socialization to others of their species. 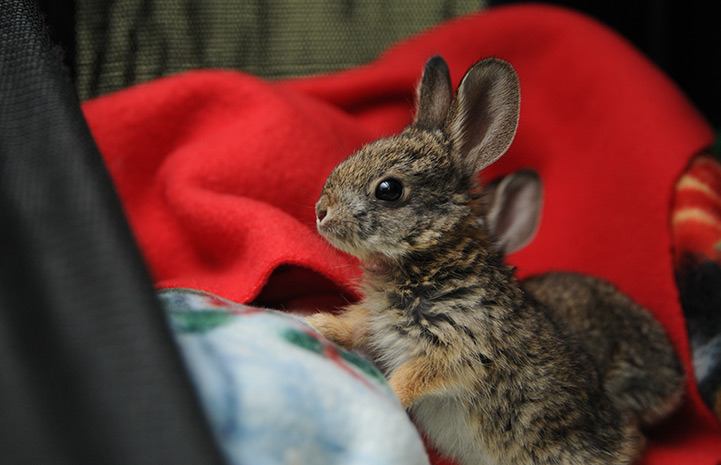 This group was released a few weeks later, all healthy and ready to go. They were put outside in a cage at a very carefully chosen release site that was partly in the shade. The cottontails were given lots of hay, and the door to the cage was left open, so they could take their time — the rest of the day, or a day or two — to come and go, and get used to their new wild home. That way, they’ll know how to find cover, they’ll know where the very best plants are for dinner and where to find water, and they’ll feel comfortable in and familiar with their surroundings.

Thanks to their kind rescuers and the good care they received, the cottontails will be enjoying a very happy summer and a beautiful life of freedom in the wild.

Join Best Friends to Save Them Ally 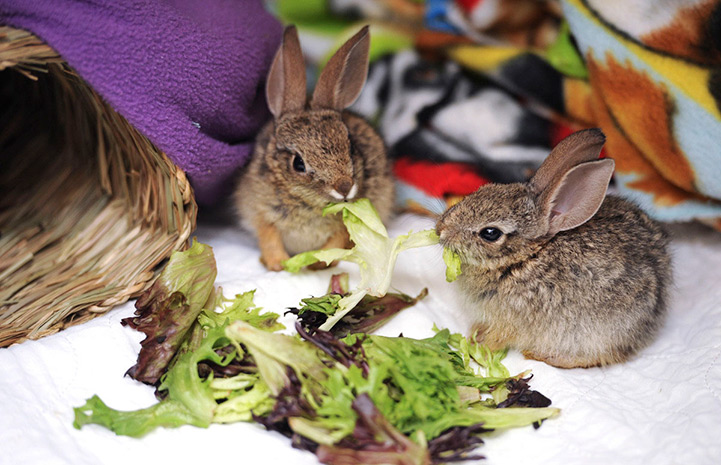