Found as an orphaned baby badger in northern Utah, Rosie came from an area where hazardous materials are being cleaned up, so she couldn't return there.

Animals from the wild usually aren’t given names while they are being rehabilitated, because they shouldn't be treated like pets. But in a few cases, names seem to stick anyway, so the little badger became Rosie. 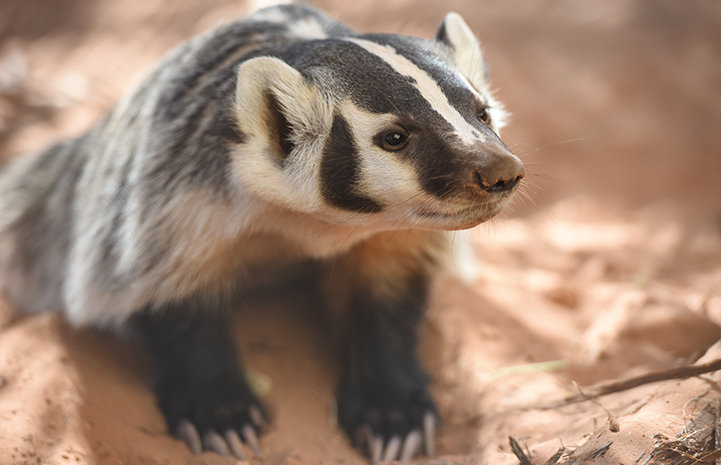 Rosie first was brought to the Second Chance Wildlife Rehabilitation Center in Price, Utah, where the staff put her on an appropriate diet and made sure that she didn’t connect people with giving her food. The staff would need to keep a safe distance to prevent her from getting used to humans to ensure that she could be released back into the wild.

When Rosie was stable and consistently eating on her own, she was transferred to Wild Friends at Best Friends Animal Sanctuary, where state and federally licensed wildlife rehabilitation staff would take care of her and get her ready for release. Soon, she grew the giant claws badgers are known for and her weight increased to about 15 pounds. 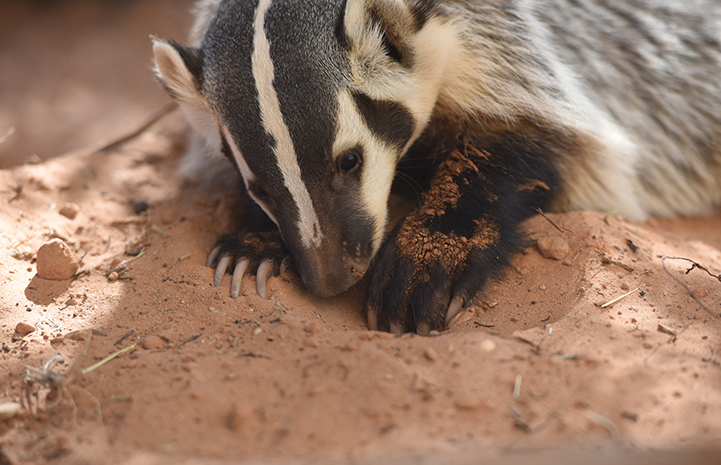 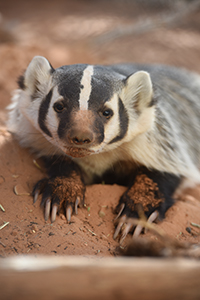 Adult badgers are naturally solitary hunters, and when Rosie was old enough, she was moved to a special enclosure away from the rest of the animals to be acclimated before being released.

She practiced her survival skills by digging up the entire area and creating a vast network of tunnels. She burrowed in a big brush pile and crawled through her two igloo shelters. When that wasn't entertaining enough, she practiced climbing the chain link walls, utilizing her huge two-inch long claws.

Whenever a caregiver appeared, she would glance up for a moment, then go back to digging — an adventure that could occupy hours at a time.

On one of the cool last days of September, Wild Friends manager Carmen Smith, the Sanctuary’s head licensed wildlife rehabilitator, drove Rosie about 20 miles away from the Sanctuary. Then, carrying Rosie in a covered cage, she walked out to a very remote area. Finding the ideal place to release a badger is a science, and staff had spent the preceding weeks locating just the right spot.

On a nearby hill where the sage brush waved in the wind, the cage containing Rosie was placed in a stand of scrub oak thick enough to offer protection from larger predators (especially for that first night). This would give Rosie time to create her extensive web of burrows. 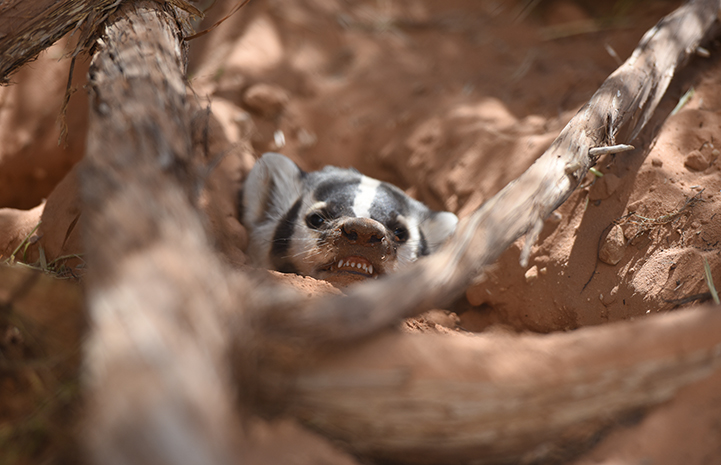 Since it was the middle of the day, Rosie could get used to her new wild home before nightfall. When the door to her cage was finally opened, within 20 minutes she poked her head out to look around, and then ducked back in to hunker down for a bit.

It was shaping up perfectly. A slow cautious release is the best and safest way to release an animal, because allows time to get used to new surroundings. Being a wise badger, Rosie poked her head out several times, stepped out, turned around and sniffed the ground before retreating into her cage again. After watching her go in and out several times Carmen left, leaving the covered cage there overnight in case Rosie wanted to return to it.

By the next day, Rosie had already started exploring the land, building her new home of many interconnected burrows and was getting all set up for winter. In a beautiful new habitat, she can now live her life free in the wild, just as she was meant to do.

Help more animals like Rosie get back to their wild homes 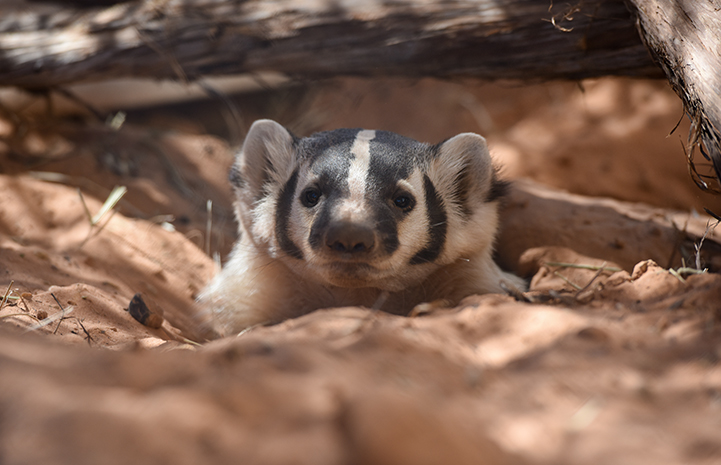