Sanctuary animals are the spitting image of these famous faces

Image
Need a break from coronavirus news? Meet these animal look-alikes, doubles and doppelgangers at Best Friends
By Sarah Thornton

We think every animal at Best Friends Animal Sanctuary has star quality, but we’ve noticed that some look, shall we say, rather familiar. If you’ve spent any amount of time online, you’ve definitely seen cats who look like Ron Pearlman. Well, with around a thousand animals at the Sanctuary on any given day, odds are good that there must be at least one four-legged celebrity doppelganger here. When we asked around, we found way more than that. Here are our favorites.

Britney and Jack Nicholson as the Joker 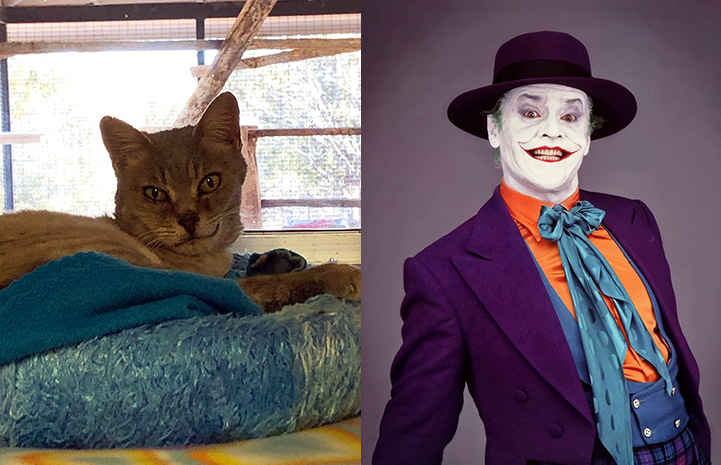 Britney’s wide, drawn-up smirk sometimes reminds her caregivers of the Joker. And, she definitely knows how to liven things up at Cat World. It’s probably a good thing that she doesn’t know that, here at the Sanctuary, there’s also a cat named Batman. 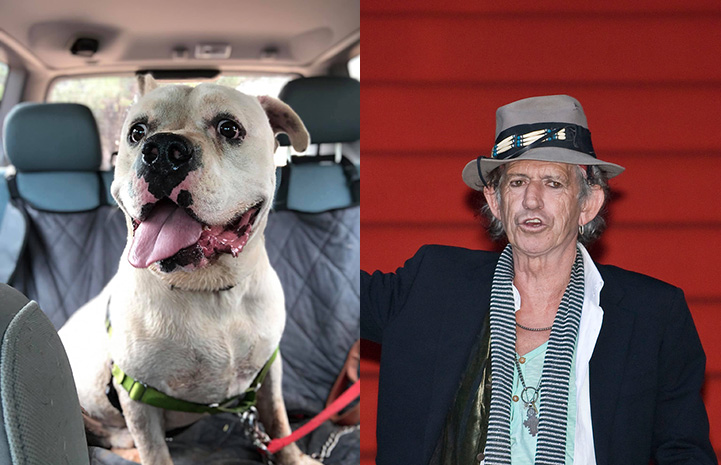 Calvin might not know how to play the guitar, but he sure knows how to party. He’s got a big personality and charisma coming out of his ears — his cute, cute little ears. We definitely think he takes tips for his smokey eye from the rock ‘n’ roll star.

Dennis and the Cowardly Lion from The Wizard of Oz 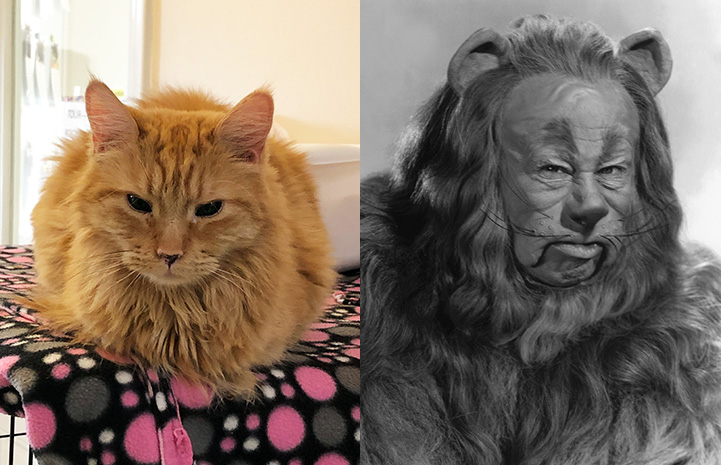 With his long orange locks, Dennis already looks like a little lion. If he only had the nerve. Dennis can be a little shy sometimes, but maybe he’s gone to see the wizard because he’s come a long way. And he’ll never be a wallflower at dinner. 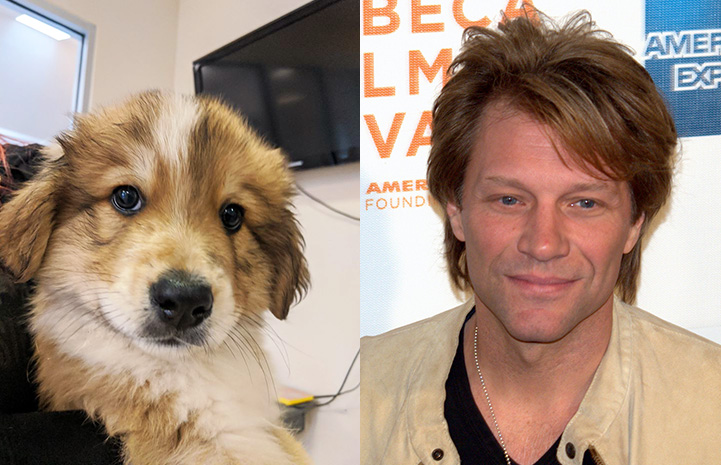 Little pup Cribbage reminds caregiver Steven Lee of Jon Bon Jovi ― so much that he shared the little guy on Facebook with a caption cover of "Livin’ on a Prayer." “Woooaaahhh and we're halfway there. Woooaaahhh, kibble in my hair.” 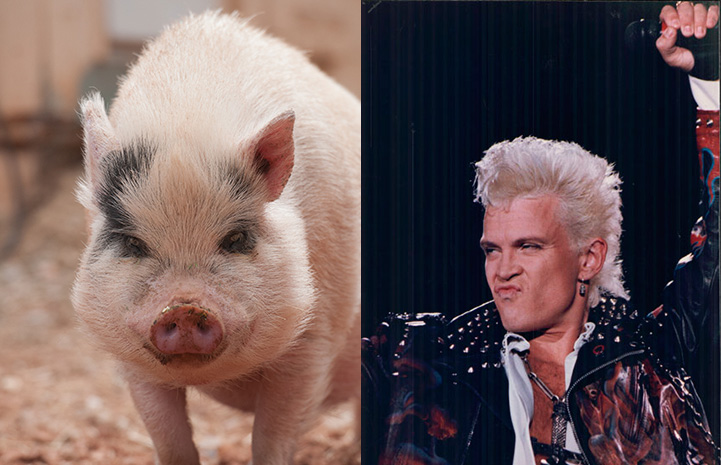 You might not expect the animal compared to a glam rock star to be a pig, but Diesel has the personality (and the eye makeup) to match. Just look at that smolder. If he could sing, we know he’d rock out. 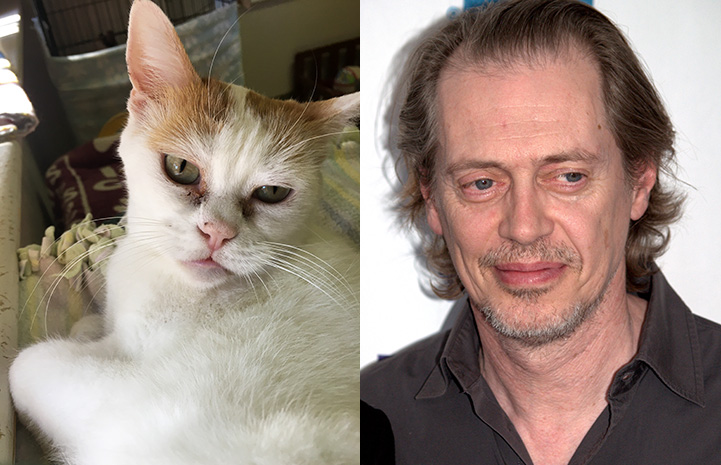 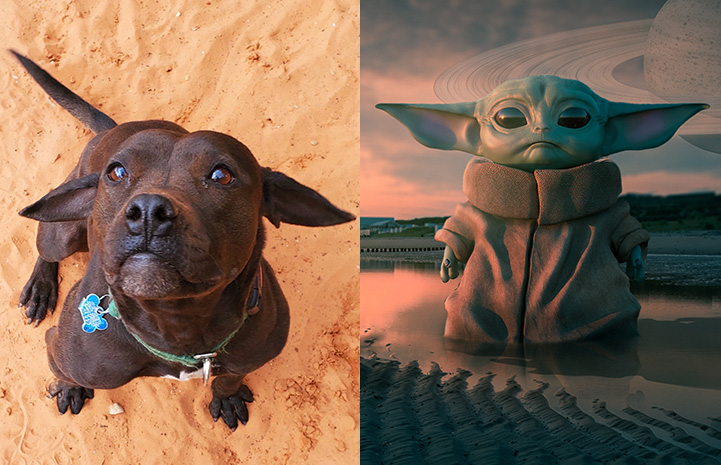 Be a hero: Foster a pet near you