Saturdays are for Saving Them All

On a typical visit to The Gateway, a popular open-air shopping and entertainment center in Salt Lake City, Willi Furr would likely be there to grab dinner with a friend or catch a movie. But his last visit there was hardly what you’d call typical (although it was certainly special), because Willi was there to adopt a dog at the Best Friends Save Them All Saturday event.

Since January, The Gateway has served as the host of the Saturday adoption event that features animals from Best Friends’ No-Kill Utah (NKUT) partners. Each event is slightly different, but one thing that doesn’t change is its mission: to save homeless pets in Utah as part of the larger goal of making the entire state no-kill.

Community gathers at The Gateway to help animals 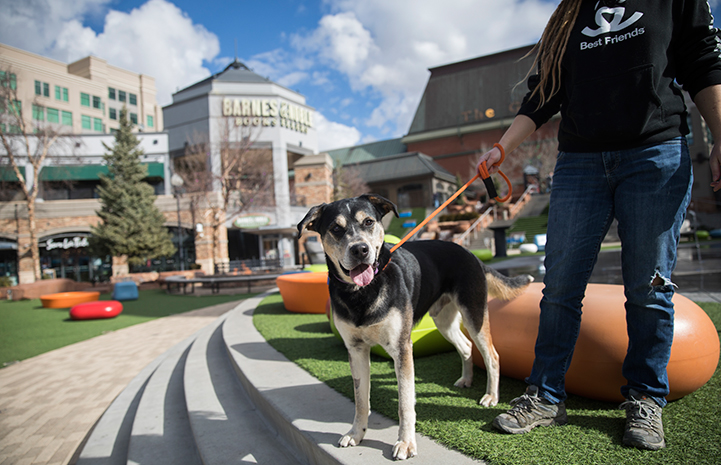 The Gateway hosted Best Friends’ NKUT Holiday Mini Super Adoption back in December and was so impressed with the turnout and how many happy faces were there that day that they offered to host ongoing adoption events for free. It was an offer no one could refuse, and after just two events, they’re proving to be very successful.

“Nearly 75 pets got adopted at the first two events,” says Kim McDaniel, Best Friends communications manager in Utah, who helps organize Save Them All Saturdays. The events are becoming known as a great day for Salt Lake City residents to gather to celebrate pets, as much as it is the perfect opportunity to adopt one. 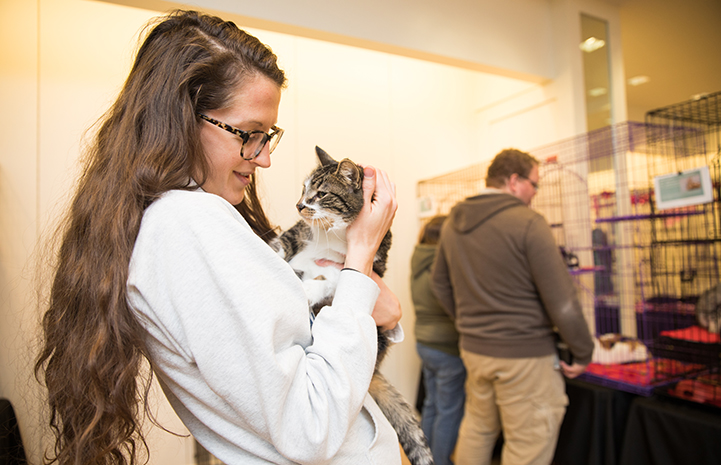 Around eight NKUT partners (including Salt Lake County Animal Services, Nuzzles & Co., Community Animal Welfare Society (CAWS), Arctic Rescue, Pet Samaritan Fund and Rescue Rovers) have brought adoptable pets so far. In fact, that’s how Willi met his new dog, Bill, who was at the most recent Save Them All Saturday event with CAWS.

“We’ve greatly benefited from taking part in Save Them All Saturday,” says Joanna Drzaszcz, volunteer program and events coordinator with Nuzzles & Co., an NKUT partner that has taken part in every Save Them All Saturday. “We're excited to have another avenue to showcase our rescued kitties and find them forever homes.” 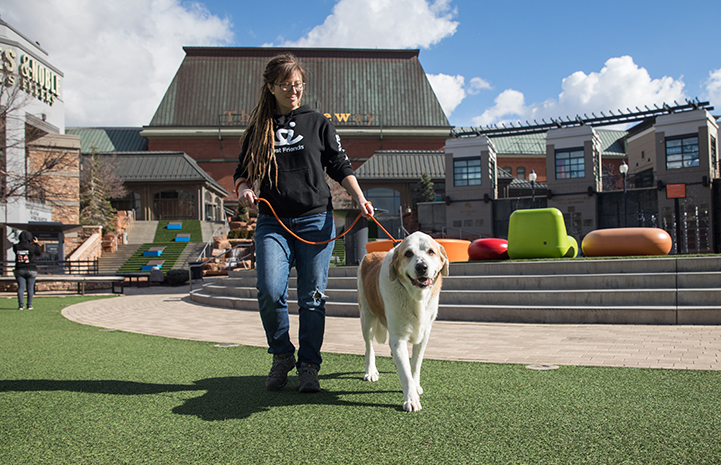 Think of the Save Them All Saturday events as a more intimate super adoption. “We are purposefully smaller than super adoptions, but with more groups and animals than our shelter and rescue partners normally would be able to offer at an event on their own,” says Kim. “Many of the participating groups also change each month, depending on their schedules and to give everyone who wants to a chance to be part of it.”

Each monthly event is designed to be a little different, depending on weather and other events in the downtown area. As the weather gets warmer, the hope is to add vendors and food trucks to the mix, along with being part of scheduled festivals and events happening simultaneously at The Gateway. 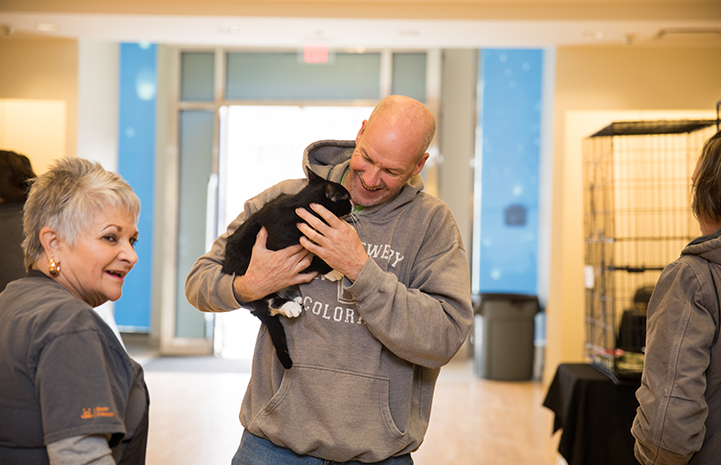 As for Bill, he’s settling into Willi’s home just fine, and has even made friends with Willi’s cat, who is known for being a bit selective in the company he keeps.

Willi knew right away when he met Bill at Save Them All Saturday that he wanted to adopt him, and it wasn’t because they happen to share a name. “The main draw was his disposition,” says Willi. In the busy venue filled with people and dogs, he says, “Bill was just chilling out.”

Now, The Gateway is the place to be once a month for dogs and cats like Bill who are looking for a home, and for people like Willi who are looking to add a new friend to their families — proving that saving lives can happen almost anywhere.