Image
Animal rescue groups come together to save hundreds of abandoned domestic bunnies off the streets of Las Vegas, Nevada.
By Christelle L. Del Pret 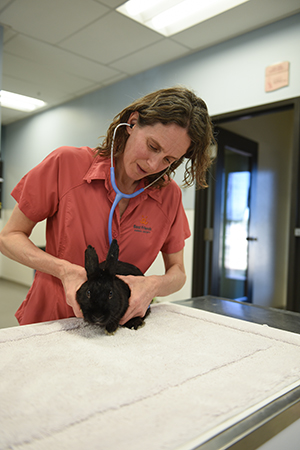 Wilbur the bunny didn’t know he was part of a coordinated rescue operation when he was brought to Best Friends. All that mattered to him was that he was finally out of danger getting the help he so desperately needed.

Wilbur was one of hundreds of unwanted rabbits released in Las Vegas over the past few years. Because many of the abandoned bunnies aren’t spayed or neutered, their numbers grew very quickly in several areas of the city.

As more and more bunnies were dumped on the city streets, concerned residents and local businesses started looking to city officials and local animal rescue organizations for help. Some people felt that the large number of neglected rabbits posed a public safety hazard. Others worried about what would happen to the poor discarded bunnies.

Unlike their wild cousins, domestic bunnies can’t fend for themselves in the great outdoors. They’re also not cut out for life on city streets. Even for the bunnies who manage to survive outside, life is difficult and dangerous.

In response to the growing population of homeless bunnies in Las Vegas, rescue organizations (such as House Rabbit Society, All Creatures Sanctuary, The Animal Foundation, The Humane Society of the United States and the Nevada SPCA) have come together to save the abandoned bunnies by getting them off the streets and into homes.

Before they can be adopted, however, they must be spayed or neutered. Many of them also need treatment for illness or injuries suffered while living outside. Some mother bunnies need a little help raising their babies, and many bunnies (especially those born outside) aren’t used to people and require socialization before they are ready to be family pets.

That’s where The Bunny House (the area at Best Friends set up just for rabbits and guinea pigs) comes in. Working closely with House Rabbit Society, bunnies humanely captured off Las Vegas streets are transported to the Sanctuary. After receiving medical care and being pronounced healthy and ready for homes, they are returned to Las Vegas where the House Rabbit Society and the other rescue groups quickly find them new homes or place them in foster care until permanent homes become available. 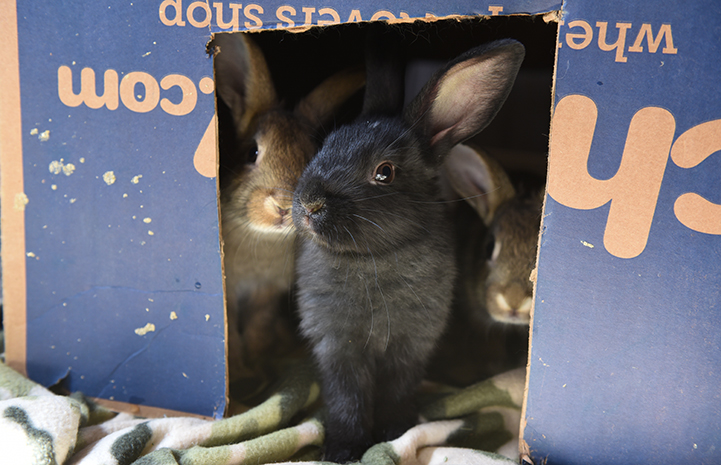 Since Best Friends joined the effort to help the Las Vegas bunnies in February this year, about 70 rabbits have been brought to the Sanctuary for medical care and TLC. A few (including Wilbur) have stayed because they need ongoing medical care, but most are already adopted or in loving foster homes.

Help for an injured bunny

Wilbur, who was one of 20 bunnies arriving at the Sanctuary several months ago, needed both neutering surgery and medical attention to some infected wounds. Since rabbits are territorial, Wilbur was injured by other bunnies who felt he was invading their space after he was abandoned in their area.

The Best Friends veterinary team worked hard to get Wilbur well. They surgically cleaned his wounds and Bunny House caregivers treated him with warm compresses twice a day to ease his discomfort and help his body heal. He also got medication and nutritional supplements to speed his recovery. 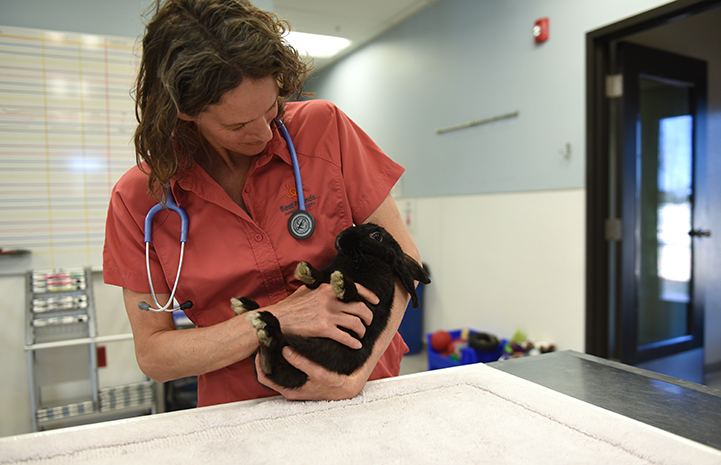 With help from the veterinary team, Bunny House staff also worked to save three very fragile baby rabbits who were also part of Wilbur’s group. The babies, only a few days old, were weak and undernourished because their malnourished mother struggled to care for them.

Bunny House staff began bottle-feeding the baby rabbits every few hours around the clock. Bottle-fed baby bunnies can be challenging. It’s easy for them to inhale the liquid (which leads to breathing and lung problems) and because formula doesn’t contain as much nutrition as a mother rabbit’s milk, they must be fed more often.

These three babies had a hard time catching on to bottle-feeding, but while it was touch-and-go for a while, they were soon old enough and strong enough to begin eating on their own. Once that started, they grew like weeds and soon were ready to return to Las Vegas to find their new homes. 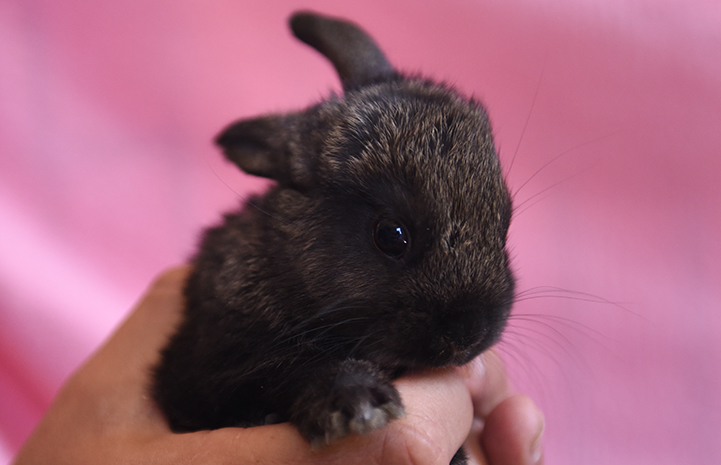 Because rescue groups are willing to cooperate and coordinate efforts in Las Vegas, the city’s population of abandoned rabbits is finally starting to decline.

Less than a year ago, hundreds of bunnies were struggling for survival in the largest problem area for abandoned rabbits (where Wilbur came from). Today, that site is bunny-free. And Best Friends, along with dedicated local rescue groups, will keep working to make sure it stays that way and that every abandoned bunny gets a chance at life in a loving home. 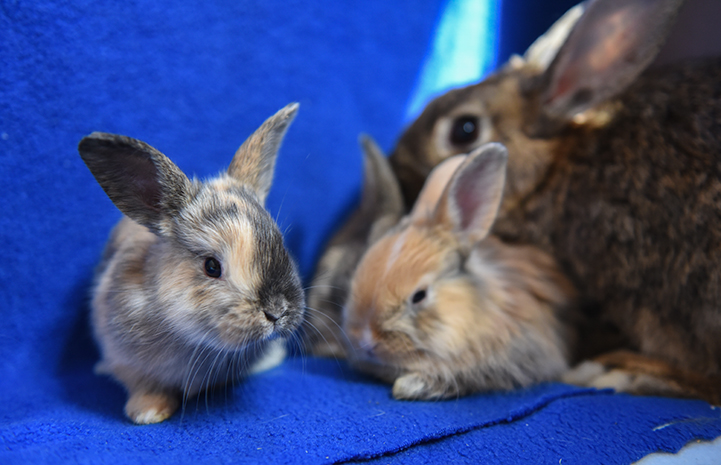