Driving one of the four cars on loan to Best Friends from MINI USA can make a person feel special. “It’s like being in a parade,” says Kim McDaniel, communications manager for Best Friends in Utah. “So many people honk and wave.”

The cars, all MINI Countryman models, are decked out from bumper to bumper with our message to Save Them All, which makes them hard to miss. Not only are the cars helping to raise awareness about homeless pets, they’re often used to carry precious cargo — dogs and cats on their journey from homeless to home. 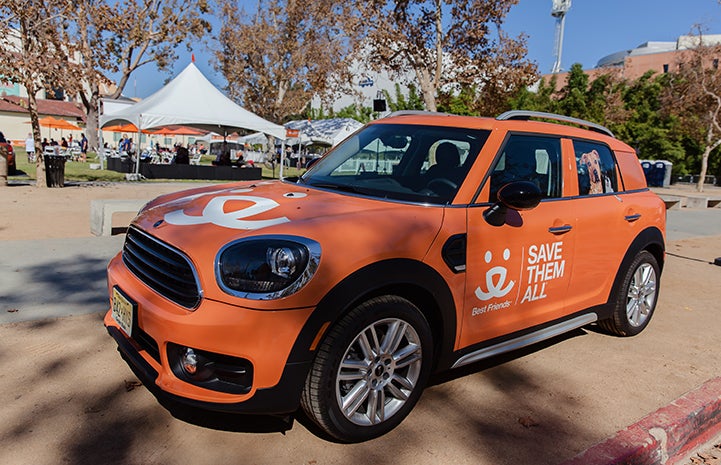 Since the day the cars arrived in the respective cities, they’ve been turning heads and safely getting pets from point A to point B. In Atlanta, the MINI might get a dog or cat to a vet appointment one day, and to a television appearance the next. It’s also a quick and efficient ride for staff to run errands or travel to a partner shelter for a planning meeting.

Salt Lake City’s Best Friends MINI Countryman is the go-to vehicle for picking up cats and kittens from area shelters to bring them to the pet adoption center. It’s always on site at events like Strut Your Mutt and super adoptions, and is especially handy when pets need to make the six-hour trip between Salt Lake City and the Sanctuary in southern Utah.

Like all the cars, even when not on the road, the MINI is still doing good. “When we aren't driving the MINI, it sits right out in front of the adoption center and gets lots of attention from people walking by or going to the coffee shop next door,” says Kim. “It's not unusual to see people taking photos and selfies with it.” 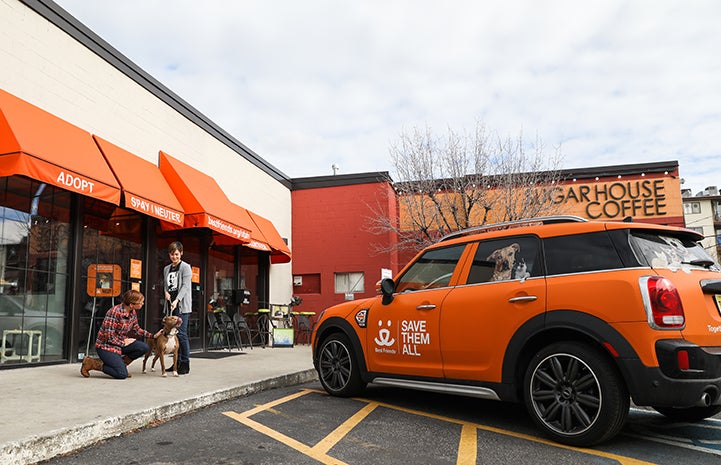 Just getting animals from place to place in the two largest cities in the U.S. can be a challenge, but the Best Friends’ MINI cars in New York and L.A. make it possible — and even fun. Just like in the other cities, the cars are always present at events, but they also spend a lot of time on California’s infamous freeways and Manhattan’s often-congested streets.

“The dog and cat images in the windows draw lots of double takes,” says Jane Jetabut, events and outreach coordinator for Best Friends in L.A. “I've had to get used to people honking and waving at me or honking and giving me a thumbs-up when I'm driving the MINI.”

In New York, the MINI is especially helpful because it’s the perfect size for quickly navigating city streets. Kristi Adams, foster and adoption coordinator for Best Friends in New York says, “The MINI is so valuable to us here. Our other two vehicles are both giant vans that are much more difficult to drive around New York City, so the MINI is constantly used.”

Kristi drives the MINI to pick up pets from shelters and bring them to the pet adoption center, and it’s especially helpful in giving pets the royal treatment. For example, Megatron, an extra-large dog, got to ride in style to adoption events until the big day came when a family fell in love and took him home to stay. 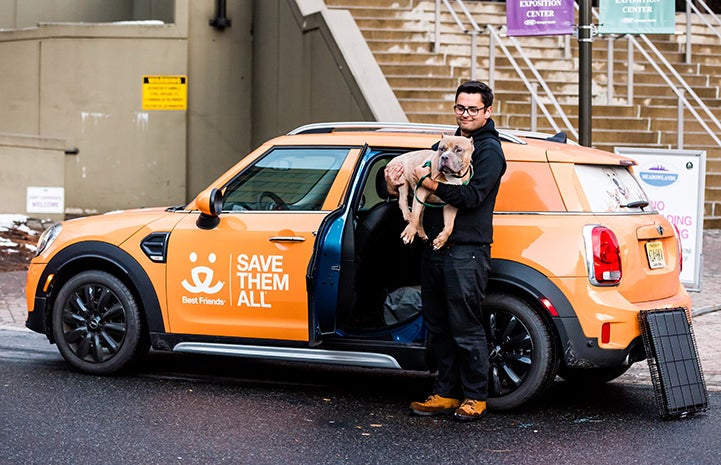 Whether the cars are turning heads, transporting precious cargo, or both, they’re having an impact every single day in Saving Them All.