Saving more than 100 Chihuahuas from wildfire

Image
Utah rescue groups come together to save over 100 dogs from a hoarding situation who were threatened by the Dollar Ridge Fire in Duchesne County.
By Christine Colbert

It took a wildfire to alert authorities to a dog hoarding situation in rural Utah, but because of it, more than 100 dogs are now either in new homes, or well on their way.

The Dollar Ridge Fire burned more than 60,000 acres, forcing residents of Duchesne County in northeast Utah and their animals from their homes. That’s how a local resident first came across the dog hoarding situation while checking the neighborhood for anyone needing help. It appeared to be a case of animal hoarding, where the owner of the property had evacuated and left bags of food in the yard for around 100 small dogs, mostly Chihuahuas, who were for the most part under-socialized and fearful of humans.

Residents successfully gathered up about 40 of the pups and got them to the Duchesne County Fairgrounds, where emergency evacuation personnel were located. But there were many more dogs on the property, and where would they all go? 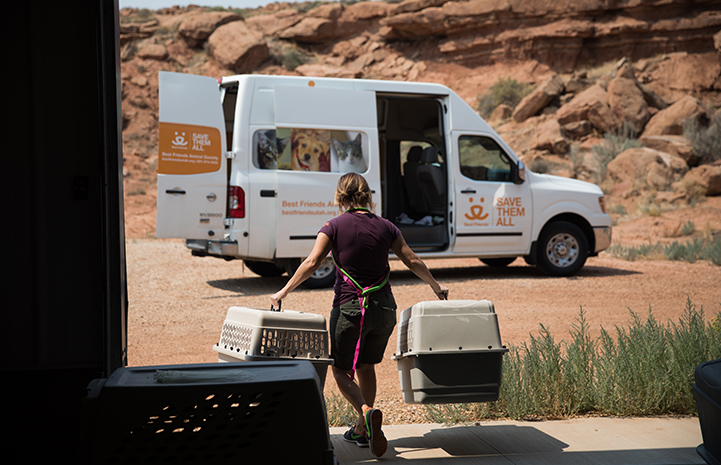 Saving dogs in a Utah wildfire

Rick Carda from Duchesne County Animal Control assessed the situation and called Melisa Stevenson at the neighboring Roosevelt City Animal Shelter for help. She also runs a group called Furever Buddy’s Rescue, and together with a group of volunteers, they trapped the remaining 60-plus dogs in just a few hours. But the issue remained of where to put them all.

The math didn’t add up. The Roosevelt shelter had just 14 kennels and only four employees. Taking charge of approximately 100 small dogs was way more than they could handle, even if their kennels were empty — which they weren’t.

Melisa had quickly found foster homes for puppies, mothers nursing litters and those needing medical help. But that only accounted for about 20-25 dogs. The Roosevelt shelter had to figure out how to take charge of the number of pets they’d typically see in a month all at once. The dogs’ owner relinquished them to authorities, and once the wildfires were contained, the dogs still needed safe places to go where they could be spayed or neutered and placed in new homes.

The shelter needed reinforcements, so they got in touch with Best Friends and NKUT Coalition partners and asked for help.

About the No-Kill Utah (NKUT) initiative 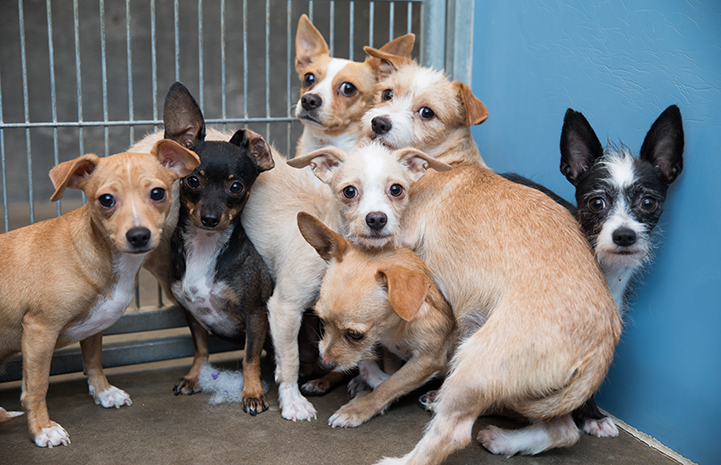 Lawrence said groups like Paws for Life in Heber City and Second Chance for Homeless Pets in Salt Lake City stepped up by collecting supplies and taking in animals in need. The coalition works together to save lives on a daily basis, and it was quick to step in and help in this case, too.

“Salt Lake County Animal Services and Humane Society of Utah also played a huge role in taking in dogs and working with some of the more under-socialized of the group,” says Lawrence. “And these weren’t the only groups that helped. Organizations all over the region responded with some kind of assistance.”

Together, these groups pooled resources to find supplies, food, foster families and medical support for the dogs, making sure they got the attention they needed. Best Friends helped by loading up dogs into vans and transporting them to the Salt Lake area where shelters and rescue groups were ready to take them in. 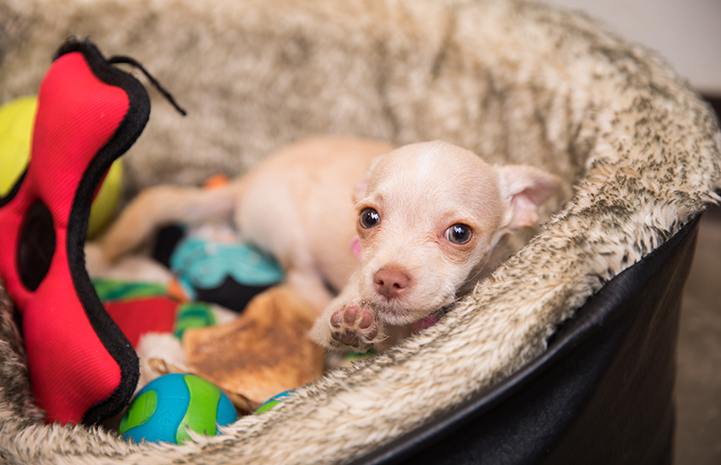 Cathy spent quite a bit of time helping with the dogs at the Roosevelt shelter until transportation could be arranged. Caring for under-socialized dogs is no easy task. Developing trust is key. Each dog needs a nice, small individual space, separated from the others so they don’t feed off each other’s anxiety. Positive trust-building exercises (usually involving food) help enormously.

Even still, socializing pups like these would be no easy task — except for the help of one dog — who (like an ambassador) showed the others how to connect.

“A dog named Spot became a really good role model for the other dogs,” said Cathy. “If you went into the run and sat down, he would immediately engage with you. If you sat there long enough, it was kind of amazing. One by one, the other dogs would become more interested in you as someone who is safe.”

Spot showed his friends that humans were OK and today, the other dogs who have gone to foster homes have quickly bonded and created relationships with their caregivers. All they needed was a chance, plus caring organizations to give them the space and time needed to adjust to a new and better life.

“At the end of the day, it’s always inspiring to see groups and like-minded individuals coming together around a cause, helping each other out at the times they need it the most,” said Lawrence.

For the 100-plus dogs whose lives were changed by the Dollar Ridge Fire, that help made all the difference.

You can help Save Them All 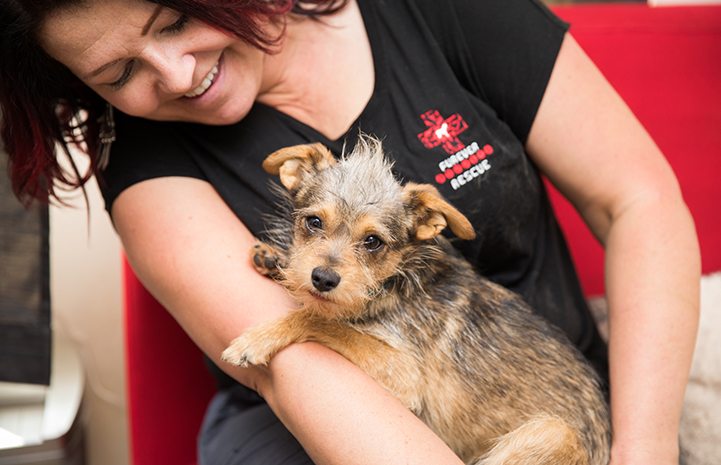