Image
Best Friends' new shelter outreach program provides training and support to animal shelters around the country so they can save more animals.
By Emily Douglas

Savanna is a stunning eight-month-old classic tabby cat. She is also a new mom. On Easter Sunday she gave birth to four adorable kittens. Three of them look just like her (with their coffee-colored stripes) and the fourth resembles a four-legged Creamsicle, bursting with orange-and-white fuzz.

Someone near Greenville, North Carolina, found Savanna with her new litter and brought them to Pitt County Animal Services, where after being pronounced healthy, they were placed in the safety of a foster home. Since arriving in foster, the kittens have opened their eyes and have started to explore their surroundings under the watchful eye of their mom.

Had Savanna and her new babies arrived at the shelter this time last year, it’s possible that their fate would have been different. North Carolina is one of just seven states that, collectively, account for more than half of all pets killed in our nation’s shelters. Because North Carolina is only saving slightly more than 60 percent of the more than 276,000 cats and dogs entering its shelters each year, the state is a priority for Best Friends’ regional work and progress toward the 2025 no-kill goal. 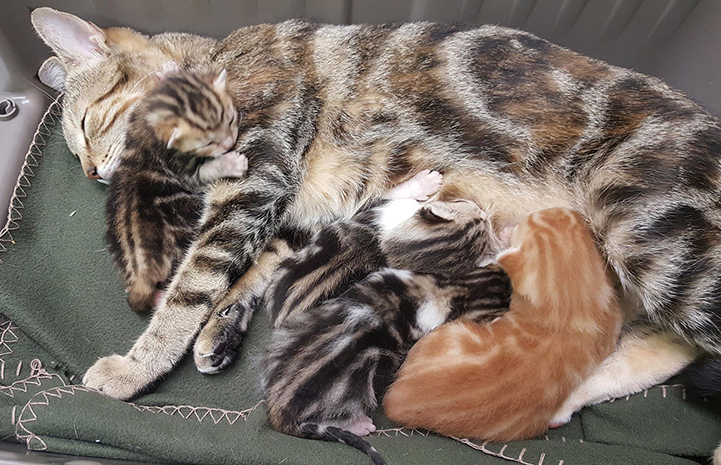 Last spring Pitt County Animal Services, a Best Friends Network partner, received a grant through Best Friends’ new shelter outreach program, along with hands-on training for animal control officers and ongoing mentoring and support. The shelter outreach program, created through a generous gift from Maddie’s Fund, is available across the country at no cost to participating shelters (#ThanksToMaddie).

With help from Best Friends, Pitt County Animal Services launched a trap-neuter-return (TNR) program and turned the tide for homeless cats in the surrounding communities. “The progress we’re seeing is something that hasn’t happened here in 18 years,” says Michele Whaley, shelter director. 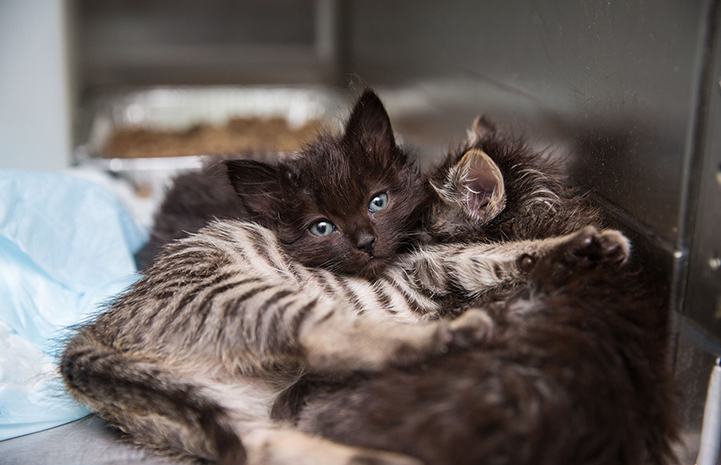 That progress includes kitten foster recruitment and training that are helping to save mothers like Savanna and their newborn kittens.

Key components of the Best Friends shelter outreach program are field assessments and hands-on training for the animal control officers often responsible for implementing TNR in their communities.

Sean Ross, one of four animal control officers at Pitt County, was hired last spring to help advance the shelter’s new TNR program. “When I first started, we just understood that at some point during the work week, you’d have to put down a pregnant mother (cat) or a litter of kittens,” he says. “It was just the sad reality of the job.” But now when Sean arrives at work he knows it’s not likely that he’ll have to do that.

Today, instead of picking up cats and driving them to an uncertain future at the shelter, Sean and his fellow officers spend a lot more time talking one-on-one with residents. In many cases, community members simply don’t understand how crowded shelters are and they don’t know how likely it is that animals in shelters will be killed. Bridging that gap in the public’s understanding is the job of field officers like Sean.

Michele says, “We started telling people that we don’t pick up animals and take them in anymore. That’s not a service we provide. It took a few months, but residents are not only onboard, they’re happy to help. They’re grateful for what we’re doing.”

In fact, Pitt County residents have been so supportive of the new approach that they’re often willing to come pick up traps and supplies and help with the TNR work. 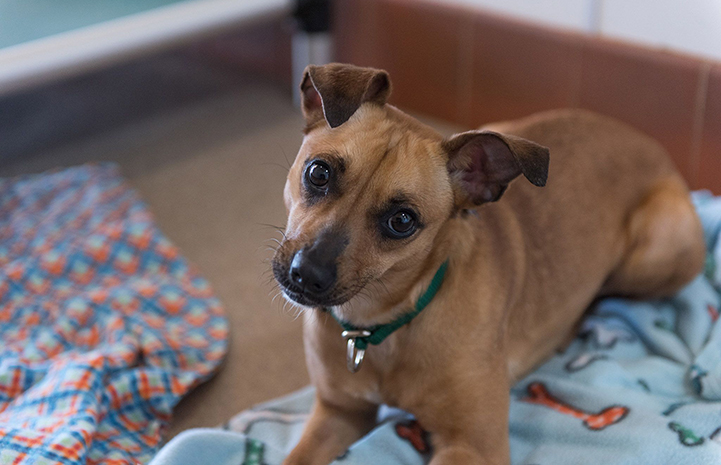 Scott knows how important it is to engage and support animal control officers (ACOs) in shelters’ efforts to save homeless pets in the community. “We’re able to provide these field assessments for shelters because of Scott’s background,” says Michelle.

“The training I’m doing with the ACOs isn’t just about working with community cats,” says Scott. “I go into the field with the officers for a couple days, provide them with training in a lot of different areas such as tools and equipment, different communication styles for engaging with the public — whatever they need.”

Since the outreach program’s informal launch in March of 2017, Scott has conducted 40 animal control officer training sessions through shelter visits and conferences, reaching hundreds of field officers in every corner of the country, including Arizona, Washington, Kentucky and Florida. 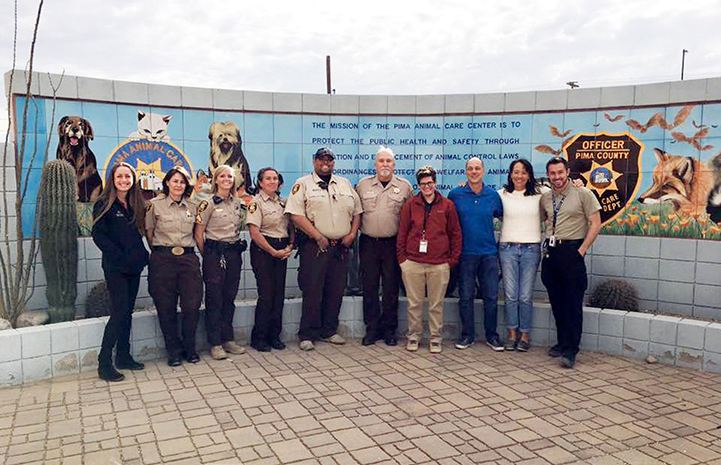 “Scott and Michelle are relatable and accessible,” says Michele Whaley. “They’re able to say, ‘I’ve been there. I’ve done what you’re out in the field doing.’ That’s profound. Scott knows how (animal control officers) feel.”

Animal shelters are unique, just like the animals they help

The people who usually reach out to Best Friends for help are shelter directors. But the staff members doing the hands-on work can be skeptical of one-time recommendations from outsiders. That’s why the Best Friends shelter outreach program focuses on sustained, personal support for shelter staff at all levels.

Once Scott and Michelle visit a shelter and complete an assessment, they work with the Best Friends regional director and specialist for that area of the country to map out a long-term game plan that incorporates additional help from Best Friends staff through mentorships. Whatever the shelter’s big picture needs, Best Friends is there to help put new programs in place.

“As a rule, we avoid a one-size-fits-all approach,” says Michelle. “Through our program, we’re able to tap expertise from all areas within Best Friends and directly connect them with corresponding staff at the shelter, based on their needs.”

Designed to be both data-driven and strategically linked to Best Friends’ 2025 no-kill goal, the new shelter outreach program harnesses the lifesaving power of Best Friends and its more than 2,200 network partner organizations across all 50 states. The program is already at work in California, Texas, Florida and Kentucky — where some of the highest numbers of pets are killed in shelters each year. 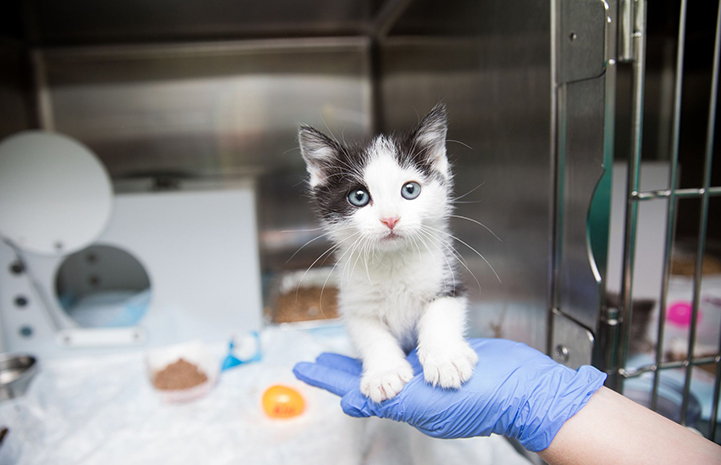 “Our program is data-driven, based on the seven states in the country where most of the animals are dying,” says Scott. “But it’s also strategic in that we’re focusing resources on shelters and cities that can serve as models for their region, like Chicago in the Midwest. That way, we can say this is what your neighbor is doing, and they’re doing it successfully.”

Michelle Logan adds: “We’re able to take what certain organizations are doing really well and show that to other shelters. That’s a unique component of our network.”

Shelters working to sustain lifesaving success with cats and dogs

As the spring kitten season starts to impact animal shelters across the country (including Pitt County), Michele Whaley is planning to sustain the progress made over the last year. 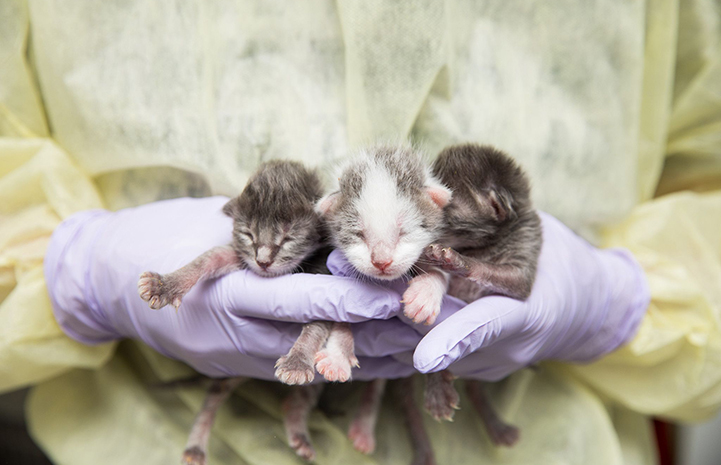 “This past February, we only had to put down eight cats. We’re seeing the data turn,” says Michele. “It’s helping the staff with compassion fatigue and it’s giving us energy. We’re not at no-kill yet, but we’re starting to knock on that door.”

Best Friends’ shelter outreach program is being rolled out in multiple states and the demand is already high. “We’re getting so many requests and applications for visits — which is great,” says Michelle Logan. “We can’t be everywhere at once, but if there’s a major lifesaving need where they are, we’re going to try to meet it.”

You can help save pets in all 50 states. Join Best Friends.