Saving Rockford the dog after a car accident

Image
Dog hit by car receives treatment from surgical specialist to repair his broken legs and hips. He is on the mend now and receiving physical therapy.
By Christelle L. Del Prete

When sweet Rockford was brought to the Sanctuary last November, his tail was still wagging. But that was about the only part of his body that was happy. The poor two-year-old dog was weak and in pain. He’d been found on a roadside in New Mexico after he was hit by a car.

A true survivor, Rockford fought for his life and held on until a good Samaritan found him and got him to a Best Friends No More Homeless Pets Network partner organization. Then he was on his way to the Sanctuary for the critical medical care he needed.

Dog hit by a car gets help for trauma

Rockford’s injuries were so severe that they required the help of a surgical specialist. Rockford was transported from the Best Friends Animal Clinic to a specialist in Las Vegas, where he had several surgeries to repair his broken legs and hips.

Although the surgeries were successful, Rockford had a long recovery ahead of him. He moved into the Best Friends Animal Clinic and began his rehabilitation, which included regular trips to the Best Friends fitness center to do hydrotherapy three times a week. He also began going for short walks on the sandy trails behind the clinic. 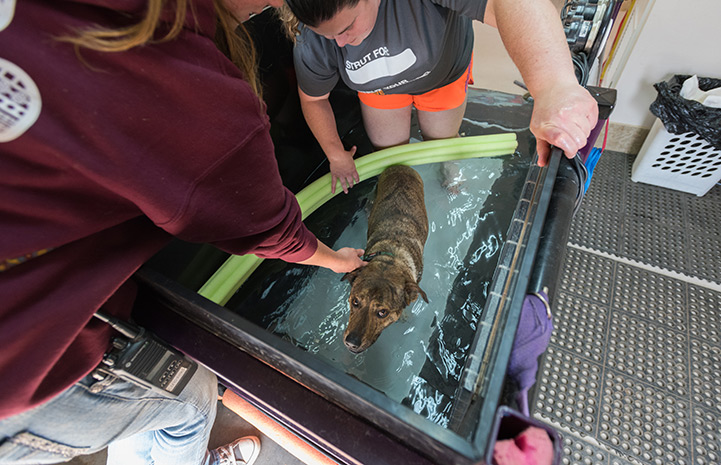 Starting out at an easy pace

It was slow going at first. The speed of the treadmill in the fitness center’s hydrotherapy tank is set according to a dog's size, stride and physical ability. At first, Rockford needed it set to where he could move at a slow, easy pace. When he was out on the trails, he ambled along slowly and took frequent breaks. But slow and steady wins the race, and Rockford was on the mend.

He steadily regained his mobility and increased his strength. Then he hit a milestone by moving out of the Best Friends Animal Clinic and into the kitchen in one of the Dogtown buildings. 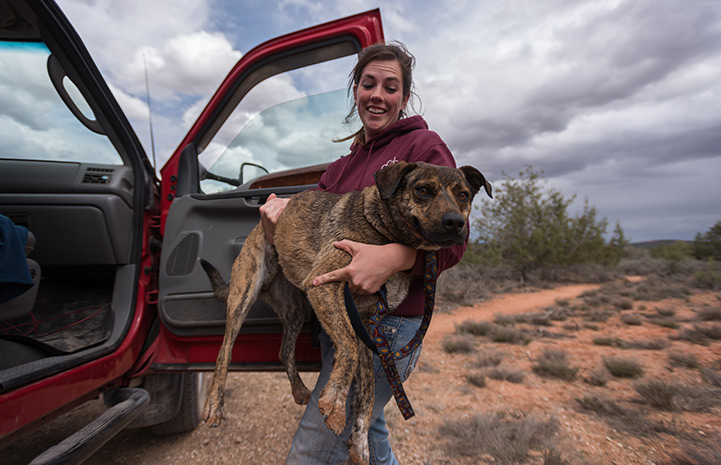 Working up to full speed

Rockford’s rehabilitation is still in full swing, though very soon he’ll be taken off the restricted activity list and be treated just like any other normal, healthy Sanctuary dog. He’ll have regular access to a full-size yard, and he will be able to meet other friendly dogs and perhaps find a playmate.

He still goes to hydrotherapy a couple of times a week and does swimmingly well. He’s been moving a little faster on the watery treadmill lately, and he seems to really enjoy his sessions in the tank.

Walks on the Sanctuary trails and trips to the dog park with Dogtown volunteers and caregivers have also become the highlights of Rockford’s days. He’s quickly working up to full speed, so he’s no longer ambling but now he’s cruising along the sandy trails. At the dog park, he often can’t resist a good long dig in the dirt.

“Not letting his past hold him back”

Rockford looks forward to his daily outings so much that, when he sees Dogtown volunteers arrive in the morning, he rushes up to his gate to greet them and wait (as patiently as he can) for one of them to take him on a little excursion.

Now that Rockford’s injuries are almost completely healed, he’s full of excitement and can hardly wait to get moving more every day. “He greets every morning with his own happy dance, not letting his past hold him back,” says Dogtown caregiver Kirsten Mailloux.

Whether he’s hiking the trails, digging in the red dirt or just taking a break in the shade, it’s hard to imagine the shape Rockford was in when he first came to Best Friends. Sometimes, Dogtown volunteers and visitors can hardly believe that the happy, carefree dog they see today had such a rough past. Because these days, when Rockford’s tail wags, his whole body wiggles and dances right along with it. 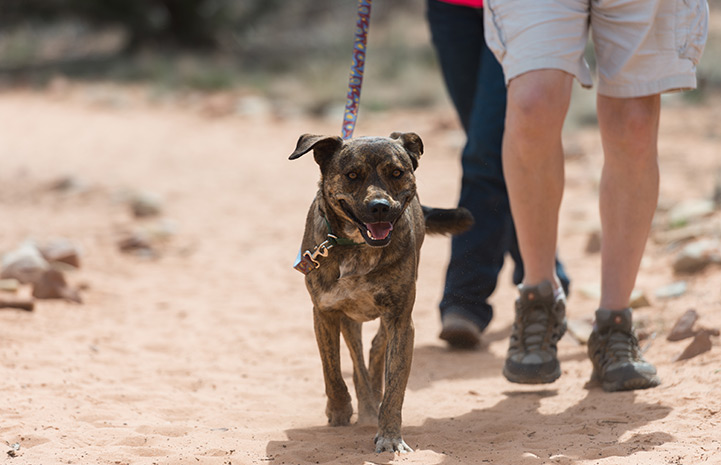