Image
Scruffy terrier with broken femur has surgery to place four pins in her leg. She's feeling a lot better and more confident, and ready for adoption.
By Celia Soudry

When Trudy first arrived at the Harris County Animal Shelter in Houston, Texas, the scared pup was walking around on three legs. Not only had the scruffy little terrier mix lost her home, but her leg was hurting badly enough that she couldn’t bear weight on it. She needed medical attention as soon as possible, and while it was unclear exactly what Trudy might need, one thing was certain: She needed to get out of the shelter. 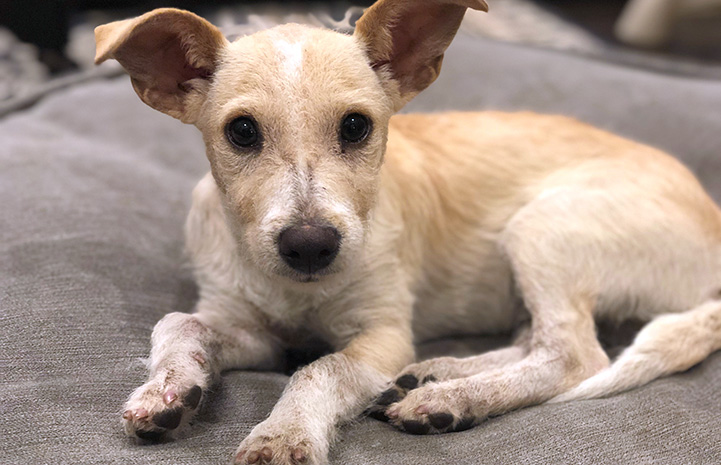 Surgery for a shelter pup with a broken leg

Luckily, Best Friends Animal Society has a program in Houston where the staff works closely with the Harris County shelter. Kerry McKeel, senior program manager, saw little Trudy in her kennel and agreed to take her into the Best Friends program to get her the help she needed.

Even though she must have been in pain, Trudy was quiet in her kennel. “She was pretty shut down and unsure,” says Kerry, who immediately took her in for an X-ray that confirmed a broken femur. The veterinarian helped make arrangements for Trudy to go to a specialist for surgery, which was successful. Soon after, with four pins in her leg, Trudy was on her way home with Kerry, who stepped up to foster the little dog while she healed. 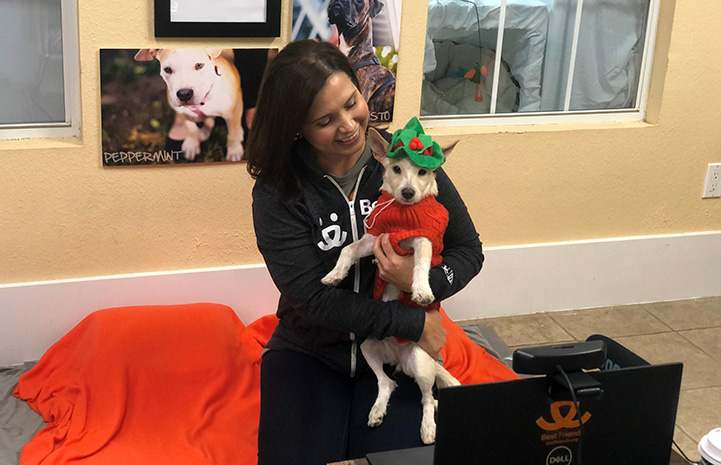 Life after leg surgery and a new foster home

It took Trudy a while to begin to relax, but once she did, her true personality began to shine. “The minute she decompressed and started to feel better, her tail did not stop wagging,” says Kerry, “Despite her injury, her whole body would wiggle with happiness every time a person greeted her.”

Kerry shared photos of Trudy on her personal Facebook page, and that’s how Carolina Ochoa first saw her sweet little face and then inquired about fostering. Since little Trudy was well on her way to being fully recovered, Kerry was happy to let her go to a new foster home with Carolina and her three young children.

Trudy was a bit nervous at first because, after all, she didn’t know what was happening to her or what was coming next. But after her first day in the new foster home, she was back to her wiggly, happy self.

Now, “Where is Trudy” is the first thing Carolina’s girls ask when they get home from school. And in the mornings when they leave for school, Trudy cries. Once she’s comfortable and knows she’s safe, she wants all the attention and love she can possibly get. One of her favorite pastimes is sitting on people’s laps while swinging in a hammock. She’s come such a long way from her days in the shelter. 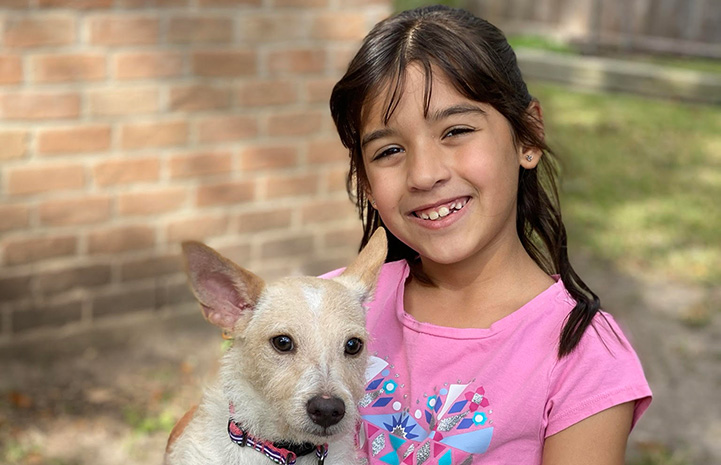 Next stop: a permanent home

Because of the fracture and subsequent surgery, Trudy still limps a little. But the pins will soon be removed, and she’ll be spayed as well. That’s when her ordeal of ending up homeless and hurt in a shelter will truly be over, and she’ll be ready for the next chapter in her life — a permanent home.

According to Kerry and Carolina, Trudy will be a good fit in just about any home. She gets along with other dogs and cats and loves people.

“Trudy adores attention from everyone and has been around people from 76 years old (my dad) to four years old (my son),” Kerry says. “She has thrived in two different foster homes with kids who are four, six and eight. She loves to explore nature and lounge in front of the fireplace on cooler Houston nights.”

Sweet and full of energy, Trudy loves to play with Carolina’s three girls. “She loves to fetch and cuddle. She is kind and playful, and we have been lucky to have her at home with us,” Carolina says.

Things are looking up for Trudy. Now that she’s no longer scared and hurting, she’s more than ready for her next adventure of finding a home where she can be loved for years to come.

Save a life, foster a pet near you 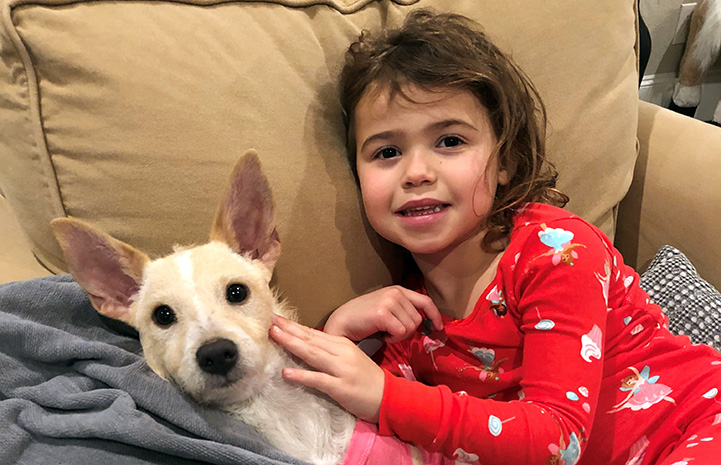 Best Friends in Houston is working collaboratively with city shelters, local animal welfare organizations and passionate individuals to save the lives of pets in shelters in Houston and the surrounding areas. To help Houston become a no-kill city for cats and dogs, Best Friends launched the Coalition to Save Houston’s Pets in April of 2018 followed by a community cat program, foster programs for dogs and cats, local adoption programs and an out of state transport program. Currently, Best Friends has full-time staff embedded at the Harris County Animal Shelter, one of Houston’s largest shelters. Together, we will Save Them All.