A second ‘childhood’ for a starved horse 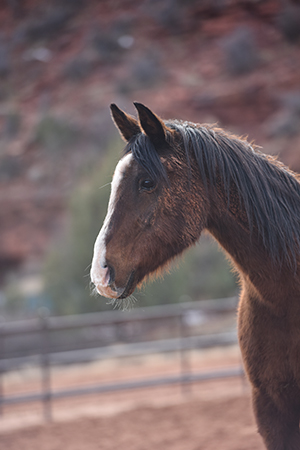 Sid’s body was failing when he arrived at Best Friends Animal Society this past fall. It wasn’t because the gentle part-Arabian was 28 years old, but because he’d been starved. Though no one had intentionally abused Sid, he was rescued by a Best Friends Network partner from a home where his elderly person could no longer afford to feed him.

Sid’s condition was grim. On a horse body condition scale of one to nine (where one is an extremely emaciated horse and nine is an extremely overweight horse), Sid scored a two. But even then, when he was at his weakest and most exhausted, Sid had a certain light in his eyes. It was a sparkle that told his caregivers at Horse Haven (where the horses live at Best Friends Animal Sanctuary) that, if they could help him, he was going to come back from this.

How to refeed a malnourished horse

Horse Haven staff got to work. They knew exactly what to give a horse to gain weight and the best way to help a starved horse get healthy again. Horses with starvation symptoms have to be refed slowly. Refeeding a malnourished horse is long and delicate process that involves following a strict horse feeding schedule, where the amount and type of food the horse eats is carefully controlled. Otherwise, the horse can show signs and symptoms of refeeding syndrome, which is when a horse recovering from malnutrition gets too many calories at once. Overwhelmed, the horse’s body can go into shock, which can be fatal.

“Having a veterinarian involved in the process is crucial to the successful recovery of malnourished horses,” says Jen Reid, manager of Horse Haven. Best Friends vets and caregivers know how to treat refeeding syndrome, and they watched Sid very carefully for refeeding syndrome symptoms such as bloating or colicking. Because Sid was under such close observation and Sanctuary vets were involved every step of the way, Sid did well. He made it through minor colic episodes during those early days at Horse Haven when he was still very unstable. 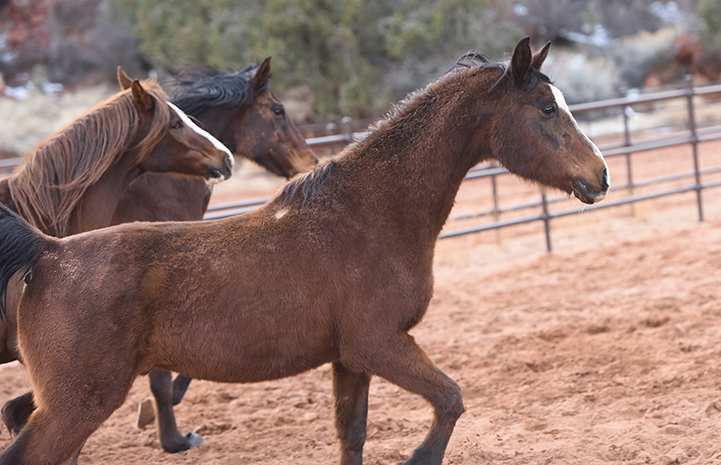 Much like a hobbit in the Lord of the Rings series, Sid loved the small meals he ate multiple times a day. “He got breakfast, second breakfast, elevenses, lunch and so on, and we made all the food mushy for him, because he has no teeth,” said Jen.

Because Sid can’t eat hay, he gets a stew of grass pellets soaked in water, mixed with daily vitamins and a probiotic. It’s a horse feeding plan that has worked wonders for him. As his body filled out, Sid began feeling more like his old self, which is to say he became energetic and playful. 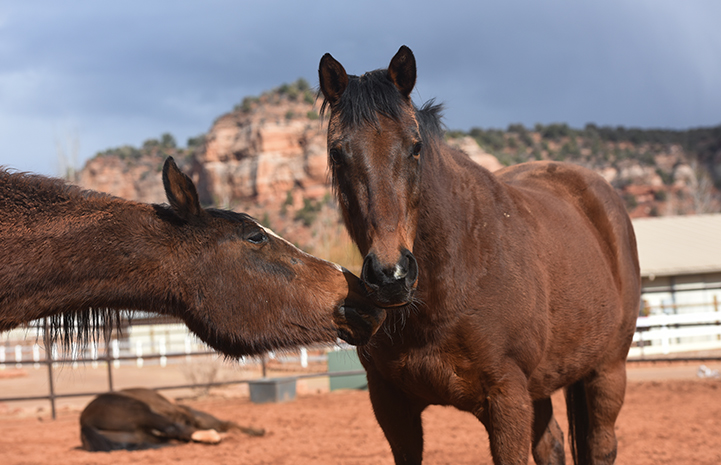 A once-starved horse joins the herd

When he first came to Horse Haven, Sid couldn’t handle any exercise and had no energy whatsoever. He needed to consume calories, not burn them. And when he started to put on weight, he was able to upgrade to a larger living space and begin going walks with caregivers for 10 to 15 minutes. Then, after meeting them over the fence, it was time for Sid to mingle with some of the horses who lived next door. 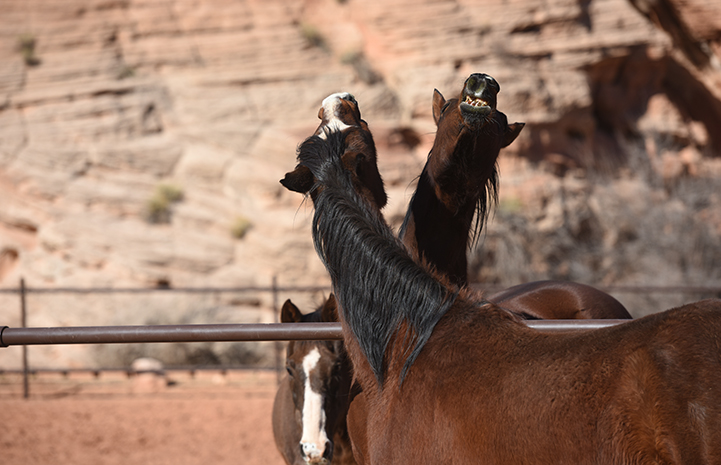 Sid’s first introduction to herd in early February was only about 20 minutes, and it left him winded. But he had a great time running around the pasture with his tail up over his back, and he had made three new friends.

Gradually, Sid’s time in the herd got longer, and he can now hang out with his horse friends — including his younger pal Felix — for a half-day, every day. Soon, he’ll be living with Felix’s group full time.

In just a few months’ time, the now 29-year-old horse has not only returned from the brink of starvation, but he’s also shown a remarkably playful spirit and lots of physical resilience. 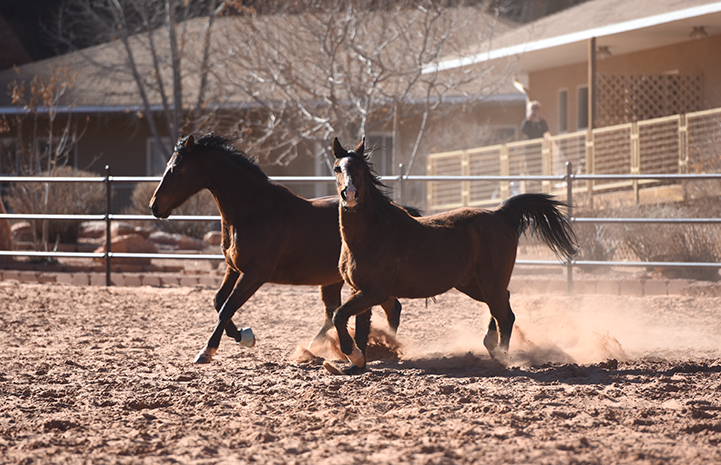 “He is really lucky in a lot of ways,” says Jen. “He has a great range of motion. He can run like the wind, and he can roll around on the ground and get right back up again. He and Felix play and play. Not all older horses are this spunky and playful, and these two make super cute playmates.”

Sid hasn’t yet completed his treatment. He’ll still eat frequent small meals until his body fully recovers, and he’s still working on building up his strength and stamina. But in spirit, Sid has always scored a 10, and now, with his much-improved health and his new equine friends, he’s loving his second childhood at the Sanctuary. 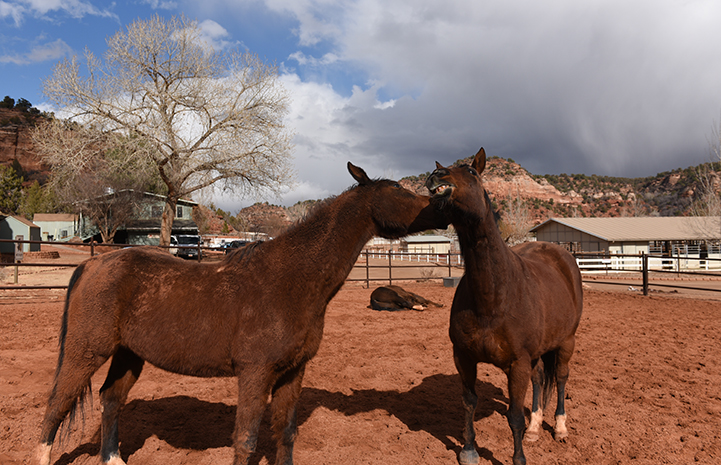