Senior cat with cerebellar hypoplasia (CH) is wobbly when he walks, but that doesn't stop him from being charming, affectionate and sweet.
By Christelle L. Del Prete 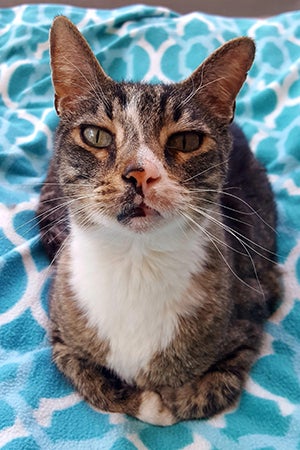 If you have the opportunity to meet Lance, the first thing you might notice is how affectionate and sweet he is. If he’s sleeping in his favorite spot (in the trunk of a giant cat tree) and you stop by to say hello, he’ll come out to greet you, even if he was fast asleep. Most likely, Lance will give you a head butt or two and then flop over to be petted. He’ll lick your hands and look up at you with adoration too.

The other thing people notice about Lance is that he has some neurological problems when walking. His front and back legs are a bit stiff and splayed out, so his movements are uncoordinated, and sometimes he stumbles and falls. He’ll never be as quick or agile as some other cats, and he’ll never be able to leap up gracefully onto someone’s lap or into a cat tree.

Mealtimes can get a little messy, and he needs a low-step, easy-to-access litter box to keep things tidy. But what Lance lacks in motor coordination, he more than makes up for with his personality. The fact that he’s 13 years old just means he’s that much more charming — and a lot wiser and calmer than a kitten. 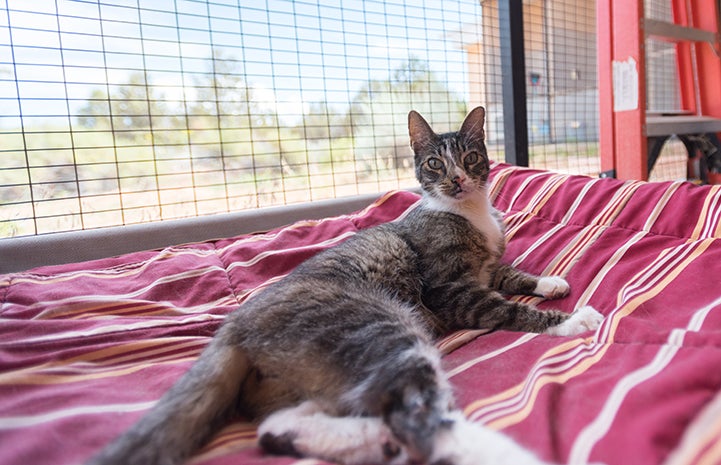 Saving a kitten with cerebellar hypoplasia

Lance’s story began back in 2005 when he was just a tiny, three-month-old kitten who’d been found in a woodpile. His mother and siblings were nowhere in sight, and it was the middle of the summer in Phoenix, Arizona, where it gets dangerously hot. Lance had been out in the elements long enough that he was near death. Luckily, a good Samaritan rescued him and helped him get to the Sanctuary.

The Best Friends veterinary team was able to save Lance’s life. Although they could not cure his neurological condition — feline cerebellar hypoplasia in cats (CH) is incurable — the little kitten would have a chance at a perfectly happy life. As soon as Lance felt well enough, he headed to a Best Friends foster home where he could recover and grow. 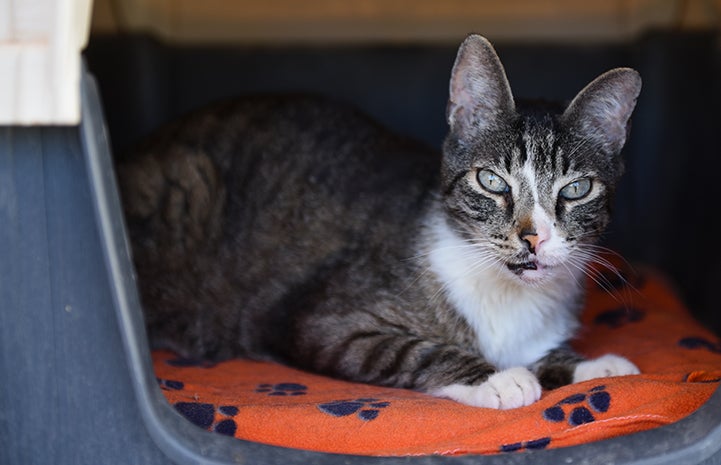 Symptoms of cerebellar hypoplasia in cats include wobbliness

Though Lance didn’t suffer any permanent damage from his ordeal in the woodpile, growing big and strong be a little different for him than other cats. Cats with CH are sometimes affectionately called “wobbly cats” or “CH cats.” Their condition is sometimes referred to as “wobbly cats disorder,” because CH occurs when the part of the kitten’s brain that controls motor function (the cat cerebellum) does not fully develop before they are born. Usually, this is a result of the mother cat contracting an illness like distemper or parvovirus while pregnant.

Cats with CH are born that way, and while the condition is lifelong, it does not worsen with age. Lance always had a certain amount of wobble in his walk, but that didn’t stop him from finding a great home in 2005. And, because life with CH cats can be every bit as joyous and rewarding as life with cats without the condition, Lance lived happily with his person for nearly 13 years.

Read about other adopted cats with CH 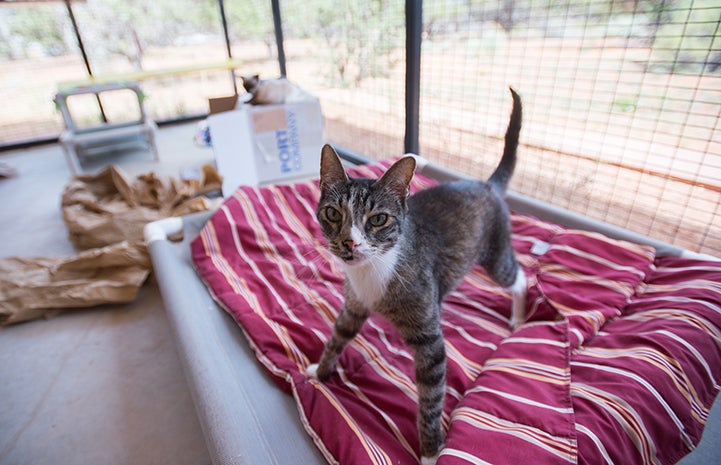 Matching cats with cerebellar hypoplasia for adoption into good homes

When his person had to move into assisted living and no one else in the family was able to care for him, Lance came back to Cat World at the Sanctuary. It was the best possible place for him to land, since he’s exactly the kind of cat who would have been at risk of being killed in a shelter. That’s because, sadly, many shelters don’t have the resources to help cats like Lance find homes.

At Best Friends, however, caregivers and adoption specialists have a wealth of experience caring for and matching cats with cerebellar hypoplasia for adoption with the right people. That means there’s no reason Lance can’t find another happily-ever-after home in his golden years. And one thing’s for sure: His sweet-as-pie personality certainly won’t hurt when it comes to winning someone’s heart. 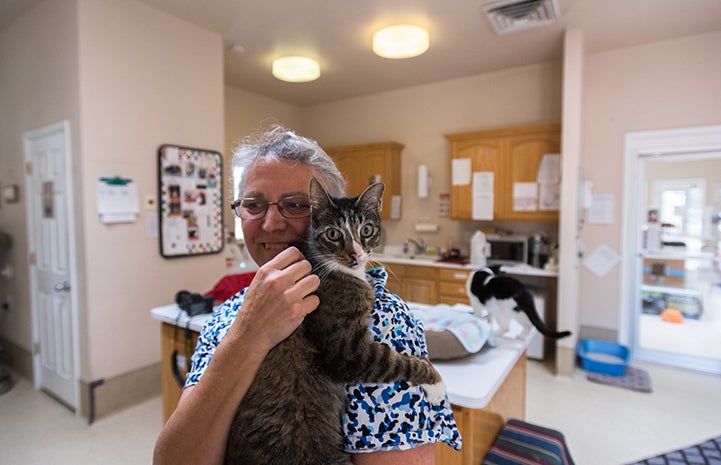