Senior cat found herself homeless after diabetes diagnosis, but she is doing so much better now

Image
A cat who was diagnosed with diabetes lost her home, but with special care and treatment, her disease is now in remission and she has a new family.
By Nicole Hamilton

When Clicquot was at the Best Friends Lifesaving Center in Salt Lake City, it was plain to see why the senior kitty was named after a bottle of good French champagne. “She’s sweet,” says adoption specialist Danielle Barnhart, “and she’s aging like a fine wine.”

Clicquot loved meeting new people at the center and playing with toys, but she had no problem retreating to her condo for a little alone time. For Clicquot, it’s all about balance.

You’d think with a personality that’s both playful and easygoing, Clicquot would quickly find a home. But she also had diabetes, which required her to get daily insulin injections and be on special diet, a combination that gave pause to potential adopters. Still, the team at the center knew from their experience finding homes for countless special-needs pets that Clicquot would eventually find hers, too. 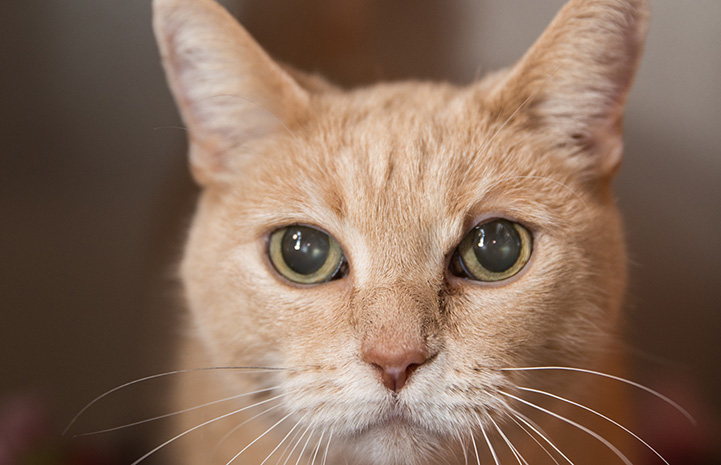 Clicquot came to Best Friends several years ago from a large municipal shelter. Soon after, she was adopted and lived with her family until a little more than a year ago, when she was diagnosed with diabetes. Concerned that they lacked the capacity to care for her, the family made the tough decision to return her to Best Friends.

To help Clicquot manage her diabetes, the center’s medical team treated her with the daily insulin injections and the special diet. She also spent time in a couple of foster homes, where she would get the opportunity to relax. Adoption centers (no matter how nice) can be stressful for cats, and since stress is the last thing a diabetic senior cat needs, those foster homes played a big role in helping Clicquot maintain her health and well-being.

“It was a long road of blood tests, injections and monitoring,” says adoption specialist Sammi Nelson, who also coordinates volunteers at the center. “But she always took her injections like a champ.”

Being a good patient paid off for Clicquot. While she still has to follow a special diet, her diabetes went into remission and she no longer needed insulin injections. She was more than ready to find a home.

Open to adopting a pet with special needs

Melanie and Stephen, who came to the center looking for a cat, were open to adopting one with special needs. Melanie says the idea of older pets spending their golden years without a home tugged at their heartstrings, and they had always considered the possibility of adopting an older or more medically complex cat.

It doesn’t hurt that Melanie is in her final year of residency training in pediatrics. And while she’s not studying veterinary science, she was confident that if she adopted a special-needs pet, the knowledge she gained in medical school would be helpful.

When they first met Clicquot, Melanie and Stephen immediately fell in love with her. They didn’t hesitate when they learned she was a senior with a history of diabetes that required a special diet (although they still decided to take the night to think it over). The next morning they headed back to the center to make it official. Clicquot recognized them when they walked in, sat up when she saw Melanie and looked expectantly as if to say, “OK, can we go home now?”

As she settled into her new home, Melanie and Stephen loved watching her personality unfold. “She likes to think of herself as independent, but there’s nothing she loves more than sitting on our laps or joining us in bed for some good snuggle time,” says Melanie.

Clicquot is also a fearless explorer of closets and shelves, and she thinks tossing her toys in the air is the best game ever. Her most unusual habit, says Melanie, is bringing her stuffed strawberry (gifted to her by Best Friends) into their bedroom, yowling at the top of her lungs just as they’re falling asleep. “Clicquot doesn't mind sharing her opinion, especially about the correct ratio of cheek-to-belly scratches,” she says. 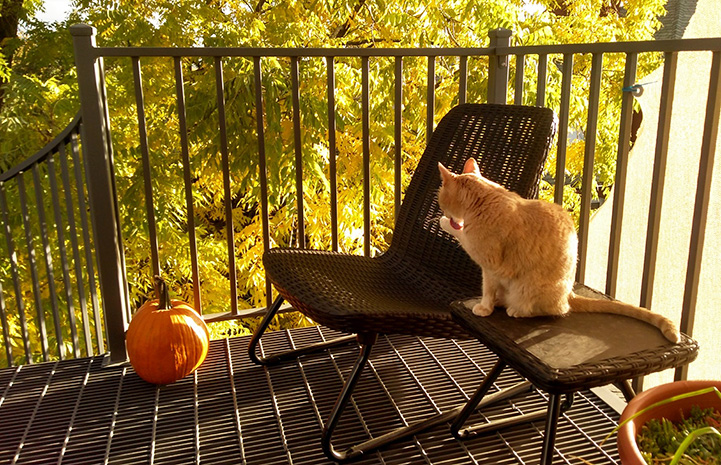 About a month after Melanie adopted Clicquot, she took her to the veterinarian and got some very good news. Not only is Clicquot’s weight stable, but her diabetes remains in remission.

To keep it that way, Clicquot is on a strict diet of prescription cat food, and while it’s a little more expensive than your average feline fare, Melanie and Stephen don’t see it as a burden. Rather, they see it as a joy and privilege — even when Clicquot tries snacking on the houseplants (which is strictly forbidden). “Watching her try increasingly creative ways to reach them on the top shelf, and then watching her reward herself for her hard work with a nap in the sunshine has been well worth any inconvenience,” says Melanie.

Since Clicquot’s been around, Melanie and Stephen say she has impacted their lives in unexpected ways. She’s brought them closer, and they dance more now, too. Says Melanie, “We spend untold hours guessing her mood and thoughts, cooing over her and dancing with her while she pretends not to like it.”

Clicquot has also taught them the importance of a bedtime ritual (no matter how ridiculous), the value of a chair in the sunshine with a good view of the squirrels outside, and perhaps most important of all — how taking a chance and adopting a cat with special needs leads to countless, unexpected rewards — and a little more dancing, too.

Adopt a homeless kitty near you 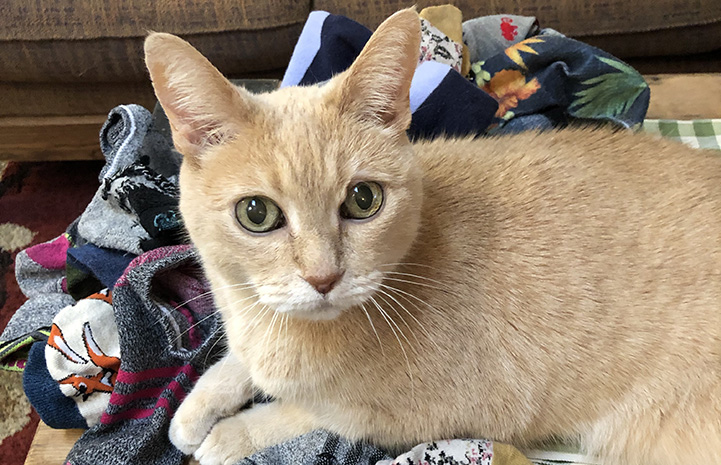 Photos courtesy of the Melanie and Stephen and Sarah Ause Kichas