Image
Senior cat inspires his adopters to write a book called ‘Steve, a Shelter Cat' about him and cats like him who have a difficult time finding a home.
By Nicole Hamilton

When Cori and Christopher first saw a cat named Houdini on the Best Friends Pet Adoption and Spay/Neuter Center in Los Angeles website, they were drawn to a photo of him cuddling with his favorite stuffed bunny.

The adorable photo was enough for Cori and Christopher to want to meet him in person. They had their hearts set on choosing a cat who really needed them — maybe an overlooked senior. Houdini, so-named because he’s a master hider, checked all the boxes. At eight years young, he’d been at the center a bit longer than most of the other cats.

Things got even more promising for Houdini when Cori and Christopher came to meet him.  “He looked sad but was so sweet when we went to pet him,” says Cori. “We melted.”

Houdini found a home that day, and Cori and Christopher found inspiration in his story — so much, in fact, that they decided to write a book about his life called Steve: A Shelter Cat. But the children’s book isn’t just about Houdini. It’s also the story of thousands of his fellow shelter cats across the country — many of them in danger of being killed just because they don’t have a place to call home. 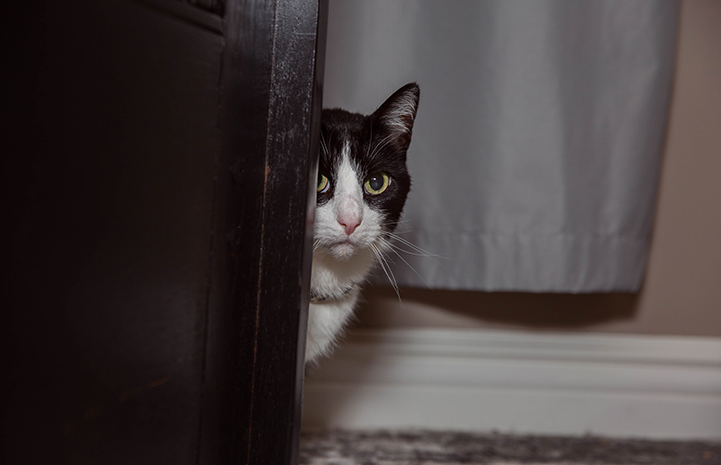 Help for a homeless cat

Long before Houdini became the subject of a book, he was surrendered by his family to Los Angeles Animal Services, an organization that works in partnership with Best Friends Animal Society to save the lives of L.A.’s homeless cats and dogs.

Shelter life wasn’t Houdini’s cup of tea. From the start, he hissed and cowered in the back of his kennel when anyone came around to help him. Day by day, he remained unwilling to let his guard down, and that was a big problem.

With that kind of attitude and being surrounded by mellower cats and playful kittens, Houdini might never get the opportunity to meet someone wanting to give him a home. But things got a little brighter when he came to the Best Friends Pet Adoption and Spay/Neuter Center, a place where he’d have more time to settle in and hopefully be adopted. 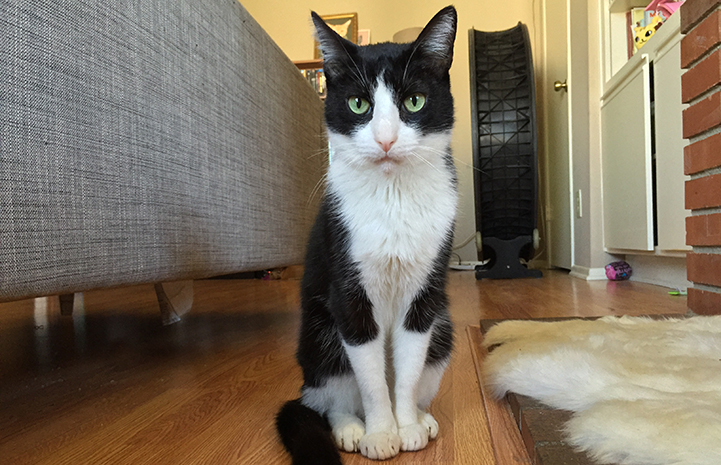 Samantha Bell DiGenova, the center’s cat behavior and enrichment lead, was one of the first people to visit Houdini when he arrived.

“He was in a tense little ‘cat loaf’ on the shelf in his cage, which showed that he was nervous,” says Samantha. “But I didn’t read any warning signs that he was upset in his body language, so I gently reached one finger toward him to pet the top of his head. He just sat there, quite tense, but he definitely was not opposed to touch.”

When Houdini started initiating the petting by leaning into Samantha’s hand, she brought him into her office, where he sat in a cozy little bed beside her desk while she worked. And then she decided to foster him in her home.

Houdini flourished outside the center. “He became quite a silly, playful little ham,” says Samantha. And after about three months, with his sadness all but gone, Houdini returned to the adoption center ready for a home of his own.

The day all homeless cats are waiting for

Sometimes it takes senior cats a little longer to get adopted, In Houdini’s case, it took several months. But then one day he closed his eyes for a nap, and when he opened them, Cori and Christopher were reaching out to hold him. A few minutes later, the door to his kennel closed behind him and he was soon on his way home from the center for good. Could he still be dreaming? Oh, no. Houdini had found a home. 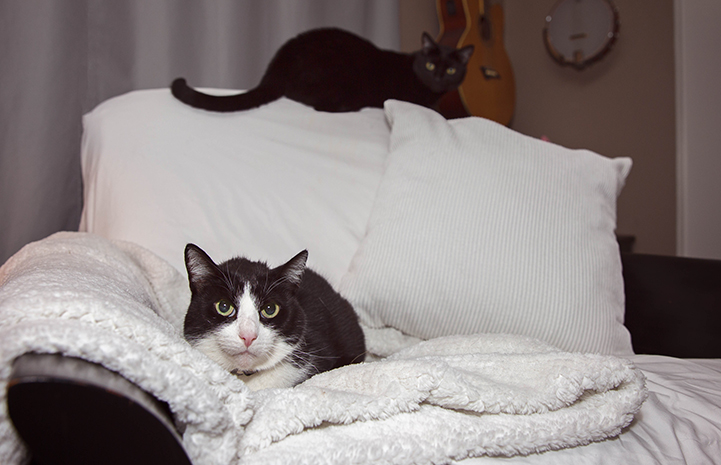 A book that helps save the lives of homeless animals

As Cori and Christopher watched Houdini’s personality unfold in his new home, they got the idea to write the book to raise awareness for hard-to-place animals. Steve: A Shelter Cat, tells the story of a cat like Houdini, who waited patiently in a shelter for a new home. In fact, except for their names, Steve and Houdini share almost everything in common — like the way Steve wiggles when he’s held (much like Houdini when he was first adopted). 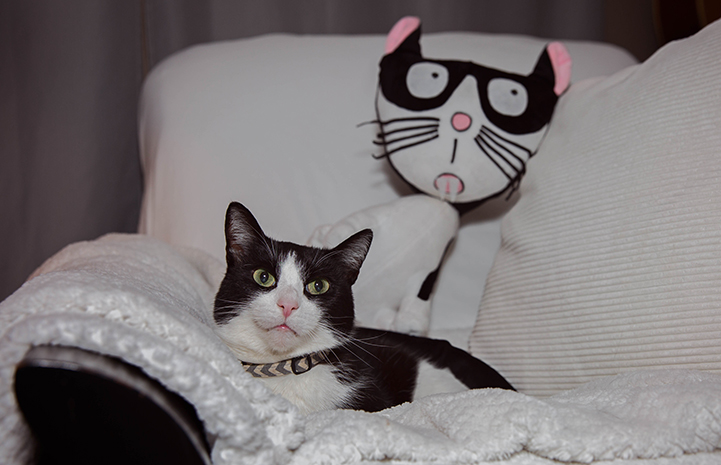 “It breaks my heart to think that there are so many other animals just as uniquely special and sweet still waiting to be adopted,” says Cori, who authored and illustrated the book, with editing help from Christopher.

Steve, the fictional cat in the book, can’t believe his luck when he sees his home for the first time. “I now have a family to give me slow eye blinks, pets and love,” he says. “They think I am perfect, and I think they are, too.”

That’s something Cori knows — the way every cat in a shelter deserves to feel.

“I wanted to bring light to the fact that even though an animal doesn’t look perfect on the outside and is not purebred or young, that they are still amazing and exceptional with incredible personalities that will thrive with love,” she says. “Regardless of their age or how difficult they seem to be, it only takes a little time before your pet becomes part of the family.” 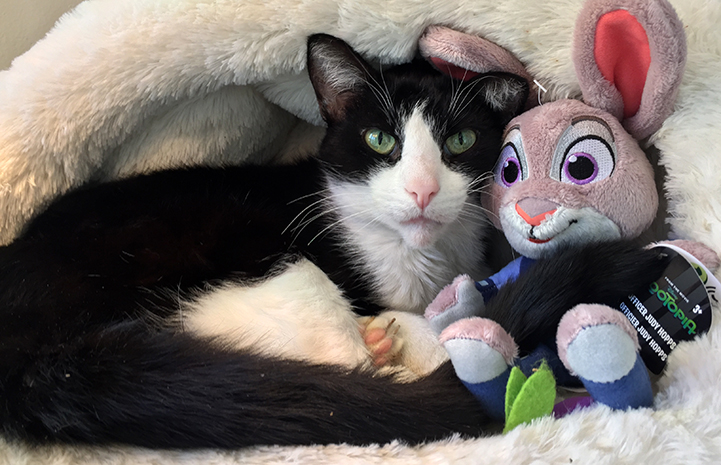